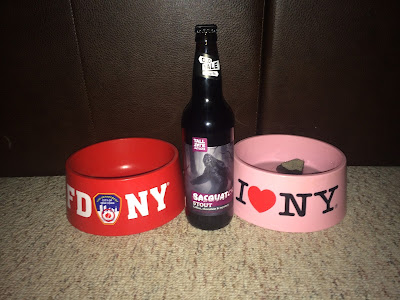 With a rather busy work schedule and a poor beer review last night with no beer review team support,  we decided to try this again. This time with a full staff and a rather promising looking beer, we are ready to kick the cat again for the second night in a row.

Old Yale brewing located in Chilliwack, British Columbia since nineteen-ninety-nine. The year a certain blogger and person who likes to ride his bike 'alone' a lot got married. Thankfully saving him from a lifetime of almost certain virginity.

Chilliwack looks like a pretty kick ass place to spend your life in this vast world. Close to Vancouver but not too close so that doomsday earthquake won't suck you into the soil when it hits. It's home to a Junior A hockey team so there is a good place to get drunk and get into fights. This combined with world class mountain biking and skiing would make you never want to live elsewhere. Oh... And it's close to Seattle so you could probably get away with season tickets to a certain football team.

I think I'm going to go look up jobs there right after this.

With the beer review team back after a good six weeks. Spirits were up and their hype was there as this one made it's paces throughout the room. It was voted as the best beer in Canada in two-fourteen by...  Ummm... It says on their website. By whom? Can they do that?

The pour gave us everything we all love in life in the span of five seconds. Once this stout was shooting into the glass shouts of 'Hallelujah!' and 'Oh my God!' were heard throughout the room. The lead pourer couldn't take it anymore and hat to be replaced as he laid down in a corner and cried like a baby.

Executives were weeping. It was magical.

The pour gave a strong dark looking stout that would slap his own grandfather for not wiping his shoes when he came in to the house. This was a mean looking brew. A two finger cloudy gold head was on top for only a brief moment. Our only thought is the beer scared the head away.

The first sip was an orgasmic explosion of flavour. It literally knocked me off my feet and I had to take five minutes to try and compose myself. Once back I sipped some more.

Off my feet again. Do I keep going?

I did and the beer kept throwing punches which I learned to dodge and hit back. Coffee and dark chocolate laced with dark dried fruits with a touch of smoked wood. All this with a real nice mouth feel with something that doesn't go down too hard and is really quite pleasing when you taste it. Zero bitterness, 100% awesome makes this one an easy choice to go out and get.

Come on! What are you waiting for? 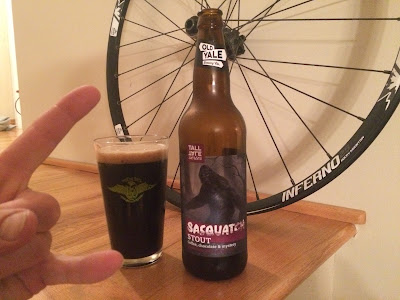