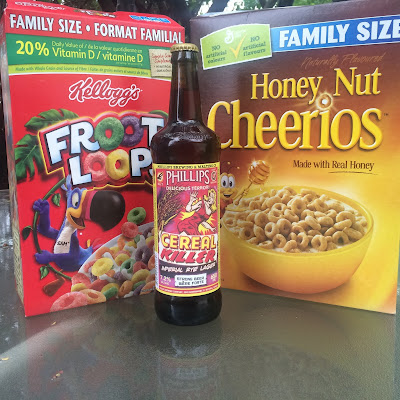 After a good three hour YouTube journey which ended at me watching model train disaster videos I knew it was time to put down the iPad and do some stuff. That soon got disrupted when I received a phone call from the Lonebiker executives in a board meeting wondering why I wasn't riding. I told them I had model train videos to watch and there was a lot of screaming heading in my general direction over the phone.

These Lonebiker executives can be real power hungry assholes.

The call ended after it was decided to do a beer review this afternoon as me and Mrs Lonebiker have a night out planned.

Phillips Brewing & Malting Co. Yet another craft brewery in British Columbia is located in Victoria. This great brewery is now making it's fifth (I believe) appearance on here. With the four previous beers all winners from what I can remember.

An easy drinking strong beer and I'm complaining? Easy there cowboy. That's not the case, I was only thinking it would bitch slap me a little harder is all. The beer is very easy drinking and with a high alcohol content that shit is dangerous. So be careful kids. This one will fuck your shit up.

This is a good beer, perfect for the patio on a hot Saturday afternoon, which is not the case as I write this here in Edmonton. This is a good tasting rye beer that is low on carbonation and is very easy drinking given the 7.2% alcohol content. 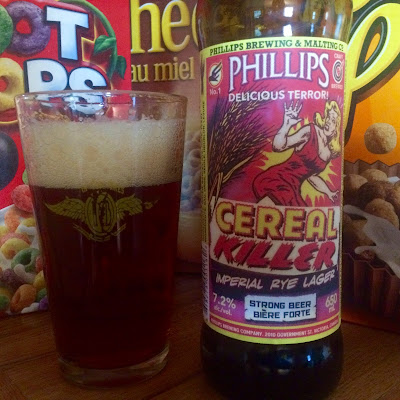