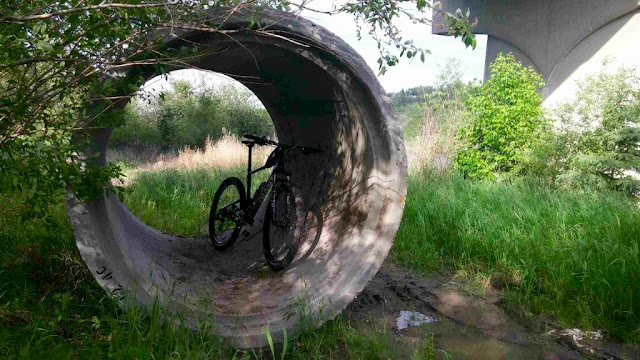 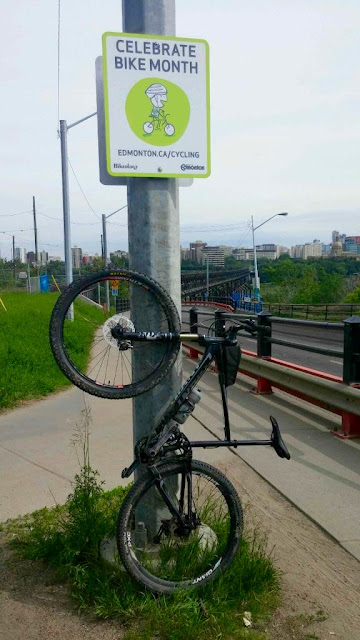 While slaving away at work today I was rewarded with many text messages from a member of the Lonebiker brethren. Kent.

This guy was on a heroic journey today. A ride I attempted last weekend but was forced to shut er down due to bike issues.

He owned the valley today, I was going to ride after work today but it was clear Kent ruled the roost in the valley for the day and I was not worthy to tread in those areas. All three of the lonebiker brethren have had massive rides as of late and I ordered the executives to send them shrimp dinners for congratulatory behavior.

The following is text message transcripts sent to me as I slaved away from the ride. These are text messages, so you know...

Just climbed out of caddyshack.... Andre's east to west is awesome! Trail boner! So was gold digger and moonraker! So hot right now! Feeling awesome on hump day as I give it to the bridges of our river valley!

A few things that crossed my mind i text you already.Don't know why we ever go by the rivers edge when moonraker and gold digger are awesome!Andres trail should always be ridden east to west.I hate hawrelak multiuse. So much so i hit up six shooter and machete and back tracked to the bridge...People watching in the valley is awesome. So many happy people and so many grumpy people.I fucking almost forgot to ride over the walterdale on the way back... Tired and totally forgot what i was doing. I think that was km 70ishI made the penis shape again on terwilleger. I know you like that.The street car was doing it's 'rail check' over the bridge and I kindly asked the guy if I could come with him... He declined. :( I even told him about the ride and how epic it would be. But no dice.I have recently put a bell on my bike... I got into the habit of dinging it along with my music... So annoying.I listened to in orderDan mangan (2 albums)Ben howardFirst aid kitRural alberta advantageAlt-J brought it home for me!The city workers were out in force dog fucking (mowing and trimming) also seen alot of phones and a crossword being done by them.

Well done kind sir, hats off to you. 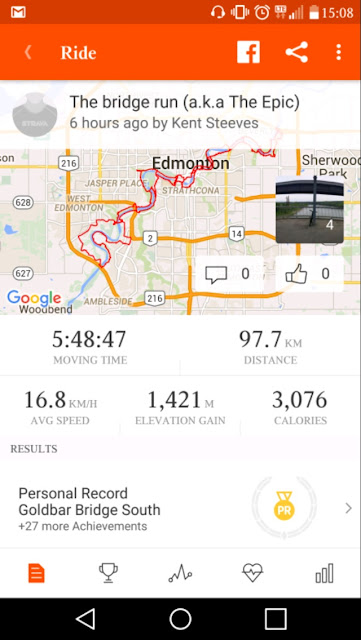