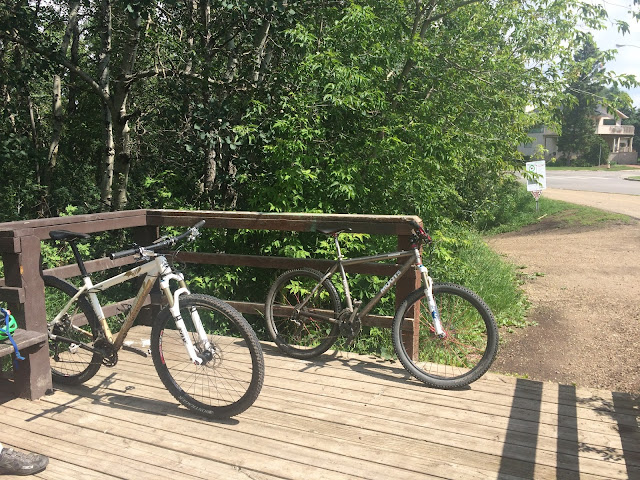 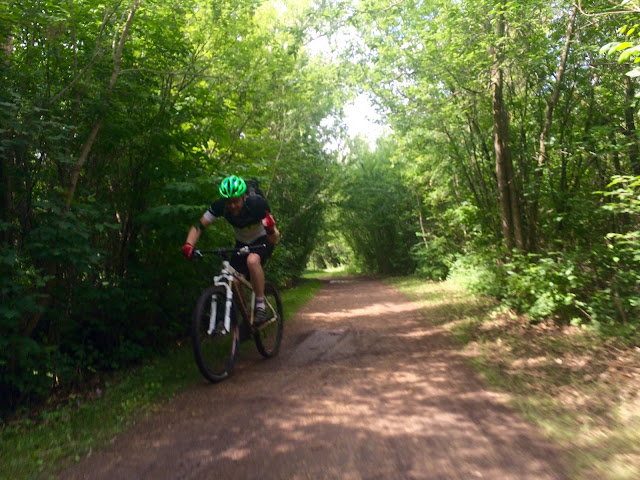 A post Canada Day meet up with Gord on a day I had planned for a lot of lonesome singletrack goodness as the boys were supposed to be on an epic one hundred km ride.

The rain destroyed everyones plans, several texts from Gord this morning with calls to go to the mountains today were shot down as family plans were already made. That saddened me as this is what I wanted this weekend. Another mountain trip. Work will be priority after this weekend sadly.

So we met at Old Timers, Gord being the stud that he is rode from home. We rode West towards Terwillegar not really sure on the final result would be. We ended up turning around on the Fort Edmonton bridge and rode up the nasty multi use into the expensive neighbourhood of Wolf Willow. Ryan Smyth's mailbox was passed again and I shit you not. A crowd of people were standing around it with cameras pointing and shooting. That is one popular mailbox.

The trails were complete shit, no singletrack was ridden other than the new trail in Fort Edmonton. Well partway, things did get nasty so we turned around.

Even the multi use was nasty wet, listening to the new drivetrain scream for help as each puddle threw more grimy slime onto the teeth had me a bit sad.

Bring out the Spring bike? Nope. It's still Summer.