A Morning of Dropped Leaves and Dropped Pedals 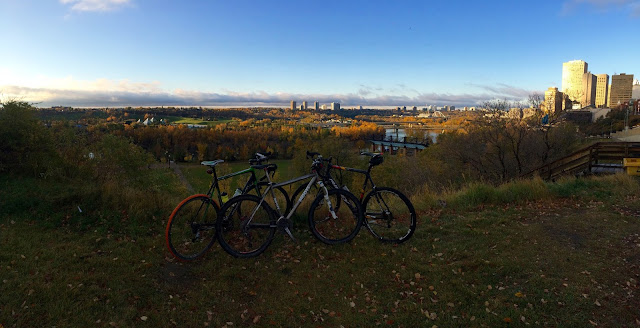 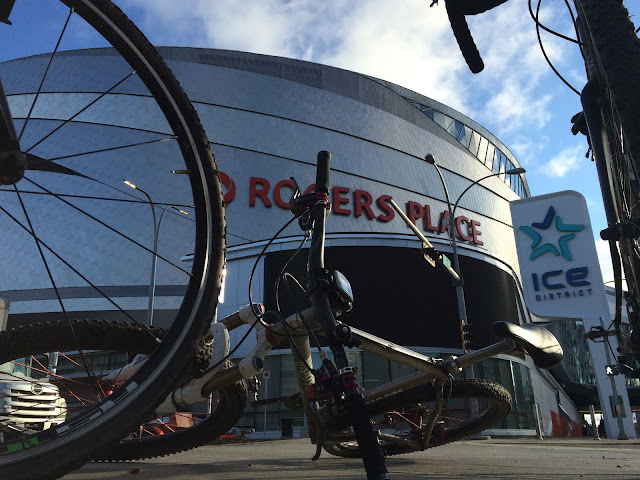 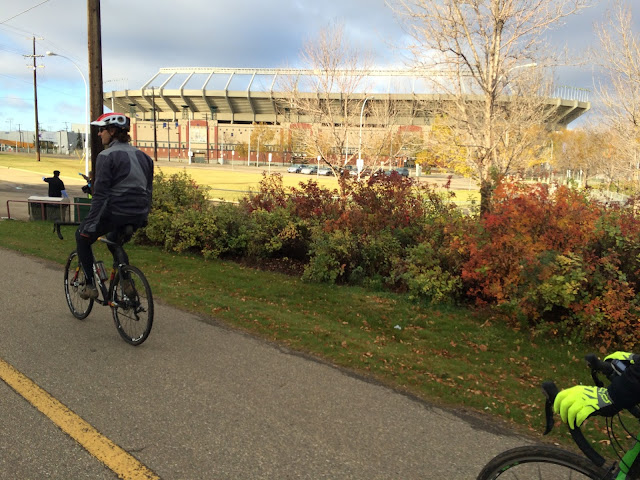 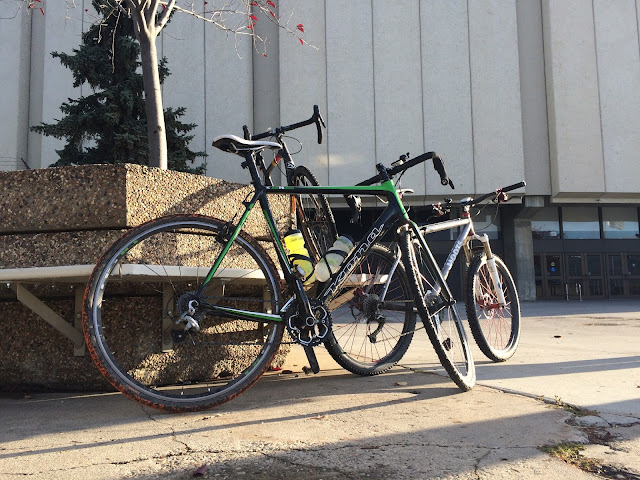 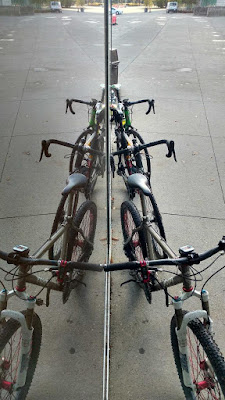 Saturated trails forced a brethren meet-up on paved and multi use from Mill Creek to Capilano with some dodging of sketchy people in Edmonton's glamorous inner city.

Gord and Kent decided to show up with their cross bikes with a clear intention to intimidate and manipulate me to buy one one day. My Moots would have none of that and the only thing slowing me down today was a result of my hideous bike fitness.

The Moots was just being it's typical self. Pure Heaven.

Kent had pedal issues as his bearings were seizing forcing the pedal to fall off about every ten kilometers or so. If it was me I would have thrown in the towel and left. Not Kent.

We climbed out of the valley and did an Edmonton arena/ stadium tour as the former Rexall, Commonwealth, and the shiny new Rogers place were visited or passed by.

The valley was it's incredible self as per usual. Joggers, dog walkers, and shitty dogs were out in full force which made the decision to get out of the valley all that much easier.  In the end, a great morning with a strong sign to ride more.