A Tale of Two Bridges 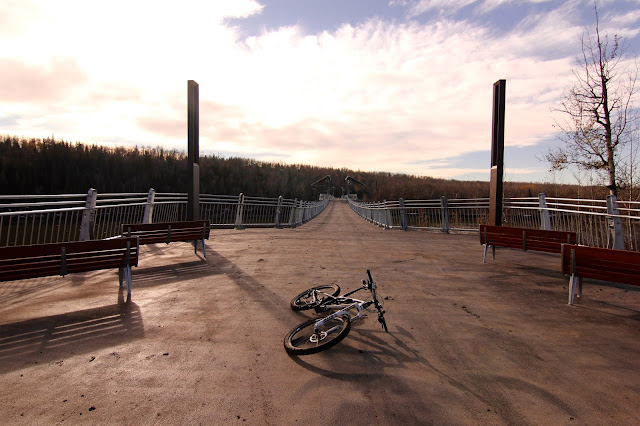 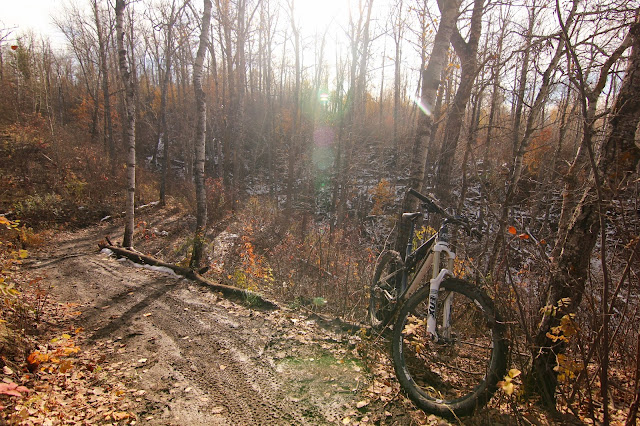 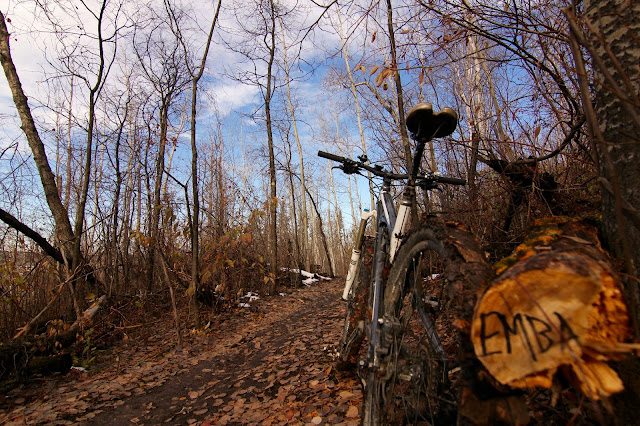 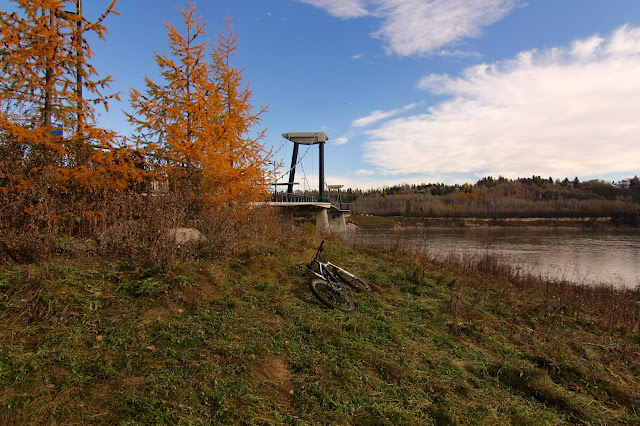 A ride from Saddleback road into Terwillegar took place today. A ride that seems to be happening more and more with wet weather rides being the norm as of late. I took the Altitude providing the bike one more glorious chance of stretching its legs and breathing in the cool river valley air. Cause bikes are alive right?

The highlight of the ride was taking my first ever loop themed ride through Terwillegar via it's sexy ass new bridge.

I did make the mistake of taking Terwillegars sexy ass new Go Trail singletrack as I was on a sexy ass full suspension bike, and brother, you don't ride that thing just on paved! I wouldn't have ridden if I knew it was so greasy but the entrance was inviting and non threatening. Kind of like a child molester.

Oh my Lord... I did not just go there did I? There goes another giant chunk of readers.

Once I was deep into Go Trail it turned into shit and I was walking all the steeps. Up and down. Small sections of trail were ridden but I could not wait to get out after spending hours yesterday washing all four bikes.

Eventually I made it to the new bridge and sat by a sign announcing it's opening as of tomorrow with traffic barricades across the front. With what looked like city workers on the bridge I was quite bummed out as this was a huge part of the ride. After sitting for a few minutes an old couple came strolling though which turned out to be the city workers. Good Lord... What is wrong with me?


Once across after the horrible conditions of Terwillegars singletrack I stayed out of Oliskew singletrack and rode the new paved linking up to the Fort Edmonton bridge. The paved trail runs through what would look like a boring area but once you are in it is actually was quite cool. Dead lightening victim trees make it a bit creepy, it would be especially be bad at night.

Once out a crossing of Fort Edmonton and up one of the worst climbs in the valley and back to Terwillegar through unaffordable houses.

The ride ended with a very dirty bike and legs that wanted no more climbing.