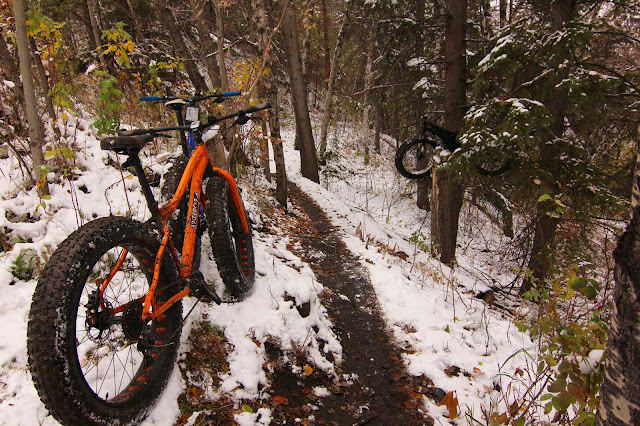 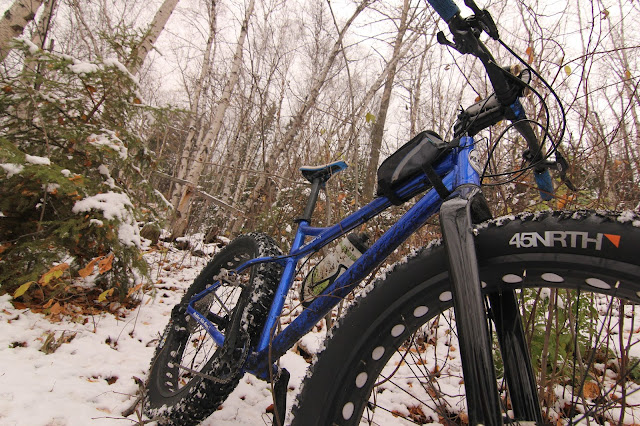 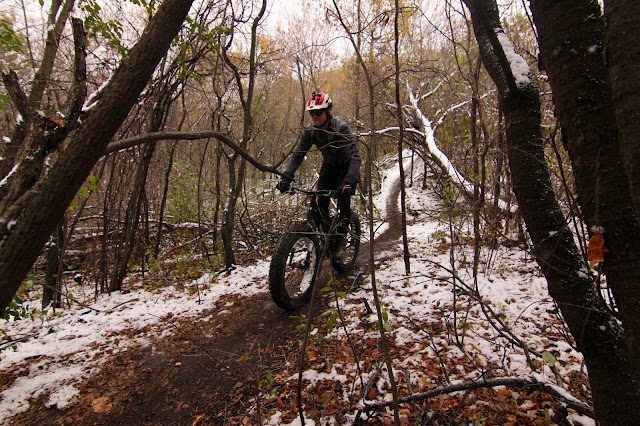 A ride that featured fat bikes when realistically it shouldn't have. Given the snow fall in the last few days curiosity got to the better of us and a fat bike meet up was had with members of the the brethren.

The ride started in Capilano and me and Gord went East on Gold Digger to meet up with Kent who rode in from home as his vehicle had gone on driving strike. Quickly a couple bad days at work proved to be worse than thought and I knew my legs were done. Not even 1 km in I was ready to turn back and just forget about this on and head home. Each pedal stroke trying to push a behemoth of a fat bike was burning my legs.

I was with good company though so I pressed on. We met up with Kent in Cambodia  and went back west through mud infested anti nice bike trails.

My five inch 45NRTH tires flung up the mud in a way a sick monkey would fling his shit at you while high on bath salts. My poor Winter bike was never so muddy.

This is shit bike weather. Bring out thee shit bikes. Hath the Lonebiker has spoken.

Keep the good rides at home until it dries or snows a lot more.

Not sure if my distance totalled even nine kilometres. A saddening realization that I might be losing  it. The brethren went on to slay more (shitty) singletrack after I left due to the sad shape of the legs.

Am I on the path of being one of those Costco Dads who hangs out in that cesspool of a shithole every Saturday? Armed in track pants and an appetite for numerous samples?  Completely given up on riding bikes cause it's too hard and now rides quads?

Will those be my Saturdays soon?