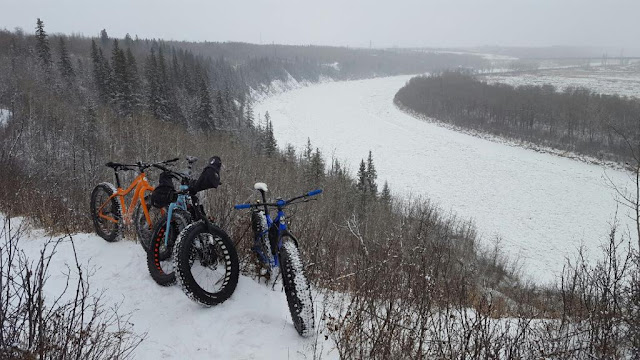 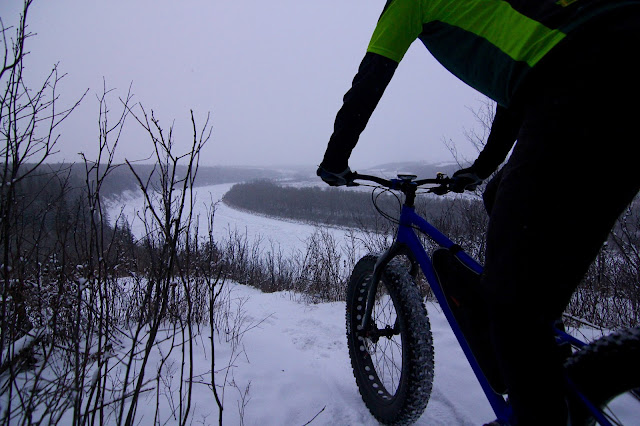 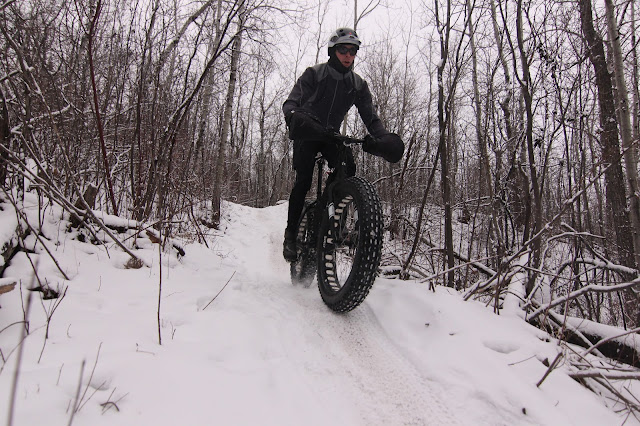 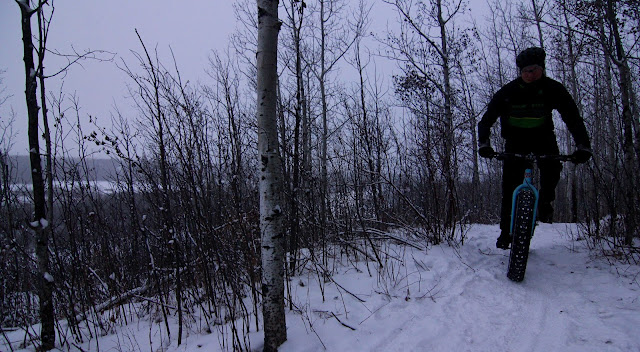 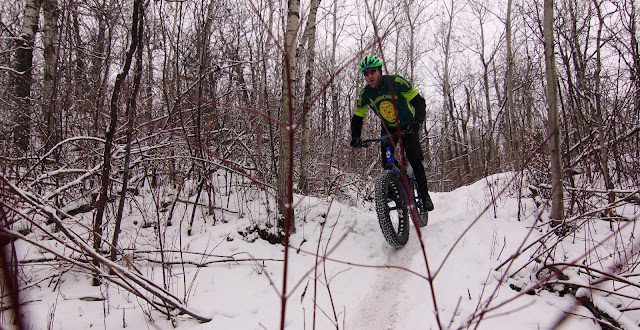 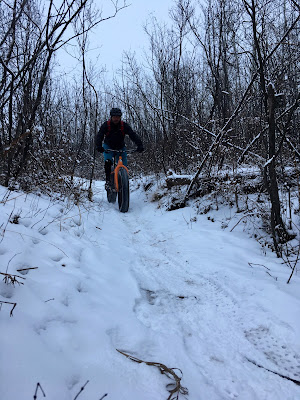 Was this a Two-Sixteen Christmas miracle? After what seemed like ages the entire brethren met up in Terwillegar for a snow thrashing session with the help of our Winter bikes, aka Das Fat bikes.

In true Lonebiker form Jason had his newish girlfriend (a good reason why we haven't seen him on here much this year, lucky dawg ) show up with another lady and they went their separate ways from us. It was their thinking that I wouldn't be too fond of a bigger group. Very true, as once the ride gets over five people I start getting a bit annoyed at the large group.

Hence I probably looked like a giant asshole but that's ok isn't it? I got to ride with the brethren again. Still don't think I'm an asshole do you guys? Guys...? We will meet up with the ladies one ride, I guarantee it! The awkward moments that will play out on that ride will be absolutely out of this world mind blowing!

With fresh snow falling we set out towards the newish singletrack (the ladies went the opposite way! Ha ha ha... Ugh...guys? This is really bugging me now) where we were pooped out and rehashed ideas on where to continue the ride. I had insisted the ride must end after riding Selkirk. Gord promptly insisted I go fuck myself. I insisted more and it suddenly got heated. With Gord's inf actuation with having absolutely no part in riding Selkirk or even in looking in that general direction it has made an incredible desire to ride it on my next quest out there. Funny how that works.

After we decided on where to ride we set off on the training trail (I think that's what its called) and looped back to the sexy new bridge where lunch was avoided thanks to the cold wind. Instead Kent shared his balls with everyone and we set off to Flat Pete.

Flat Pete was enjoyed immensely both ways and I had the honour of leading the group. So in the end I'm sure this was the slowest each one of them has ever ridden that windy trail.

The ride ended, we said Merry Christmas and I refused to fist bump (see... asshole). The ladies returned and the ride was officially over.

Next time things will be different.

Next time I won't be such a little bitch. 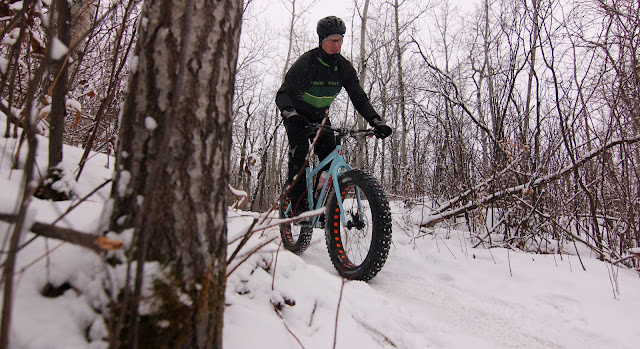 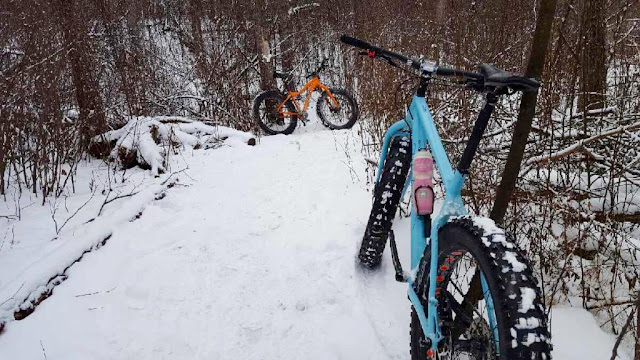 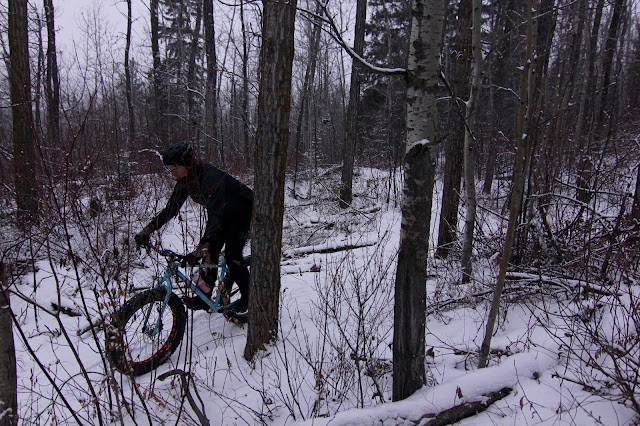