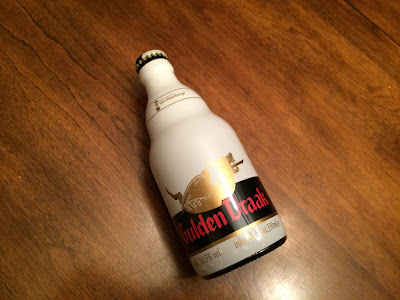 With this being my Friday we welcome you to the first instalment of Beer Friday for the year of our Lord Two-Zero-One-Seven. Wait a minute... Didn't we do one yet this year?

Hold on a second ok. Here is a link of something awesome you can watch while I check back with the interns as to the question that lies before us. Click here for uber awesome!

Did you watch that? Sometimes I'm amazed that I am still not a virgin. Well it turns out no review went down making this the first official of the year! With the unreal success the beers have been having on here lately it would be a real disappointment to have a dud start out the year and this weeks beer does not have dud qualities in any shape or form.

Brouwerij Van Steenberge located in East Flanders, Belgium are the ones behind this bad ass. Why is it a  badass you ask? 10.5% is why you I answer... "Guys" *Me talking to beer review team. "This one looks a little strong and I was hoping to go for a ride tomorrow, can we maybe skip it for another day?" "Haven't you been putting this off for months?" replied Giselle, our head pourer since the start of the beer reviews. "Stop being a bitch already!"

Things just seem to make more sense to have this now. This brewery can probably brag about having some history as it was opened on 1784. A quick little kick to the nuts at all the newish craft breweries out functioning today. That kind of age in a brewery just absolutely blows my mind.

The pour gave what we thought it would do. It blew our fucking minds! The dark triple aged brew let out of the bottle and into our glass with a full fledged fury that rivalled Hitlers Blitzkrieg.  A dark ravenous brew filled into the glass with a good three and three quartered fingered head that proclaimed itself as the new King of the room.

I was later found hidden in the attic as it was too much for me. Once coaxed out the first sip was had and it was immediately confirmed. There is no dud beer to start 2017. A malted whiskey with citrus and raisin bread rounded out the flavour which in a way hid the taste of the alcohol. Yet it didn't hence the whiskey taste. Halfway through and I'm feeling a little bit funny. This is a very dangerous beer for the inexperienced. It is a very easy drinking ale.

In the end, it's pretty awesome. I might wake up in the shower again tomorrow though.. 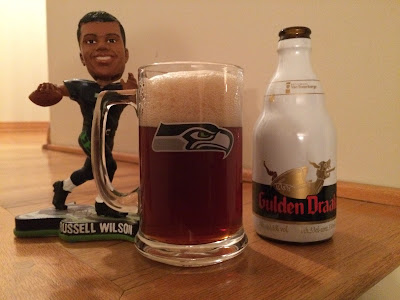