The Art of Making Ones Genitals disappear 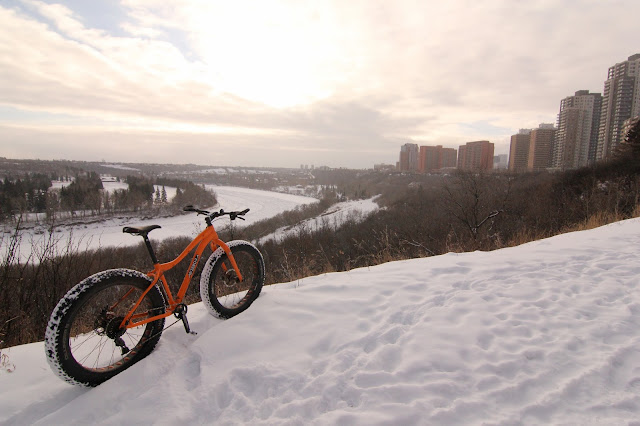 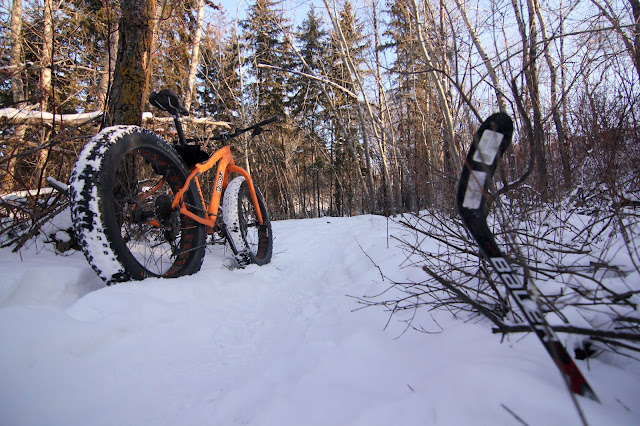 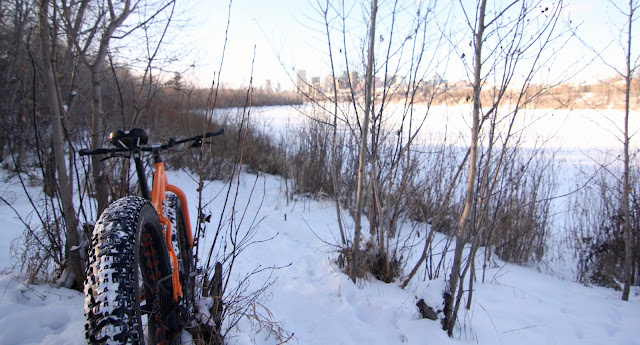 On a pretty cold and brisk day a ride happened that almost didn't. A late wake up followed up by a huge Sunday morning breakfast which very sadly was followed up by a nap. Yes life at forty can be pretty pathetic. With NFL playoffs on it would be very easy to continue the trend of a Sunday day of sloth.

Luckily the mountain biker in me kicked me in the genitals (which disappeared later in the day, keep reading for all the juicy details) and told me to get out and ride my damn bike! You know something? He is right. Riding is better than anything. Especially lounging around in your housecoat all day.

I'm honestly not sure of the temperature but it was pretty cold. It felt colder than minus twenty and the empty Mill Creek pool parking lot told me it was pretty damn cold outside. I sat in the Jeep for a few minutes thinking of excuses to just go home.

Finally I said 'fuck this' and got out. It didn't feel too bad once I was rolling. A heavier balaclava and my MEC lobster gloves were there to keep me warm and toasty on my way to Ewok Forest. Once in the belly of mid Ewok I was awash in the awesome that is Ewok. How could one place be so different? Every time I roll through I'm taken to a completely new world.

With its sunken trees and disheveled hills. Ewok is an anomaly in Edmonton mountain biking. Spring, Summer, Fall and Winter it is a treat to roll through. Up high or mid. the lower trail is the most normal part of the area. Although with its non stop wetness and bad ass rock gardens. It too is a little off kilter as opposed to the rest of Edmonton.

I crossed Dawson and went up the Jasper ave Traverse until I found myself up top. With the cold starting to creep in I decided to head back via Jasper Ave until I found the Low Level bridge. The descent down Grierson Hill froze me solid and I was an official block of ice riding a bicycle.

I crossed and hit Skyline trail where a potty break  (off the trail) happened and noticed something a bit off. I mean it was there but... I mean man! It was so hard to dig out of  my riding pants. I tried coaxing him out with kind words. 'you scared little buddy?' I said in a soothing tone, mush like one would talk to a scared dog who doesn't want to go to the dog park. 'It's ok, will be home soon, I just need you to come out here for a bit.'

Once out and in the moment I noticed his comrades had receded quite substantially.

'DAMN YOU COLD WEATHER!' I yelled riding home, back through Blue Man and into Mill Creek. I needed to get home and into a hot bath. Stat!

The ride ended and I got to go home and warm up where things very slowly returned to normal.