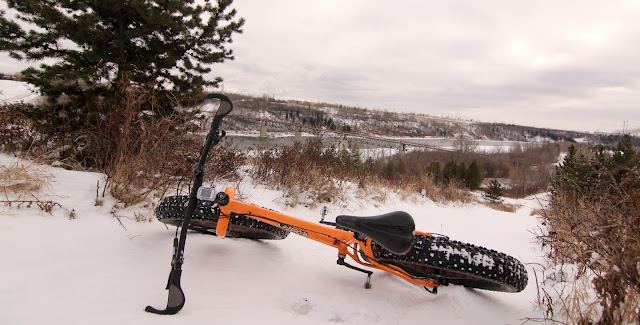 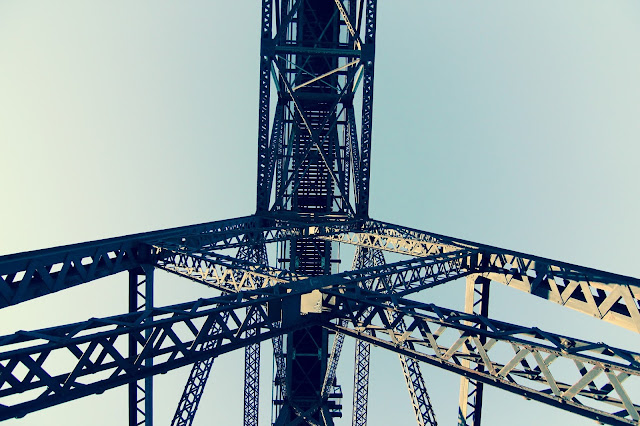 After doing a text out to brethren members about where to start riding this morning Jason and Kent had the same plan I had in my head as to where to go. Which was the west side, including Terwillegar. Not a bad plan and given the sure iced conditions it would most likely be the best area to ride.

That was when Gord's text came through and he gave me a place I never visit. Hermitage Park.

Bingo! I perked up like Bob Barker would when you showed him your neutered dogs missing testicles.

Right then I knew where I was going, this could be either a multi use and paved ride or combination of that and Cambodia.

I barely even rode any singletrack after seeing the amount of ice under the paved trails hidden behind a fresh layer of snow ultimately waiting to wreck someones day out in the valley.

The singletrack I tested told me it was a surefire disaster if I did ride the trails, although as I rode through Capilano park fat tire tracks lead to the trails, one set even lead straight into Andre's trail. 'That guy is an animal! A man or woman amongst men and women' I thought those exact words.

The ride took me to Dawson bridge where I crossed and took my second warm up break in Dawson Park after my face and legs had frozen for the second time today. After a ride up to Ada boulevard and back into Rundle where warm up break number three happened and than I scurried back home.

Definitely not a memorable ride, but I still sit here happy and satisfied.