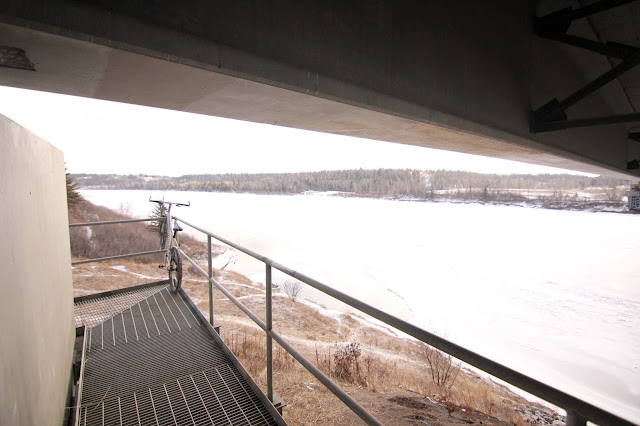 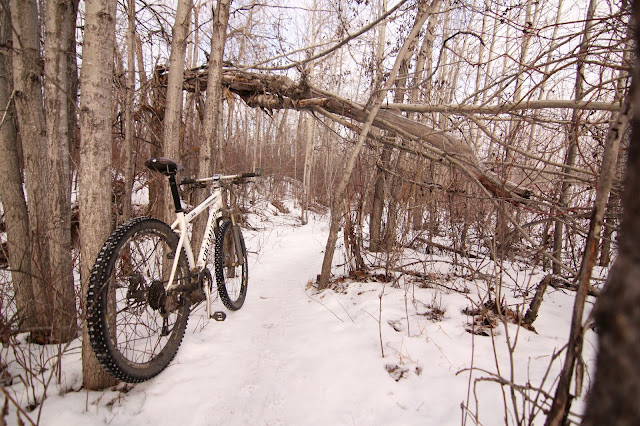 A day out before heading home to do bathroom renovations. Hence why I missed the ride yesterday. Funny how once it is a bit chilly out and you start riding every orifice in your body is telling you to head home, give up and ride the couch instead.

That feeling could not have been stronger than this morning. Oh what I would have given to turn around and head to the local coffee shop in Beaumont and stare at my iPad for an hour. Yes, I am one of those douchebags so judge not.

I started in the now becoming normal March/ Springtime ride area. Saddleback road near the LRT tracks which I aptly named today "Shopping Cart City" as there is always at least one shopping cart left abandoned along the route. If there are no carts the community does have that vibe.

*Stops typing. Pats back and congratulates himself.

A light skiff of snow had hit the ground in the beginning making all the exposed ice not very exposed at all. With great caution I rode my un-studded shit bike through the paths learning the snow accumulated more on the iced areas so avoid or travel over those spots lightly.

Terwillegar's multi use was bad as the ice had no pavement to help unmask the ice. Several slip ups happened, more than the 41 on 41 ride but I made it to the bridge. I hummed and hawed at riding Flat Pete and entered the area. The trails were worse than before and more slip ups had me tighter than a 50 year old Lutheran virgin at a strip club. So hence I smartly just stayed on Oliskew singletrack. Smartly I said? What was worse is previous riders had sunk into the snow making the ice rigid and even more sketchy. It got worse and worse once I passed by Flat Pete.

Once out and unscathed I rode up the multi use into Wolf Willow... Well walked the side of the trail up.

The ice was pure madness.

I explored a bit and eventually went back down into Patricia and rode through my former stomping grounds in Rio Terrace. I was back in the valley but knew I had to get out and head home as I was late so up the steep shit climb taking you into Terwillegar bike trail paradise only I kept going and a rode the greasy roads of Edmonton until I met up with the paved taking me back onto Shopping Cart City.

The ride ended luckily unscathed, if you are heading out kids take caution. Studded tires or a bible are recommended, I urge you! 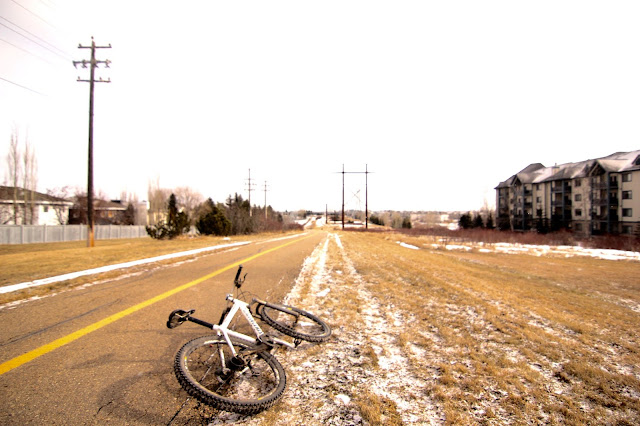 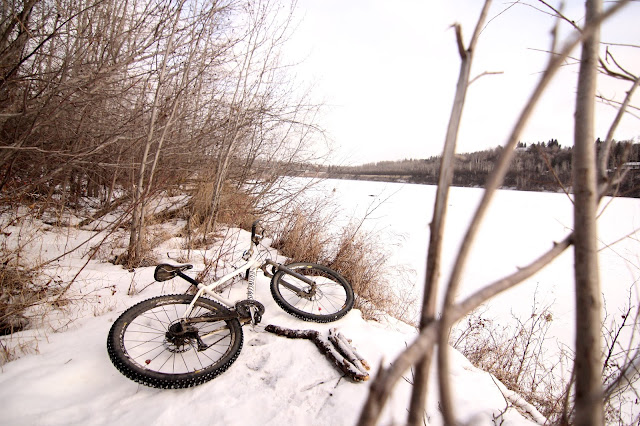 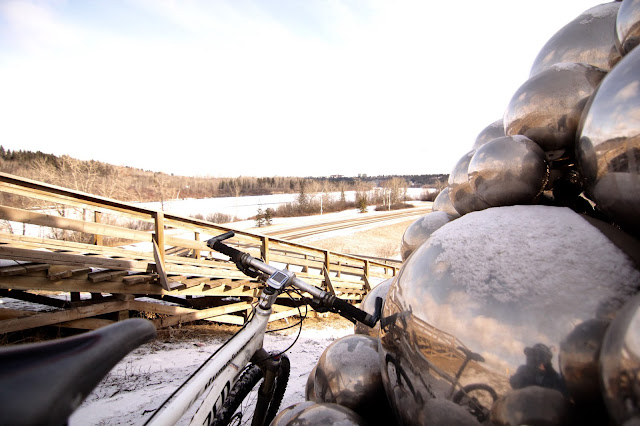