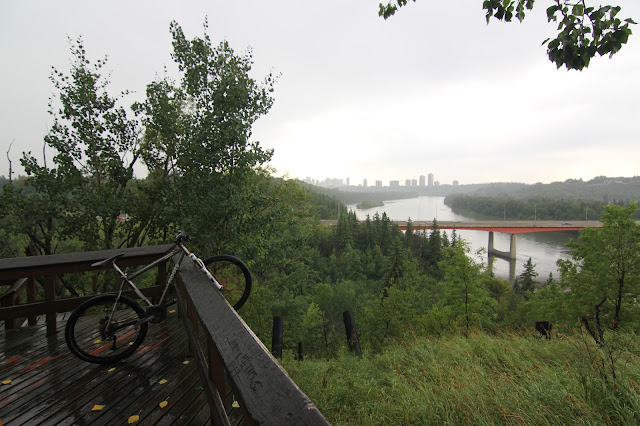 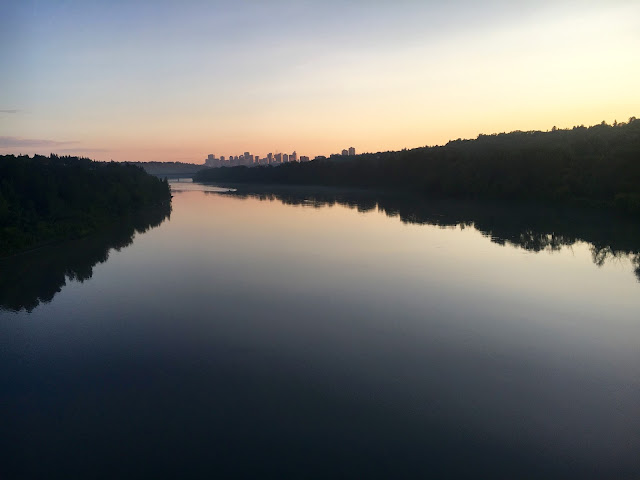 An end to ender ride that started in a thunderstorm and went a lot further than I had planned.

The ride started in the Science Park. Home of the creepy old man that sits in his vehicle and stares out his windshield. At the parking lot at the ski lodge I counted three of them. That's right, three. All sitting in their vehicles staring out the window. Am I missing something? When I roll away is there some sort of show that happens? These guys along with the collective creepiness that plagues the Science park all seem to collaborate to wig me the fuck out.

The booming thunder that accompanied the start of this one added to the creep factor in a good way. There is nothing like being on a bike when there is thunder overhead. It's an empowering feeling. 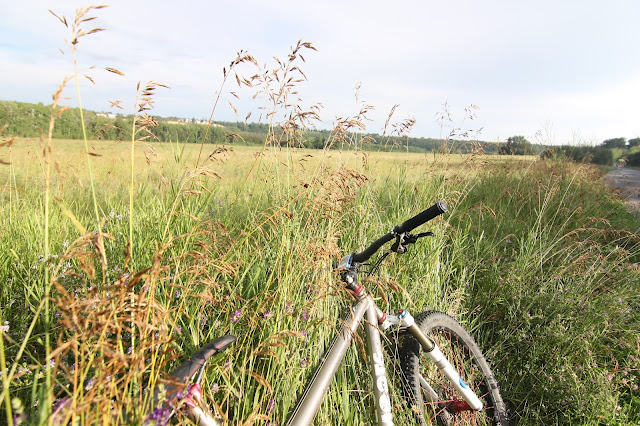 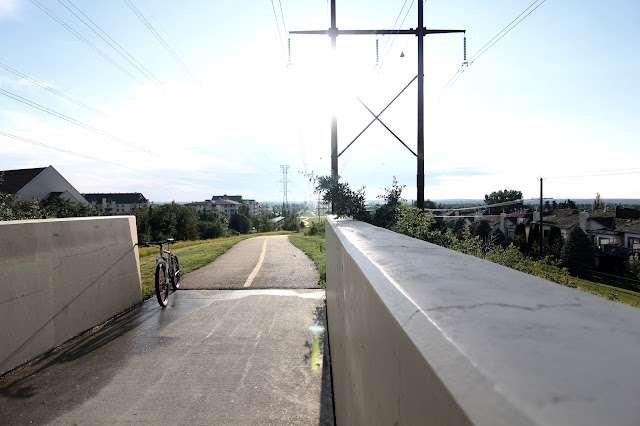 Paved trails were the hot ticket item today for obvious reasons. The rain didn't stop until I hit Mackinnon Ravine. It was light rain but still enough to make everything quite soppy. I rode the south side until the Low level bridge where I crossed and took River Valley road into the famed Mackinnon.

A great thing about storms and rain is it brings out the animals. Two large Coyotes crossed my path in Mackinnon as I made the long boring paved ascent up. A friendly deer in Terwillegar later on made things even better as she walked towards me without a care in the world. The sound of people coming up the trail scared her off and I gave the dog walkers the finger and said "thanks asshats."

They seemed to be confused. 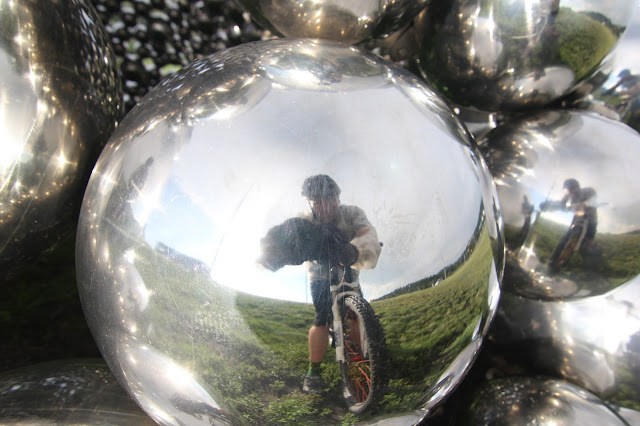 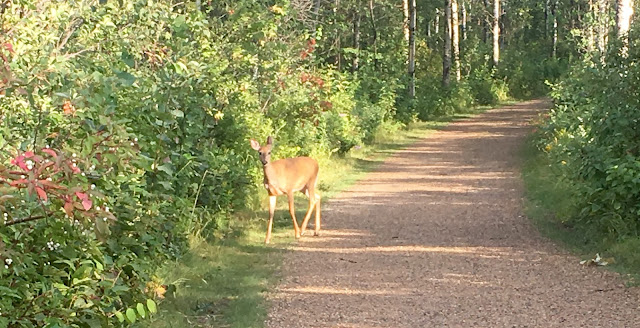 I took the paved trail out of Terwillegar to the LRT tracks and made my way home via Southgate Mall and took the 106th St bike lanes to Saskatchewan drive. A chat with some guys on a coffee break about bikes and things made me feel old and I had to sit down and ponder life afterwards.

I backtracked to the mighty High Level, crossed and took the LRT paved trails back to Ada boulevard where I dropped back into the valley and made my way home.

Another strong contender for ride of the year. 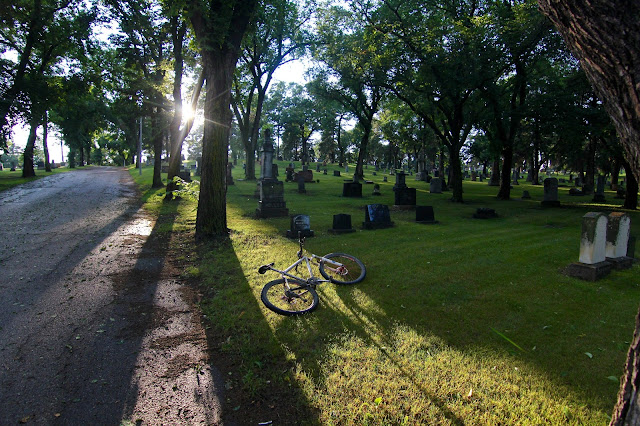 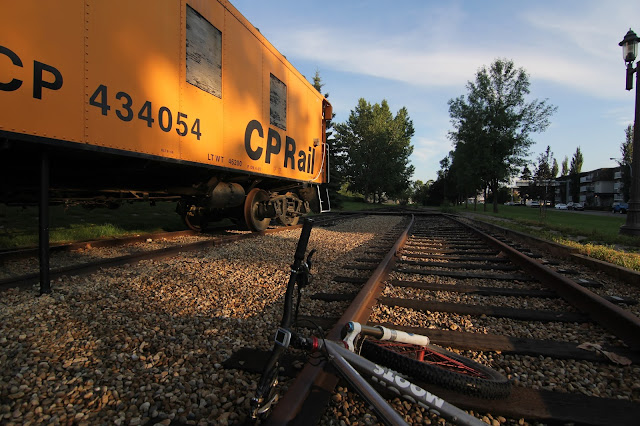 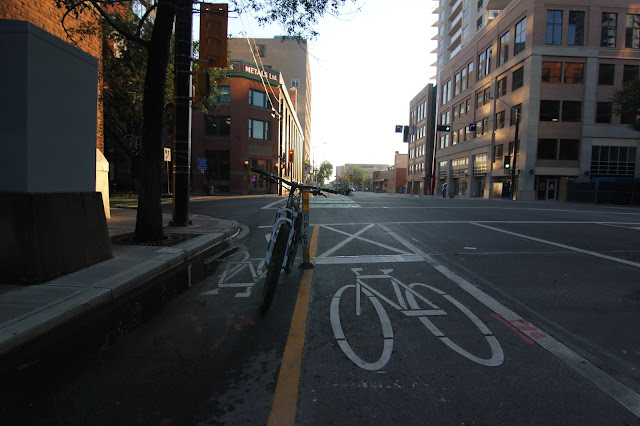 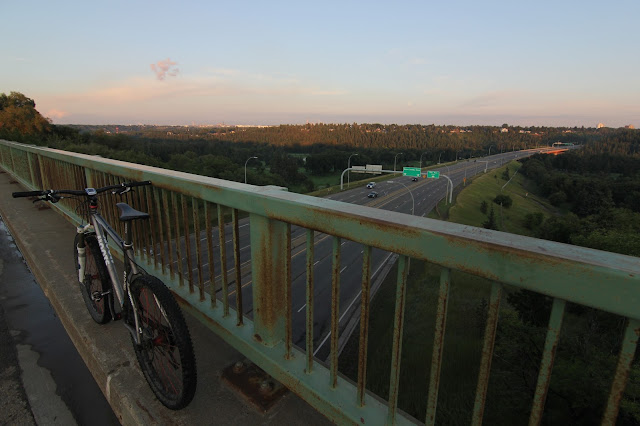 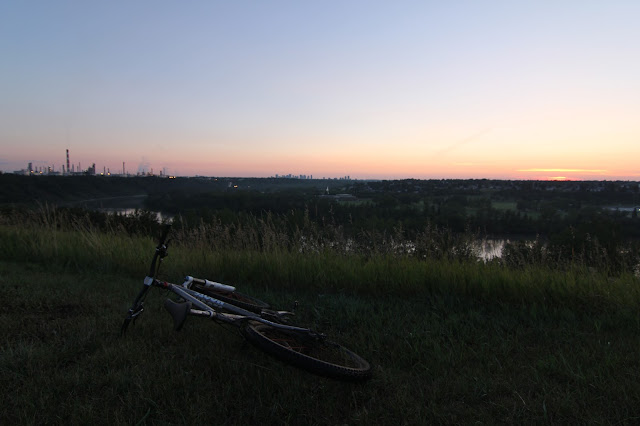