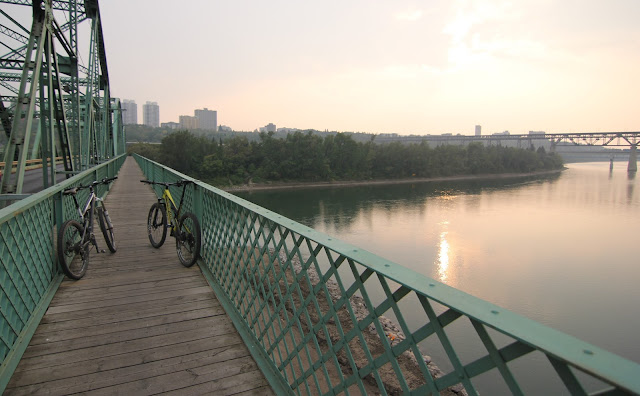 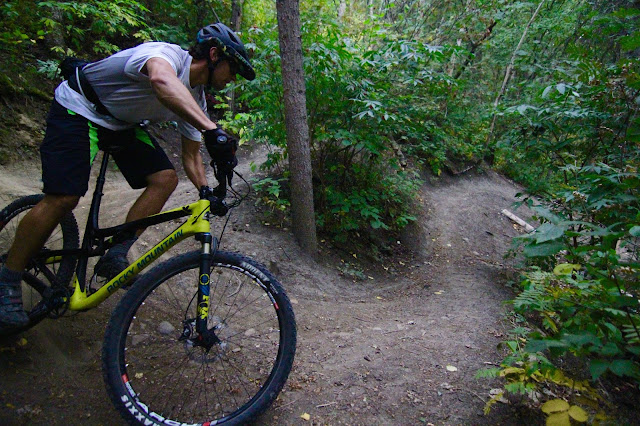 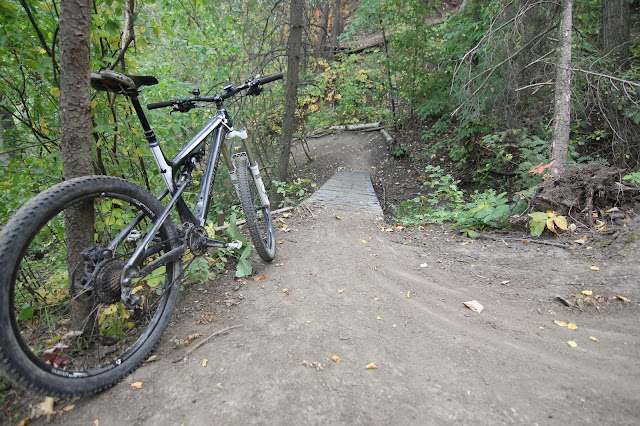 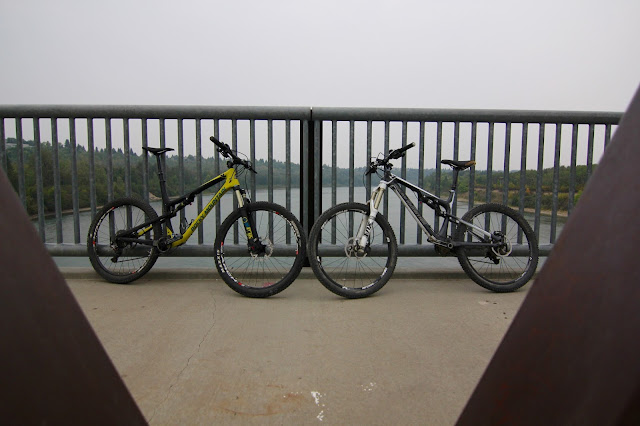 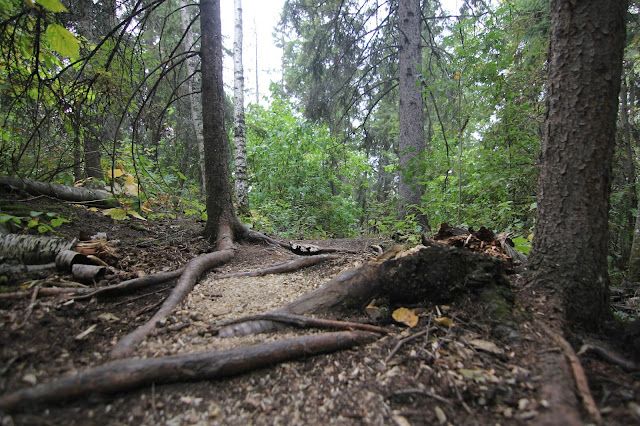 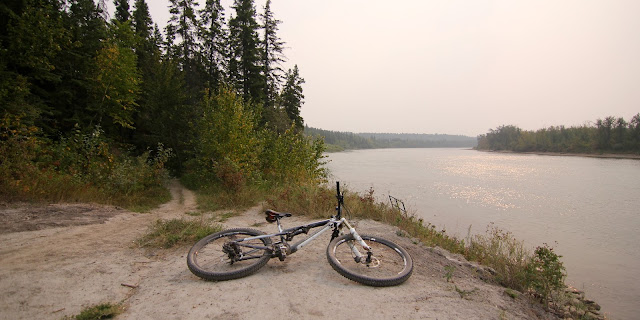 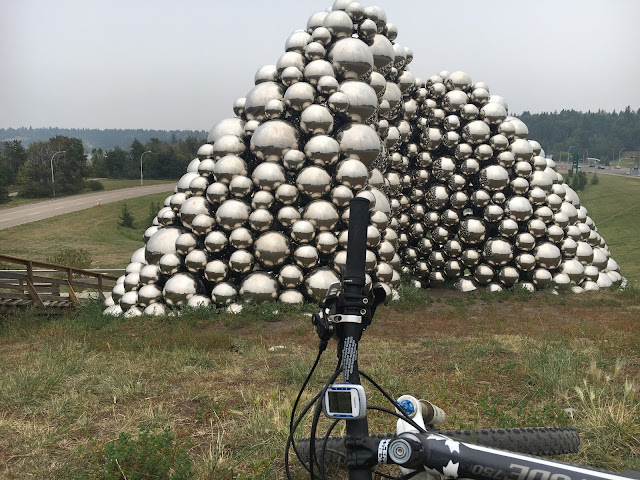 Could this be the last bigger ride for this set of days home? When I say 'bigger' ride be reminded I am referring to Lonebiker 2017 version 2.0. Anything on lots of singletrack over 25km is a long ride now. Paved, multi use must be over 55km. A chart the executives and interns came up with and completely left me out of it.

Bigger ride? How about last ride? With a return to nights back North I am leaving a day early which leaves things a bit panicked as the thought of leaving my family to go riding when I could be spending it with them is much more important.

Yes, I get it. You don't want to hear sappy shit which is why we are moving on to the ride where I met up with Kent. A brethren member and all around good guy.

The ride started in Old Timers all by myself. Kent had a couple hours yet to get to the trailhead. so I would ride than we would meet up somewhere along the route.

High Kinseman and Masters Degree was ridden. I think it was my fourth or fifth attempt on it and had always had it held in my head as too much climbing and not enough flow. That all changed today as I found the climbs somewhat do-able. With my treadless tires combined with poor fitness I was no match but seeing the hills today I knew they were all good to ride up if you were prepared. The switchbacks look bad but are all rideable if you pick the right lines. My tires spun out on the climbing switchbacks which was no surprise. I can only assume on a 29er this trail would be all that more difficult and sketchy with the off camber exposed singletrack. That and getting going on a 29" bike is all that more harder. It's thought like this that will keep me glued to a 650B for a long time.

Today was the most I had ridden on Masters and I was happy. I hope to come back with the hardtail before I leave as I'm pretty sure it will be easier. Smaller wheels, and tires with tread! Tires with tread? Say no more! A non foot dab roll through will probably make me a very happy person.

After Masters I rolled up Six Shooter and down Machete where I had an awkward descent down. Wrong lines were chosen and awkward corners owned me.

Eventually Flat Pete was ridden and I sat on Terwillegar bridge and contemplated life. I started to head back to meet up with Kent and took the easy trails to Laurier where we met on the Hawerlak bridge right smack in the middle. Our front tires connected and the Snowbirds flew over followed by a drum solo by Metallica's Lars Ulrich.

We headed back into Laurier and rode up to Mackinnon where rooty, sexy goodness was welcomed by my long travel Rocky Mountain bike. It was awesome. Kent was long gone on his newish ride. A bike that would have been featured here but we never got out for a ride.

My legs were done and Kent had a huge day tomorrow so we went down River Valley Road and than suffered some more as we climbed up Walterdale hill to the city of Edmonton archive building and rode the singletrack there. Old Timers was ridden along the ridge after a fight to climb up (by yours truly) and the skinny bridge was navigated with grace by both of us. It's nice to see the trees are still there that want to throw you off the bridge. I hope they stay.

Poutine and no beer ended the ride. Having no beer was sad but the poutine made up for it.