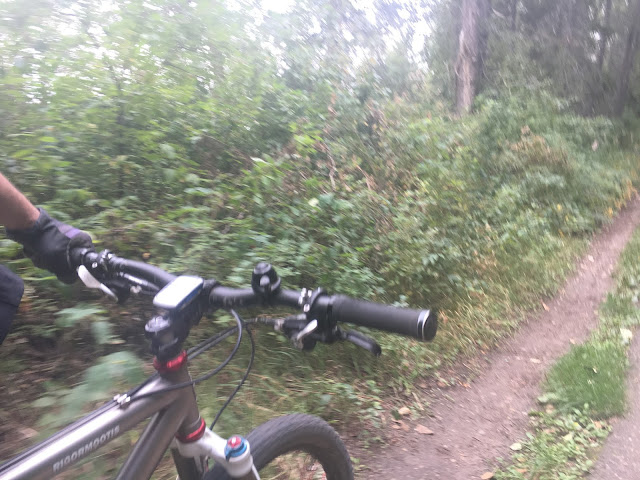 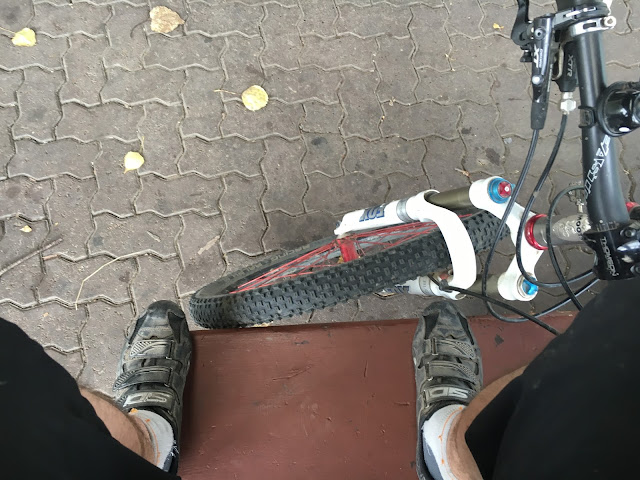 A ride that shouldn't even be posted but we were 2 over Lonebikers 8 kilometre posting rule. That, and there's pics.

I did plead with the executives about this one and they threatened me with a proper curb stomping outside my house while my family watched. Those executives can be downright ruthless at times.

A pep talk in the bathroom mirror to motivate me to get out the door somehow worked. Yard work and grown up man bullshit were what really helped push me out the door. I mean... Who wants to do that shit on days off right? Guess that's why I had kids.

The ride from Capilano took me on the multi use across the river to Jasper Traverse where I had zero ambition to climb so I stayed low until some stairs took me up. That area was pretty much the only singletrack ridden which is quite pathetic on such a fine day. It would have been an awesome day but my sad Fort Mac body said no.

A return on the lower multi use trails on the south side where all the fine trails were avoided was had. I took the long loop paved climb back into Capilano which probably pushed me over the 8km posting mark.

That was a dumb move now was it?