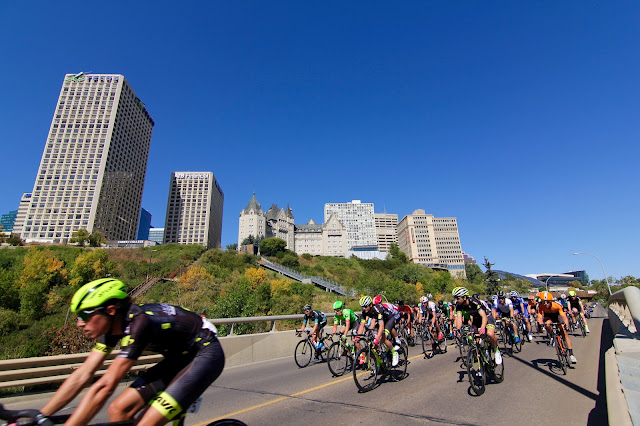 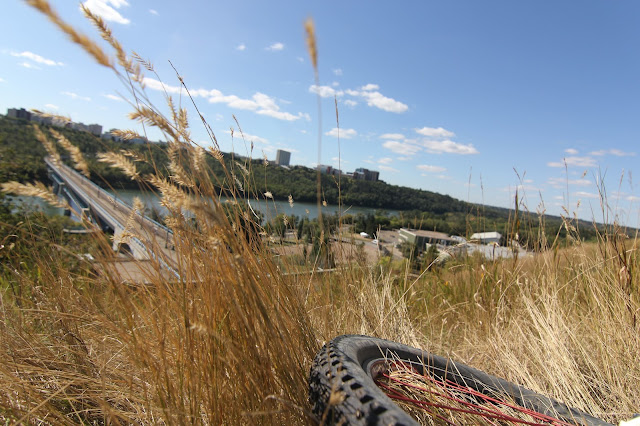 A ride where I knew things would most likely turn to suck very fast and it did. A bout of allergies has come and bitch slapped me on the side of the face quite hard. That or it's the lost souls of the sections of singletrack being cut out to make them easier coming to haunt me.

A potential meet up with Gord didn't happen. A man who destroyed everything in his path in the river valley and he happily kept me updated with texts on his progress. Reading his texts were more fun than the actual riding I was doing today.

A quick meet and high five with Kent went down too but no riding took place. He met up with a couple other people and me being me, well..

Truth be told I would have ridden with them if my condition wasn't so bad. My legs had nothing and my sinuses had kept things quite miserable.

I ended up riding sections of the Tour of Alberta before the race started and nobody said a damn thing. Eventually one of the marshals yelled at me "no bikes! This is roped off for a bike race!" I was too confused as to what he meant I had nothing to say and just stared at him as I rolled by. He was frantically waving his arms. The race was starting in an hour. I thought I was ok.

I did pull off and watched some of the teams ride by on a pre-ride of the course. 'Well, ok. Maybe I didn't belong on there.' I thought.

I didn't hang around much when the race was going. I could have rode around and watched it in other areas and got some more pics but truth be told. I wasn't into it. Gord's damn text messages were all the rage.

With a little job picked up in Nisku the next couple days we may be going back into camp mode until Thursday. Hope by then I'm solid and ready to ride some more before I'm gone again.
at September 04, 2017