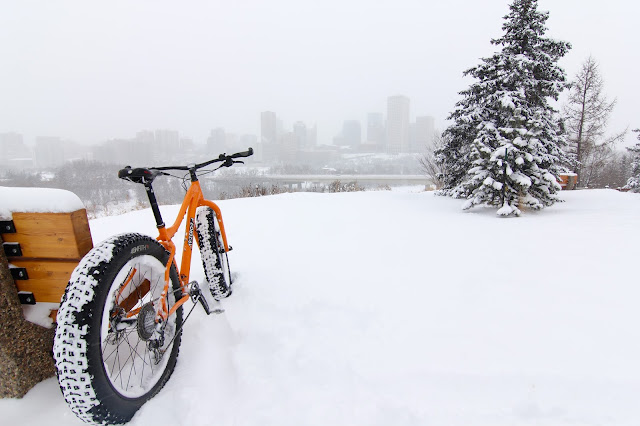 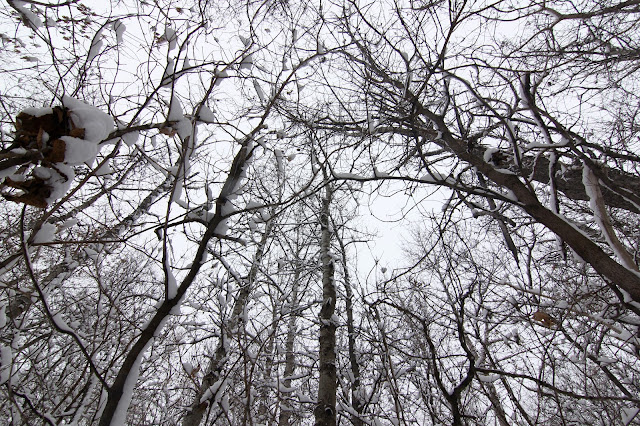 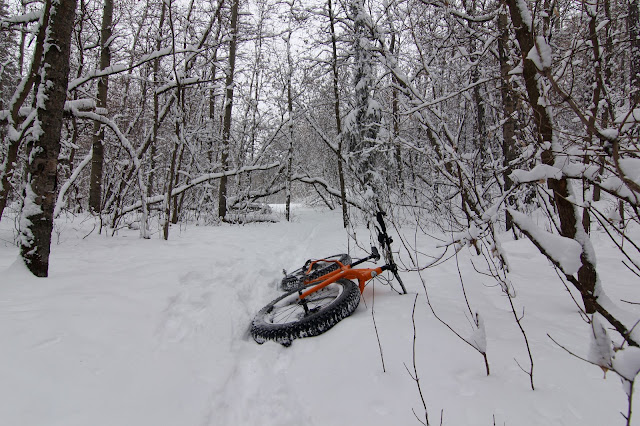 What was only under seven kilometres which felt more like forty-five after a heavy amount of snow fell on my little valley overnight.  I had hoped to make fresh tracks but only a section of Old Timers was open. Other fat bikes were out which made me oddly quite happy. The rest of the trails (which weren't a lot) had walking tracks on them which made me quite angry. What's wrong with me?

I did get West Coast Trail all to myself which was great. Everything was all good besides the climbs where it took my poor Dillingers no time at all to skid out. Even with low PSI, I was dead to the climbs all ride. The rest of the ride was mostly granny geared and some serious pedal mashing was had.

Not what I hoped for today hearing there would be snow but I don't care. This is still too awesome. 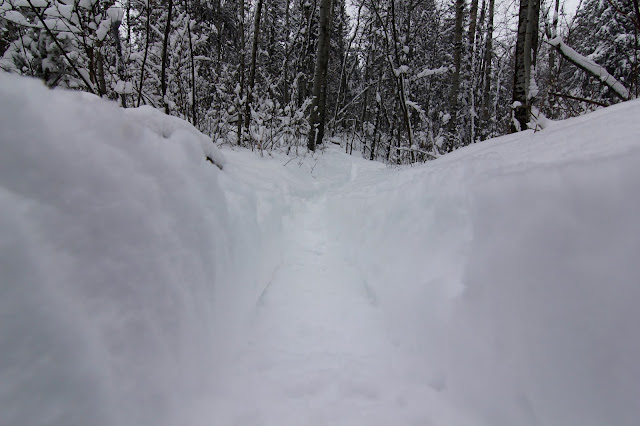 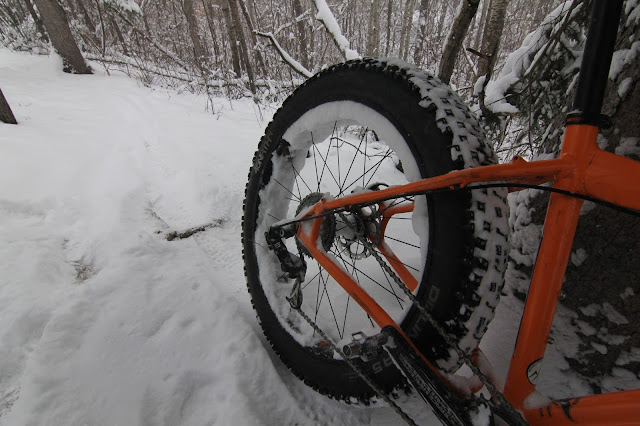