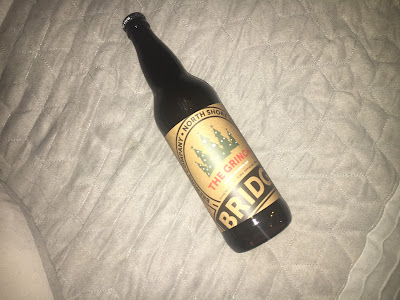 What is it about the beer review photos and my absolute lack of giving a fuck in taking them? Could it be I've exhausted all my efforts in finding a good spot to take them in the vicinity of LB headquarters? Think that is the issue right there. How many beer reviews have been done here at the same location and only a small handful have been out to a remote location away from headquarters to get the bottle (can) shots.

Sometimes when out on a picture excursion I will take them with me and have no inspiration and come home. I'm weird like that. It's happened countless times. Pack the camera, some treats and off for a two hour drive searching for something and finding nothing. It happens at least once every set home. The few times it does happen and I get the photo inspiration there will be a photo dump on here. Could it be the comfort of the Jeep that makes me not want to get out? An odd thought as Jeeps are supposed to inspire exploring. Yet in the end, it's a douchebag car company so it's all about the owner being happy so he will buy another.

Bridge Brewing Company is from Vancouver. Perhaps the greatest city in Canada. They literally have it all. Mountains. An unbelievable nice city (although I've never been but some guy in Seattle told me it was nicer than Seattle.) Mountain biking galore! And some extremely affordable property.

This brewery opened in two thousand and twelve making it one that this blog is older. Not really sure how that is a good point but I was just excited to read that. Remember kids. Lonebiker. Circa 2009. Their Grinch beer is an obvious Christmas seasonal one. I missed the boat on reviewing this donated brew when I should have, I truly am sorry.

We poured and a red darkish one emanated from the bottle. A lightning flash of a head showed that was huge and I thought we would be doing some intern firing but soon. Poof! It was gone. Quite amazing. It smelled of darkened cherrywood (is cherrywood a thing?) and toffee. The first taste was that of a darkened hard coffee mixed with toffee. A bit of a bitter taste comes as you also get black liquorice and chocolate liquor to round it out. 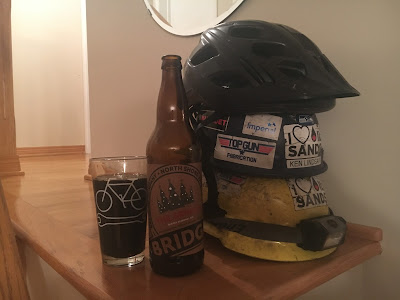