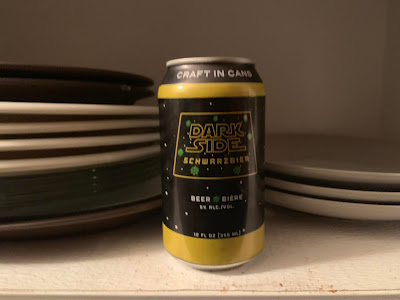 I gotta be honest. I really hate super hero movies and anything science fiction.

Why you ask? Simple answer. I'm an adult.

So when this one came across my desk a couple months ago I had intentions of dumping it down the toilet or using it for basting barbecued chicken. The donation came from one of my very favourite people in the world so the decision was made not to be a pretentious douchebag and just review it like any other normal person would do.

Something Brewing located in Red Deer does not have a website and that absolutely baffles me. Have these guys not been given the memo? They have links to Facebook and twitter so this company has heard about the internet but the very fact they do not have an online presence is quite odd.

I mean.. That is your whole identity as a company. Well, in a way. I mean guys... Even shitty tire repair shops have websites.

*executive leans in. "Enough about these guys not having a website! Enough!" I leaned back "Terry, don't you know how things work these days? I mean where would lonebiker be if we never had a website bro?" I said with arms crossed conveying I was not happy with his arrogant demeanour.

We poured and a good looking dark lager appeared in the Forrest Gump tester glass where a large three and one quartered chubby fingered head dissipated into lacing running down the side of the glass. It had dark beer smell. Dark earthy hops with caramel round out the smells. We sipped and it delivered some good making me forget about that stupid movie. You know that stupid movie right? The one that made billions cause it was such a hit that everyone had to see it. But yes... I'm right about the movies being crap. I mean people skip work to see them. Why I hear the special effects are unreal!

So when's that new Star Trek movie coming out? Guys?

Sorry, got off track there. The beer is fine. It is nothing like some of the high end darks that have been on here. I remember a certain group of monks blowing my mind some time ago. It does have a slightly smokey taste with the caramel and dark roasted hops makes this one quite pleasant. 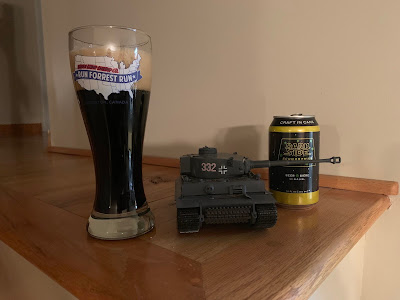