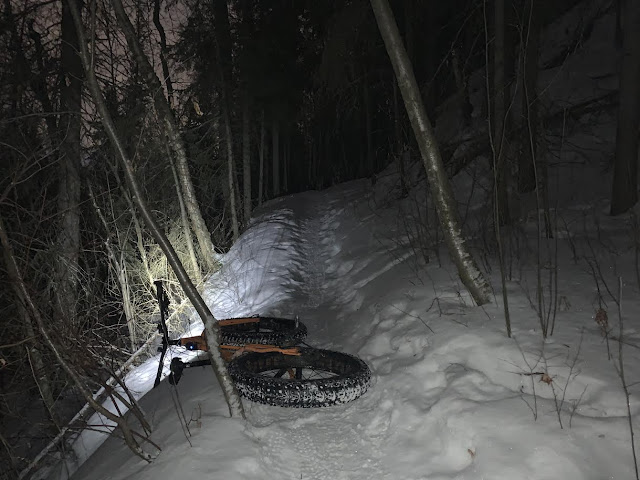 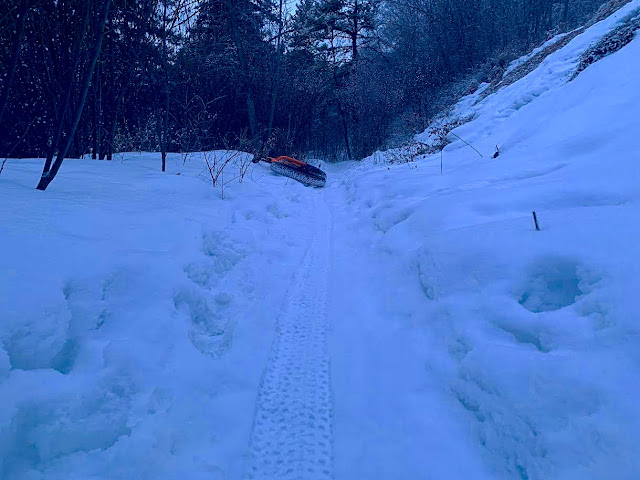 Could these riding into the night rides become my new favourite past time? Well lets look at some of my past-past times and see if this should fit the bill shall we..

Hey! Stop the list. It's already on there kids!

Yes riding into the night is pretty cool. Even though my body was a bit off the darkness creeping in made things all the more better. This one did have it's creepy moments. I made first tracks into the arms of my old flame Victoria's Secret in the dusk. The thought of weirdos and axe wielding maniacs with Beach Boy's muscle beaters chasing me down did cross my mind. Not a soul on the whole trail by the end made me quite satisfied.

Lovers Lane was obviously hit next. Lovers lane.... really? Now who changed the name to that?

*intern leans in. "Probably the one doing the trail work you dumb dick."

So yes, another intern fired. I knew that anyways.

I really miss the old name Groat Road Rollercoaster.. But hey. The ones doing the work have the right, so kudos to them. You can rename it 'Lonebiker Is A Fat Slob Trail' for all I care. Well that might sting a bit. I am a bit sensitive about my weight. It's those damn Poutine carts all over town!

Groat Road Rollercoaster and then down into Mackinnon for a quick exit out on the first paved out that takes you to the best little circle of houses in Alberta. Mackinnon was hit after a not well thought out down road drive from Alexander circle to the start of the MAckinnon singletrack.

Mackinnon  singletrack in the dark snow?

The rest of the ride was uneventful except for when I got passed by an Ebike.