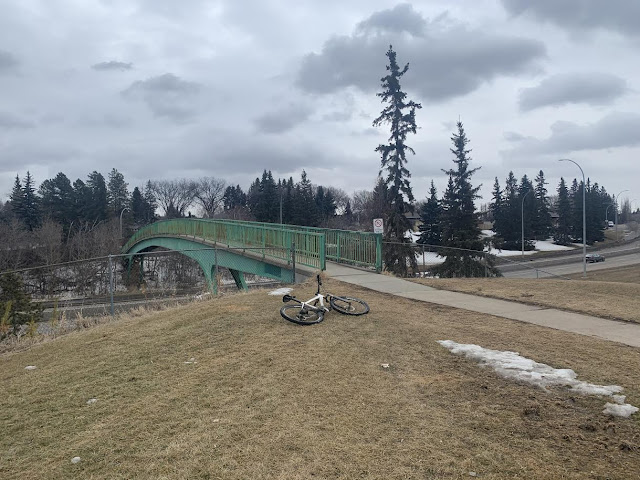 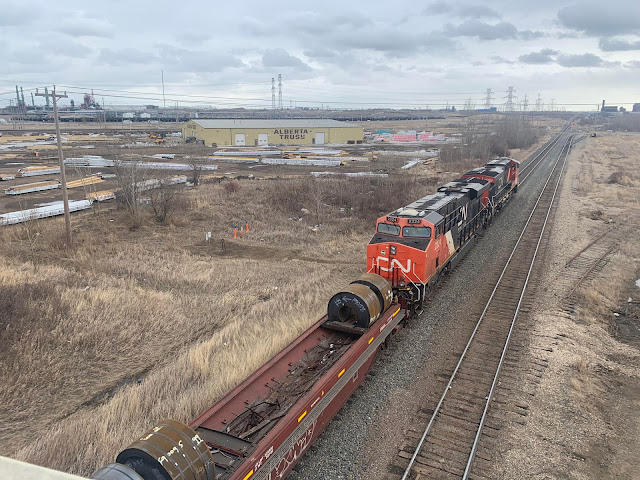 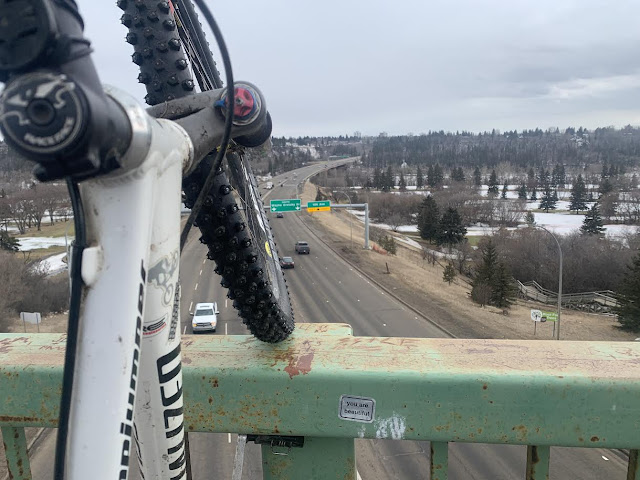 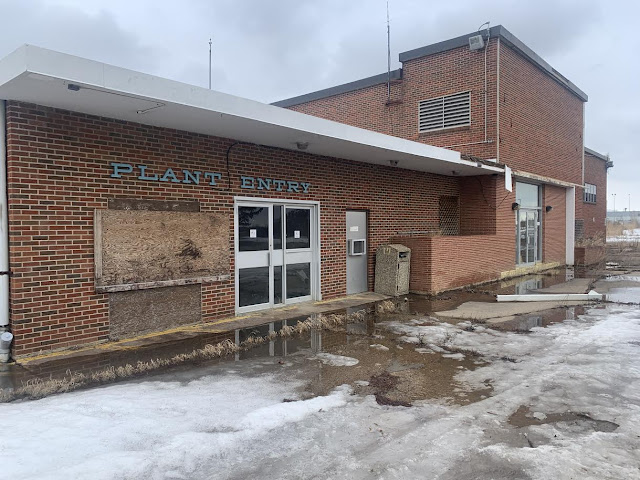 I swear I have no idea where to park now.  I just blindly drove to the valley after looking at
google maps looking for an area to start and drove to Forest Heights. From there I took the roads eastward (I think) and was lost within ten minutes in the middle of Edmonton subrubia. These are nice suburbs though, the homes and neighbourhoods have actual character as opposed to the majority of newer neighbourhoods you see today.

I really didn't know where I was going I just rode away. A Safeway popped up and I still had no idea where I was. I assumed Capilano mall and soon enough I was there. The relief washed over me like rain. Well no... I'm really not that stupid.

It is odd going out during all this. Most of my time is spent at home with bike rides being the only way to get out. So in the last six days I got out three times (Yes, one failed bike ride on Monday.) It is odd riding around as the signs of an apocalypse are literally everywhere. Playgrounds wrapped in red danger tape. Signs from the government telling people to stay home. The most disturbing thing was riding by Capilano Wal Mart and seeing people lined up outside waiting for their turn to shop. It had an adorable communist feel to it. Also in the parking lot were discarded medical gloves dumped from garbage people.

I ended up on the road to Sherwood Park with having every intention to not ride into Sherwood Park. Luckily the road to the Science Park came up and I rode down into the wind with pick up trucks and semis coming from behind. It was quite lame and for the first time in a long time I thought about getting a trainer for the basement. Maybe a Peleton! As quickly as I thought of that terrible idea it was dismissed. I'll take my chances with the redneck traffic and a shitty bike into the headwind.

I rode past the Science Park as I saw another train and ended up in an area I used explore. I missed the train but found an old abandoned factory. Maybe it wasn't a factory but Google tells me it was a celanese plant that is being torn down. It's quite creepy riding around the area as smashed windows in the offices and that feeling someone is watching you from inside.

I rode back to the Science Park on a ride where I wanted to ignore the river valley petri dish now full of clueless mall walkers and gym goons but I had to cross the river to avoid the lame ride back which was the lame ride in. I dumped into the valley crossed the river and rode out in a swift and glorious manner. Beverly greeted me the best way it could.

Ada boulevard was ridden like any other lame ride and I was soon at the Expo centre. The city is currently housing the homeless during the crisis so when I mention petri dish. I mean petri dish. Medical personnel outside looked very apocalyptic making the moment seem a bit surreal. "Should I really be out?" I wondered. Feeling the guilt.

The Edmonton transit light rail tracks took me home. In the end not a bad day. Well... It could have been a bit better. 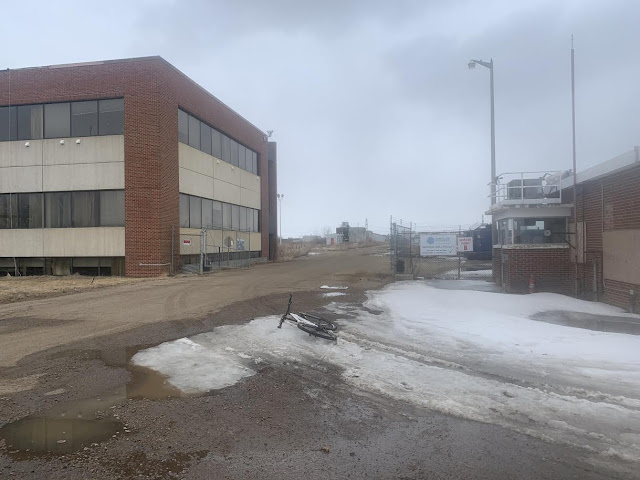 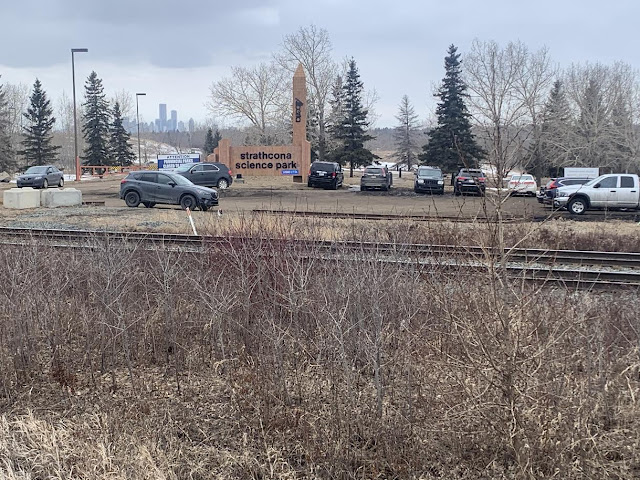 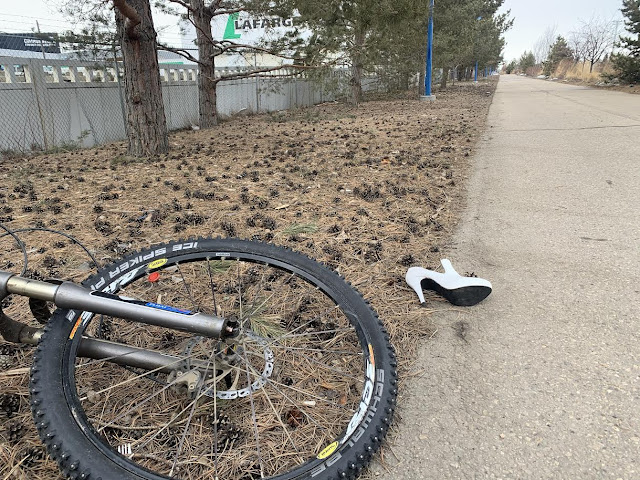