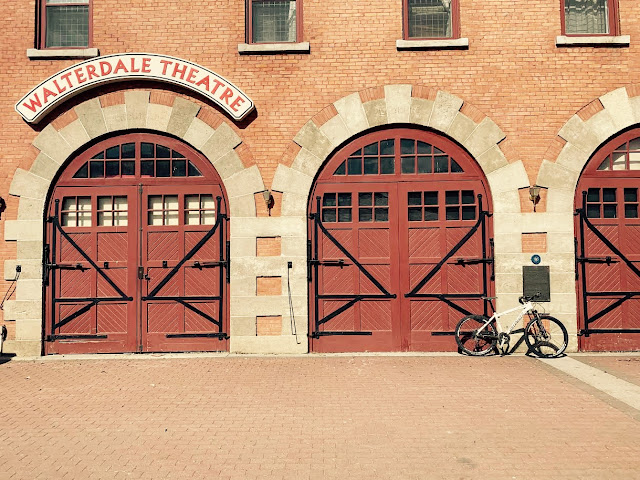 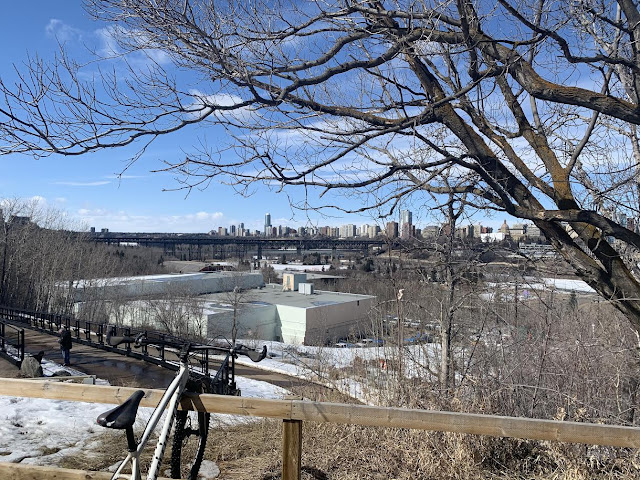 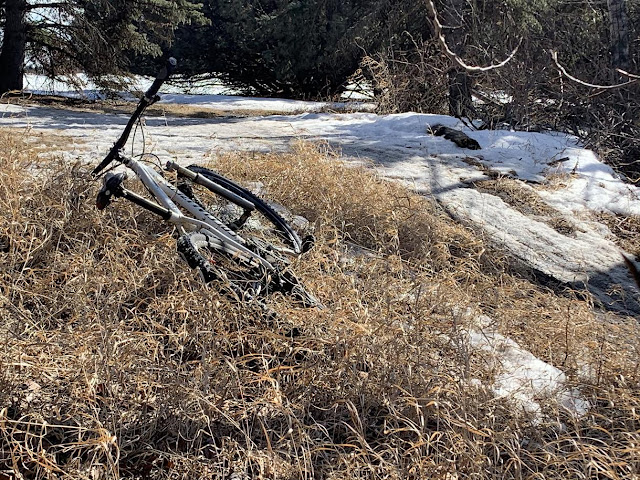 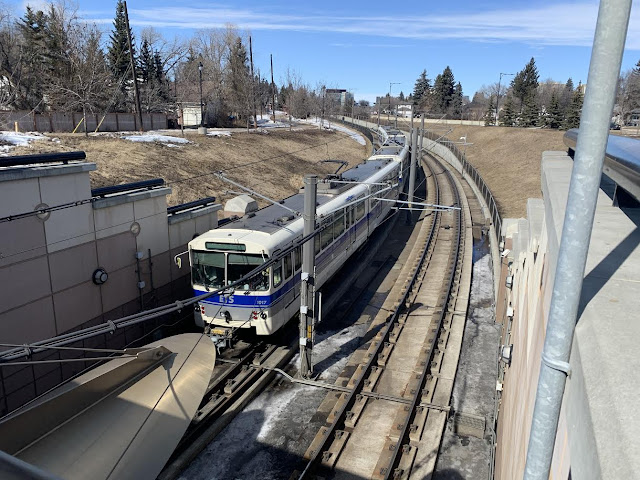 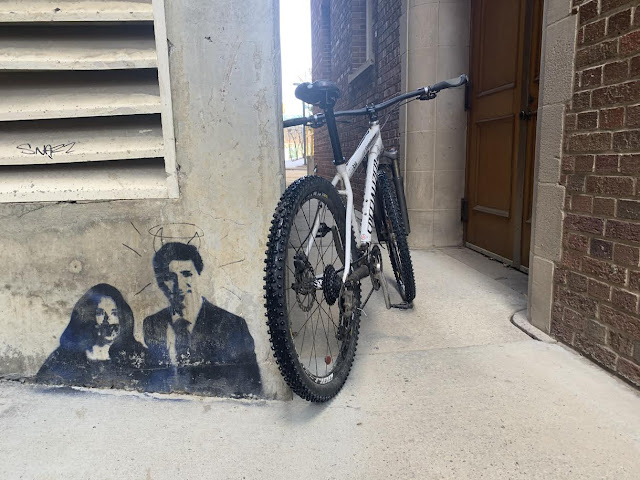 We head back into shitbike season as the dirty trail time is officially upon us. I'd say it's a little late. Usually this is a mid March practice but I'm fine with this year it being late given the year we are having.

After some high level meetings with the Beer Friday staff and Lonebiker executives last night we decided to avoid the trails until this thing calms down. I'm not sure what that will mean in the dry season once the trails are open up. I will look at riding singletrack once it is ready. The main thing keeping me off the trails is the people and no way to avoid them with slushy snow on the sides making passing at a distance quite hard.

I parked at the old school mill Creek spot with no intention of entering the great ravine, I took the roads to the 83rd Avenue bike lane where I rode towards the university. I skirted around people and eventually found my way on Saskatchewan drive after getting lost a couple times at the UofA campus.

I rode on the road along a busy river valley and came up to the End of the World where tons of people all had congregated to get a selfie for their Instagram. It was really a sad sight to see as I realized this virus will not be going away soon with the way these people are acting. As I rode on hordes of people  were now in the valley walking along Saskatchewan drive as they practiced their social distancing walking past each other a short couple feet away.

The city will be forced to close the parks soon. It's only a matter of time. People aren't listening.

Yes. I was out. I get the hypocrisy of complaining but (get ready for some incredible off the wall virtue signalling) I did make a point of staying the hell away from anyone. Lots of room was made between me and the possibility of anyone else getting close as I stopped well short of red lights and when I did have to pass somebody I took the slushy snow on a shaky scary bike.

Pats self on back.

I rode to Foote Field and turned around somewhat retracing my steps back. The ride was around 24 kilometres but it felt like I rode 8.  The zero challenge of any hill or any sort of fun bullshit made this an easy one.
at April 10, 2020