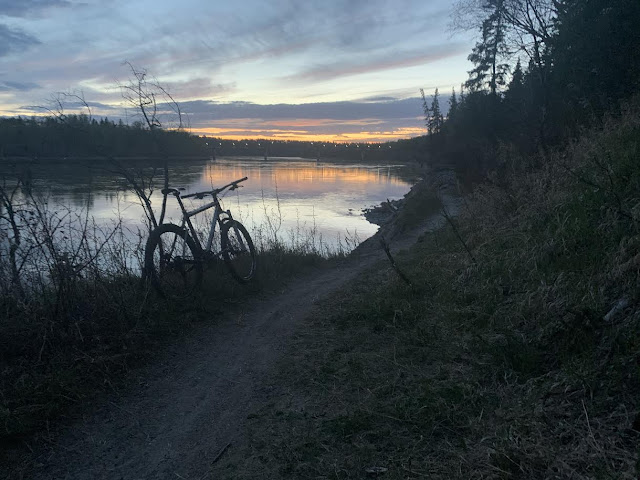 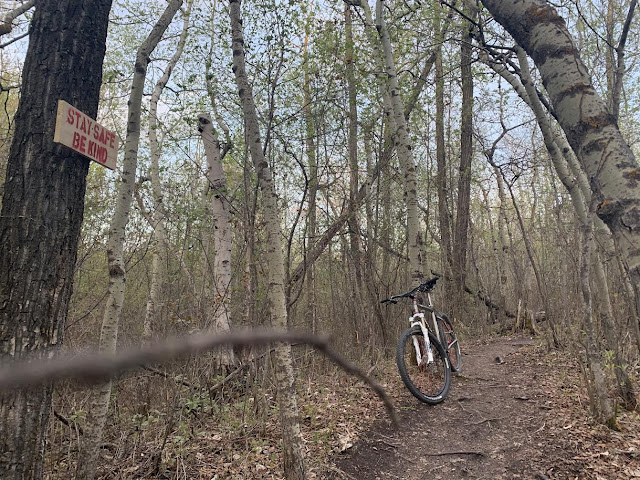 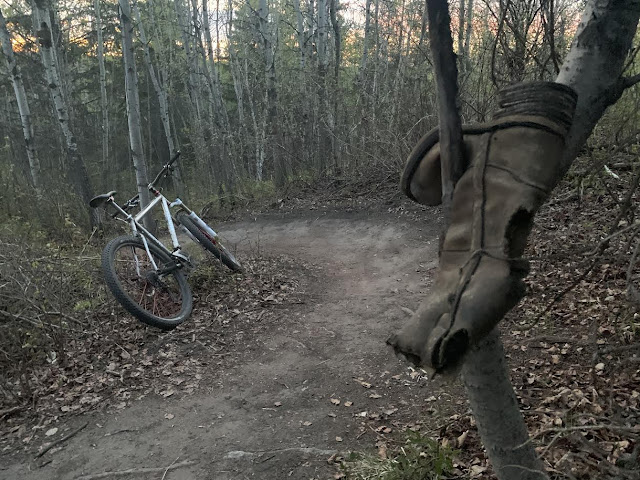 These Stay Safe and Be Kind signs have seem to have found their way onto many singletrack trails in the valley. They are everywhere and I could only imagine a group of women (or one) are behind it. Men would never do this. We suck. Hell I think I posted a picture on here while probably giggling uncontrollably on this very here blog of the middle finger pointed in the general direction of one of these signs. Why? I thought it was funny, does it make me asshole? Hell yeah it does. If you are behind these signs and are reading this may I give you a giant kudos in your direction and please know the middle finger pic was all done in fun.

The vote for rides of the year which comes in January of the new year will definitely see this near the top, hell this one may have knocked off a ride on the overall top ten list. A rare night off was given to us in lieu of Monday as apparently the weather will get quite crappy by then. So hats off to my employers for this ride which would have not happened as I would be working.

This ride among many others on the Moots has me once again convinced that full suspension bikes are a giant waste of money if you are riding exclusively the river valley. With mountain trips getting more rare as life keeps getting in the way I am now wondering if replacing the Rocky, Altitude is a viable option. Option number two is replacing the Rocky with either a 650B or 29er hardtail. I will most likely go 650B as the 29er wheeled crowd seem to brag about their wheels like vegans incessantly brag about being vegan.

I know I have written this before after an amazing ride on the Moots so this could all be bike lust that is merely controlling the typing on this keyboard. If this ride was on the Rocky tonight I'm sure I would have had the same type of experience. Or would I? For me hardtails are just fun as shit.

The main driving factor behind tonight's energy was not working. The pre-ride energy was quite low and I thought I would tank before ever getting out of MillCreek. Once on the saddle the feeling was euphoric and I knew the ride was going to be special.

An into the dark ride from old school MillCreek through all the south river singletrack up until Machete which was ridden in the dusk making the sketch factor quite high. I attached the lights at the bottom and nervously switched them on as I did not know the last time they were charged. It was a blue light and I high fived a tree branch as I knew I had lots of light for the return trip. EMP Blast and the former Canada Cup singletrack were ridden in the dark and went with the flow of the whole ride. Everything was on point. The trails are insane awesome right now.

The sketchy homeless people who were all out in high numbers made me decide to play it safe and ride paved as much as I could back home.