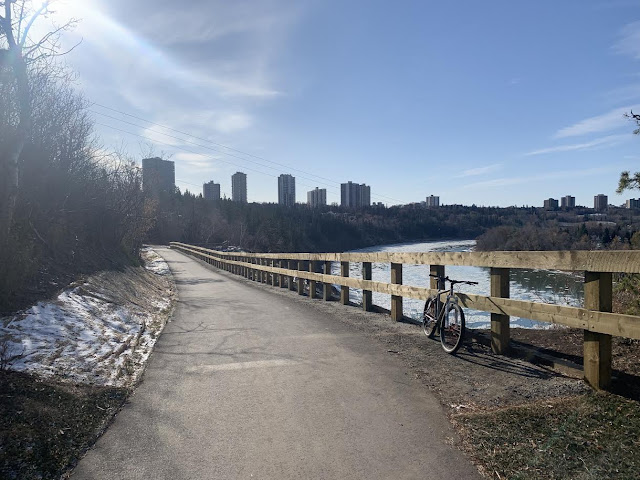 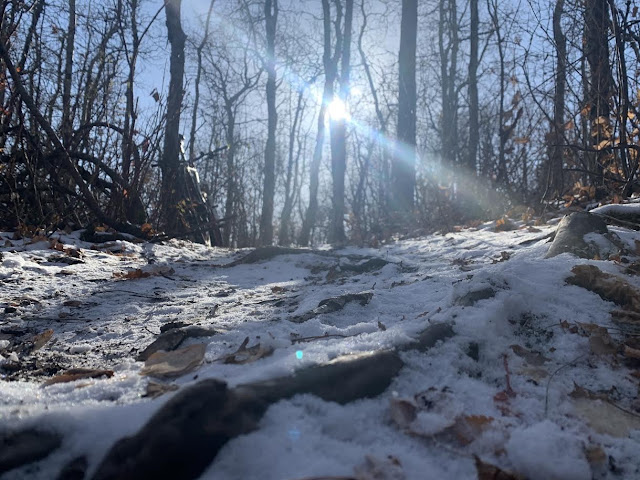 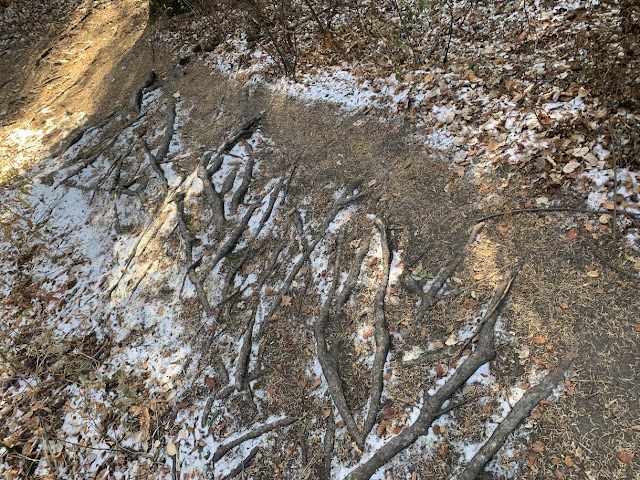 A very impromptu ride today as a small window of opportunity was there for a bike ride. Well... I mean I could stay at home and build some plastic models and all in the nice heated den with Mrs Lonebiker most likely serving me hot chocolate and giving me foot rubs. Now wouldn't that be swell?
I chose the cold. I chose a fancy hardtail. I chose more fun.
And it was more fun that I had.
The old school parking lot in MillCreek was used for a startup and I rolled through all the usual trails one would when the singletrack is good to go. Everything was quite great. Same as Thursday's ride with the odd slip here and there but the traction I had was impressive. The steep sections where normally there would be fat bike ruts in the Winter looked a tad sketchy covered in hard packed snow. It was hard to tell if there was ice but my tires dug in and took me up (or down) promptly with no braking issues.
I escaped MillCreek via Blue man and took Dirty Mattress down into a cavernous treed wonderland. Seriously guys, hate beating a dead horse here but fuck me that valley has its amaze moments. I took the short Wreckless Abandon trail out to Old Timers and rode the high side trail named "Too Much" I believe.
Why does there have to be so many different trail names? Like really?
Sorry... I'm starting to get old and the world is a bit Too Much for me lately.
Bah ha ha!
The paved Pyramid climb was taken up and it was Mill Creek's famed The Trap trail starting my march towards home in the chilled October air.  A run into Jason and Gord with Jasons new titanium hardtailed ride in all of its glory. We need to do a photo shoot and post on here soon and I promise to get on that right away.
The ride ended with a big smile. Things are quite swell right now. Get out there. 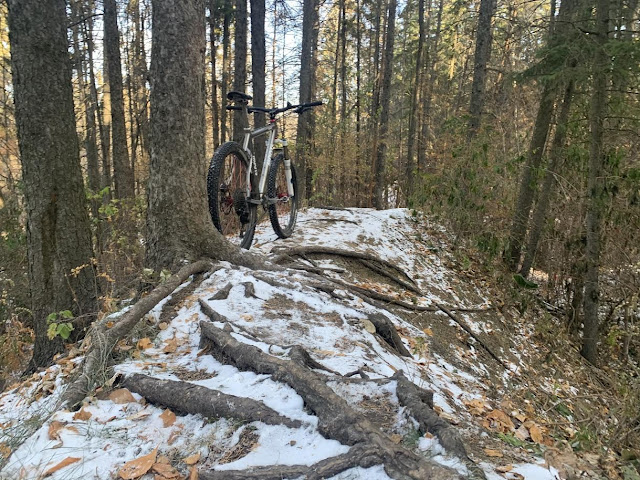 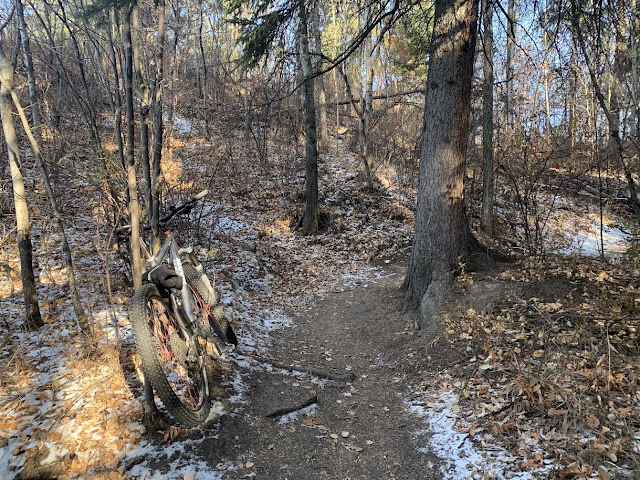