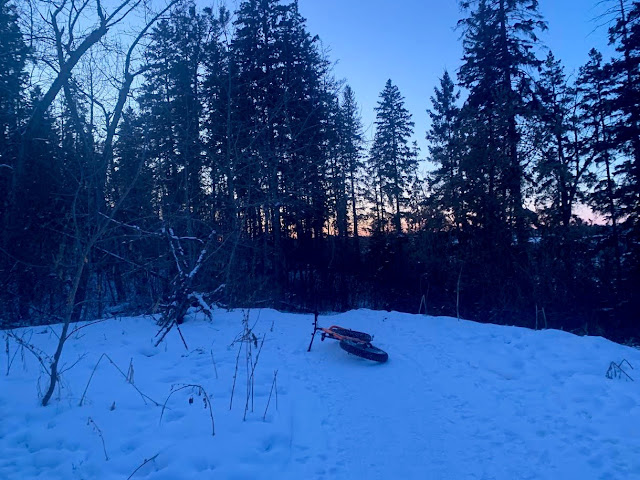 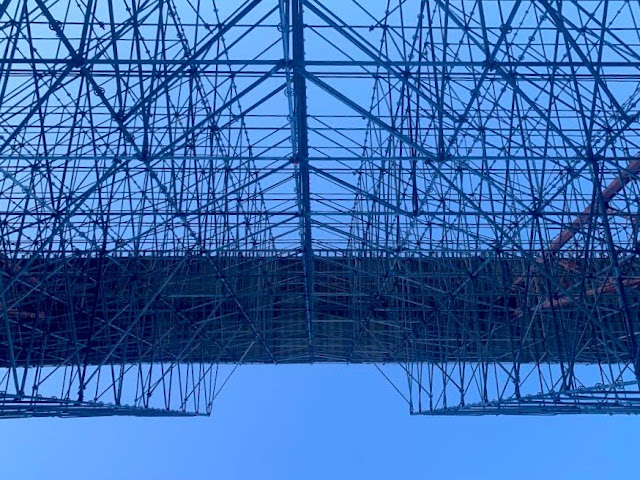 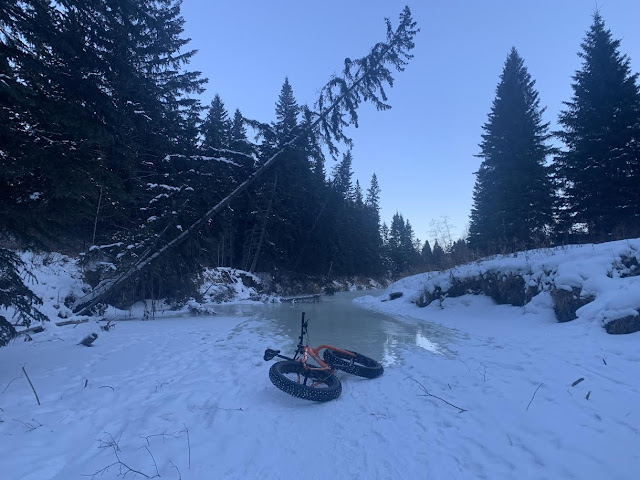 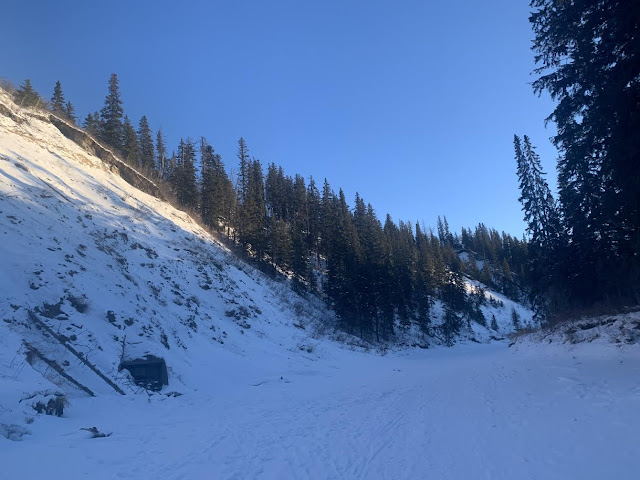 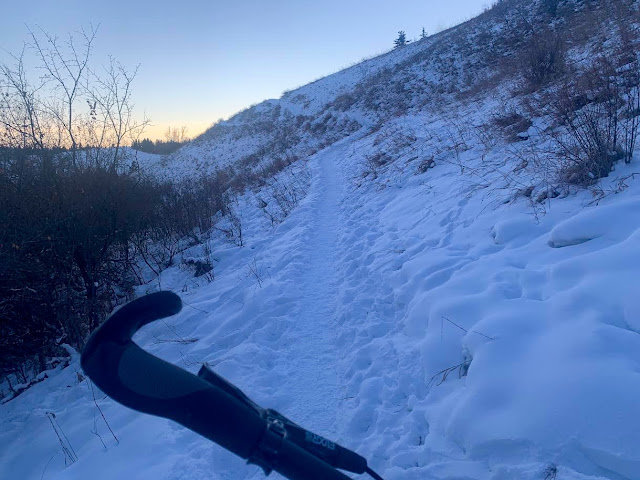 A planned creek ride for the first time which didn't quite turn out the way I had hoped. The start was Fort Edmonton and I immediately hit the Whitemud creek ice and rode away and was quite awestruck by the incredible views and cool vibe that riding the frozen creek gives a person.

I have always been leary of creeks and rivers no doubt fueled by the tragic death of my brother in the Bow river in ninety six. Sadly I had some real cool friends who would make fun of me and call me a pussy for being scared of swimming in creeks and wading in rivers over the years with complete disdain for shit that I have gone through losing a close family member, which made me not a big fan of running water in the wild.

Thankfully, I don't associate with dumb fuck people anymore and only hang out with the cool ones.

I had hoped to meet Kent (speaking of one of the good ones) for this but his shoe had died after a dog run leaving me alone for this one. I contemplated on just riding trails and avoiding the creek as I was alone but then realized it has been below -30 for the last two weeks and that water should be completely frozen.

I think it's the third pic down from the top that I took a pic for a group text stating my awesomeness. There was a lot of condensation rising up which meant there was water on top. I don't understand why that phenomenon exists but it was kinda cool considering the bitter cold. Was there a city drain pipe coming in? It was in an area of exposed sun so maybe that's it?

I stuck to the side of the creek and my tires sunk in over an inch and immediately I was a bit worried. I kept going but soon found a ledge to put my foot down and contemplate my next move, I kept going for a bit and eventually bailed when my front tire started to be hard to control.

It's not that I felt like I was going to sink through and drown. My main fear was losing control and falling into the slush and becoming immediately soaked in the cold with night coming. A situation that would easily get very fucked up very fast.

I found some deer trails.. Well probably people trails and was at Snow Valley ski hill. I planned to ride the creek again and see how far I would make it. When I walked the bike onto a section my feet fell through and I stood in the creek with freezing cold water up to my ankles.

A quick panic ensued as I waited for my socks to start soaking in the water after I exited in a quick fashion. The soaking never happened and I yelled out "Hellz to the yeah 45 North shoes!"

I figured they were a good waterproof boot and they should be considering the price. When in the water I doubted the water proof capabilities. It was the greatest feeling after that happened having dry feet. Soaking feet would have been a disaster as well.

After that I aborted any more creek riding and chose to ride up and out along the Uof A farm. The push home was a real struggle as my wheels were caked with ice and my rear wheel was very low on air but you know what? My feet were dry.