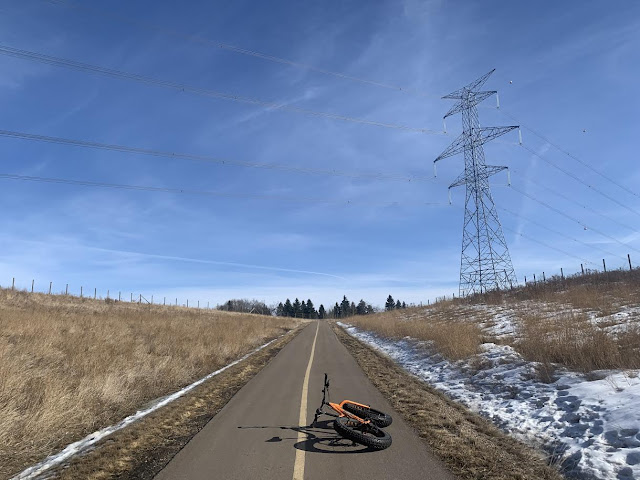 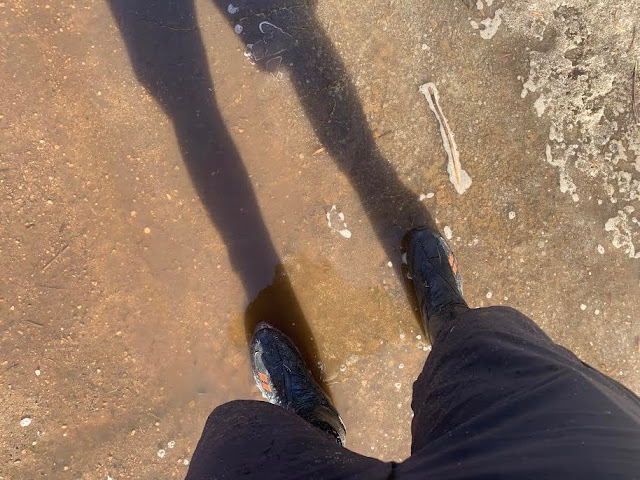 Some exploring done all on the fat bike on a ride I didn't expect to go much further than fifteen kilometres. The pre ride festivities were quite on the lethargic and cumbersome scale as I had a bad night and was dead tired. In fact I almost shelved the idea for this ride but my wife was home and I really wanted to get out of the house.

Oh man, I kill me sometimes...

Seriously. Don't you hate those guys? The married ones who bitch incessantly about their wives. Whoops! Forgot it's 2021. "*replace wives with partners" Phew.. That would have been bad.

I parked at the Science park and still thinking of a ride I did back in May last year. I kept wondering what went beyond the Henday bridge eastward. I did know it will take you to Fort Saskatchewan but never explored on any map. The ride I went on last year I crossed the bridge and turned around.

I was pleasantly surprised at what I found. It was a paved trail system that ran along the valley at it's highest point and then dropped down to river level for miles. Sparartic acreages from back in the day were scattered throughout the area. on the high point. A golf course is followed for a bit then drops down low to river level.

A field of cattle would amaze the most cultured city dweller that greets you down below. More farm fields show up as you ride the boring paved throughout the valley. This had me question the legitimacy of future end to end rides in the valley now that I know this exists. From the Henday bridge its about 12 kms (a rough guess) of paved trails which does end at 167 avenue which does put you on the north east edge of Edmonton.

Seeing I had hit seventeen kms to get there I promptly turned back knowing I was well over today's planned km quota.

The return ride was surprisingly as fun as it was going the other way. I would definitely want a better bike next time as the fat bike is a bit of a river pig.

The thought of doing this as an into the night ride has gotten me very excited and you might see this happen before I go back to work.

Out of town readers. FYI. Spring has sprung heavily here and we are staying off the trails as they are melting in case you are wondering why a psycho would ride a fat bike on paved for a full ride. 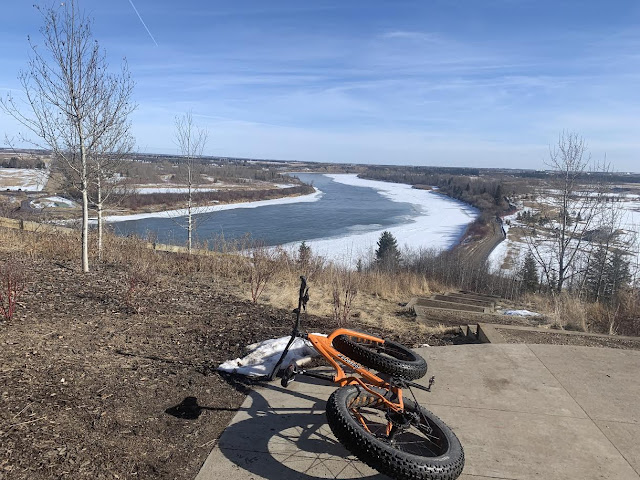 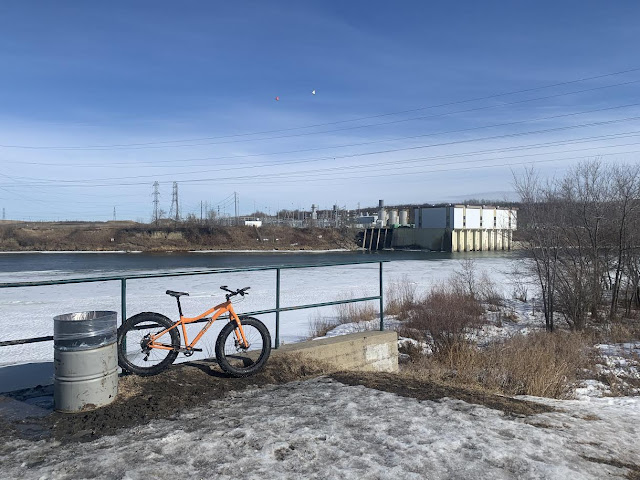 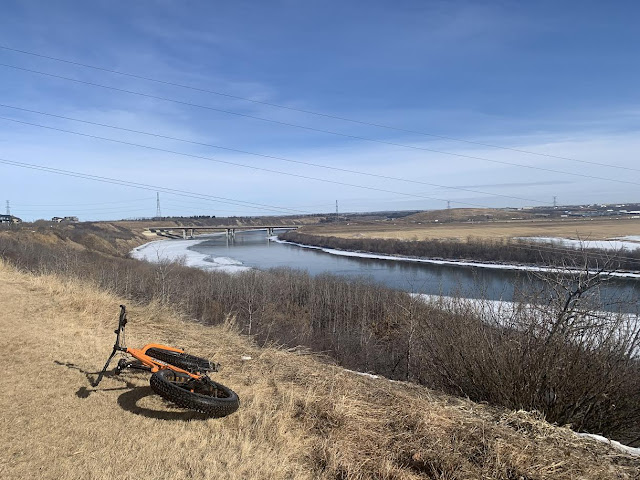 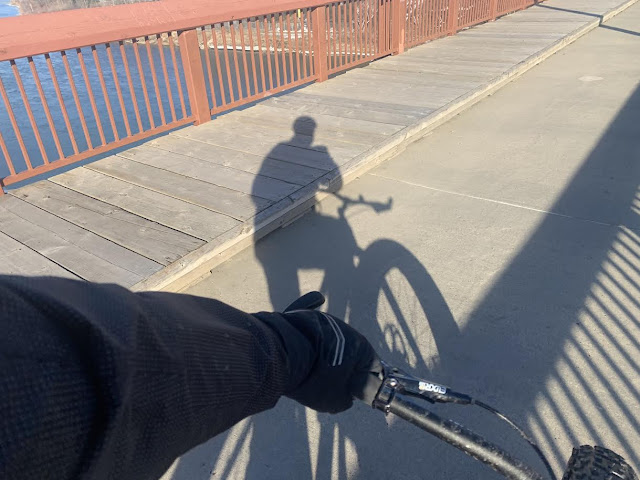