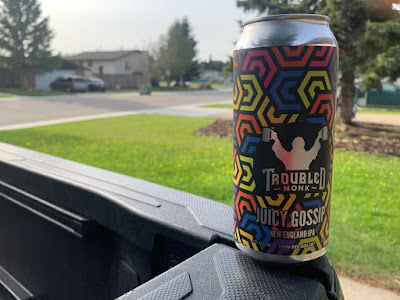 Well here we are. Six days into glorious days off and I have bravely amassed about eight km's of riding. Maybe it was four kms with the rest walking. I don't know.

With very little chance of a ride going down tomorrow we decided to do a beer post so I can get some sort of content out there. I am still looking at adding something else to post up when things are slow and had a very hard look at doing the Bike Lust posts again. I picked a nice new bike (Yeti, SB140) and made a few notes but became very disinterested in it quite quickly.

Why do new bikes do nothing for me?

But new custom no bullshit bikes built by obscure companies in far away places? Schwing!

Apparently I have to figure some things out...

Troubled Monk has been on here a few times and I had these from a barbecue a couple days ago and remember they were quite good. I'll warn you and I'll warn Troubled Monk. With a real beer review going down there is a good chance it won't end up a winner *intern leans in "don't you give most beers 4 suds or higher?" Well yes, he might be correct. Also he is fired.

Troubled Monk hails just down the road from here in Red Deer and is the more populated area in between Edmonton and Calgary and is best spent either filling up for gas and using the bathroom. They have a taproom which should hopefully be opening up soon which looks quite cool in an old school beer saloon type of way. So go there instead of Earls next time ok?

It poured a dirty golden hue with a two finger head that stood around for a bit and left lacing down the sides like a fine lady teasing you in lingerie from the bathroom (what!?) Notes of malt and a sign that this one was going to be 'hoppy' once consumed, I was getting a citrus smell off this with some fruit as well.

We sipped and enjoyed the citrus like IPA that had a slight IPA punch in the end but they mask it well.  Grapefruit is there and notes of honeydew and cantaloupe round it out with a very nice hoppy finish that doesn't leave a lot of bitterness as I said. They mask it well. A great one to be had on a fine Albertan night like this. 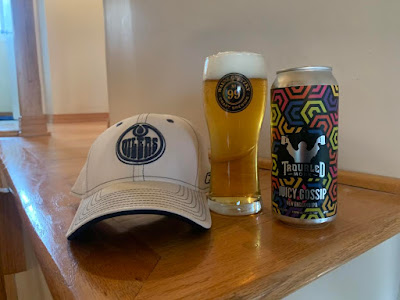