The Frazzled Gets a Move On 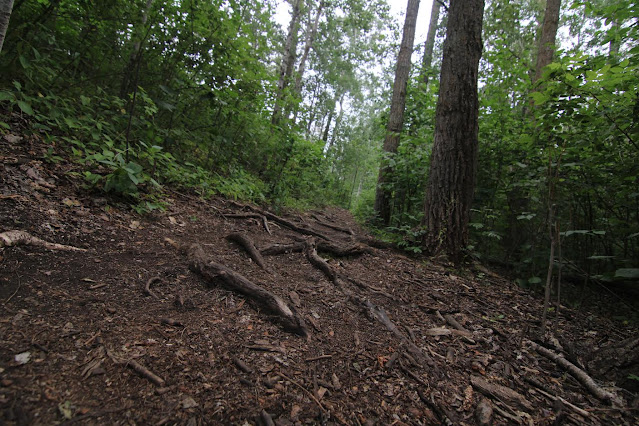 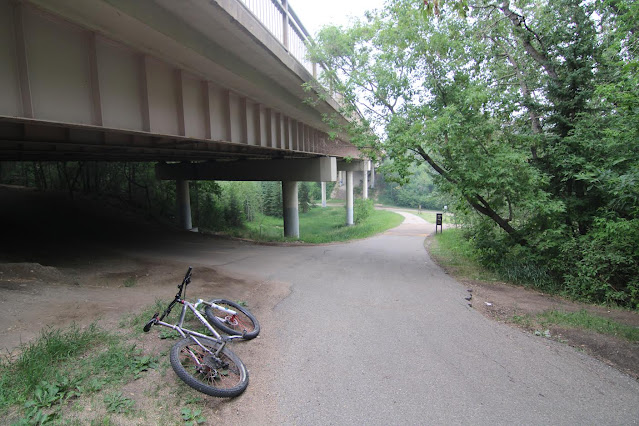 When I went to my Jeep today to start getting ready for a ride  I realized that my Jeep sat parked in the same spot that I left it on Thursday morning after getting home from work. Some work identification and badges hung on the rearview mirror as if to say "hey dickhead, you only have two more days, better soak it up."

No I haven't been a complete waste of a human in the last four days. I just haven't gotten out in the Jeep yet is all until today..

It was Strathcona High School again for a start, an area that now seems synonymous with night rotation days off. It could be because there are no trails immediately starting from the trail head, it is nothing but easy bike lanes to kick off a ride and when feeling low and un-limber it is the perfect start.

A perfect start until some utter douchebag driving a white Mercedes had decided to run the stop sign and almost take me out as I crossed legally. The driver flashed some sort of weird gang sign at me as I was giving him attitude. With this douche of an automobile built exclusively either for insecure Dads so they can show up their family members or cool gang members I stopped with the attitude when I realized this cool guy was probably carrying something cause you know...  Edmonton.

Huh... Mercedes, who would have thought? And I always thought Escalades and BMW's were the creme de le creme for shit humans.

I eventually found an older trail I have not been on in a while. No idea what it was called as several were in the immediate area. It spit me out at the old brewery up above the Walterdale where I soon found the old Canada Cup singletrack and rode the multi use avoiding EMP blast as an older asian lady was descending down the perpetual slippery area and it was taking a very long time.

I was impatient so I left. Yes, she had help kids. I wasn't going to strand an old lady on the side of a hill. An old white lady... Well maybe.

Please not be offended by this. It was merely a joke and you kind of have to admit older white ladies have been a bit crazy lately. Yes, the men too.

I crossed the new amazing sidewalk  on Groat Bridge and was planning on going full insane man and riding the MacKinnon singletrack backwards. I chose the pavement instead. I soon found the fun downhill into Laurier where I found the bridge and crossed and rode my most least favourite climb in Edmonton out of Hawerlak and was up top near the End of the World.

Conveniently a bike lane leading me to my Jeep was right there and I took her home keeping an eye on those pesky Mercedes driving around. 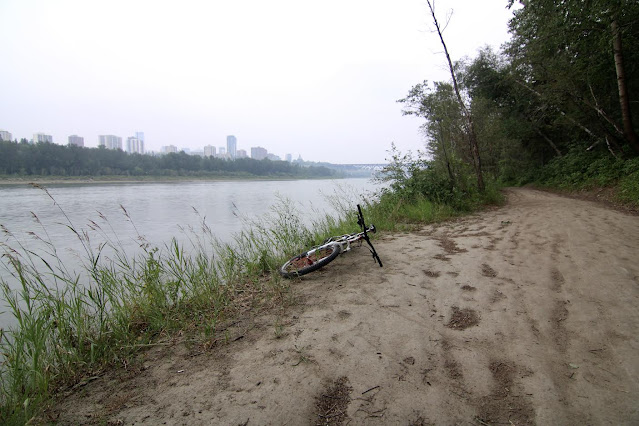