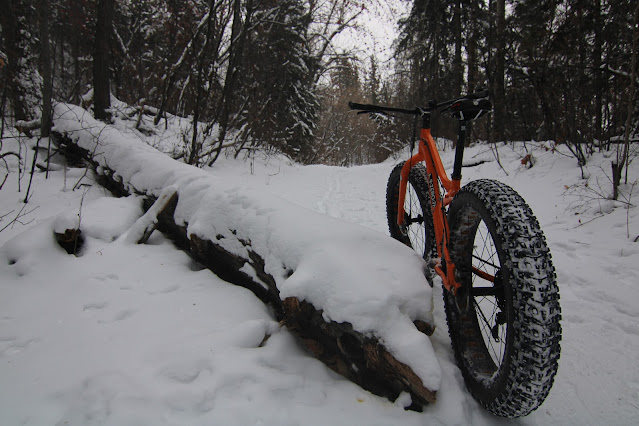 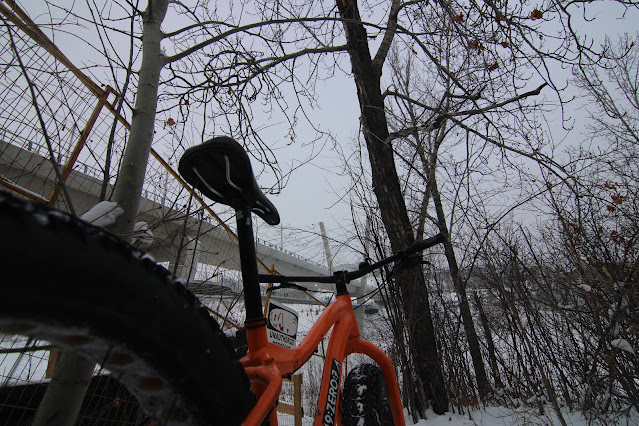 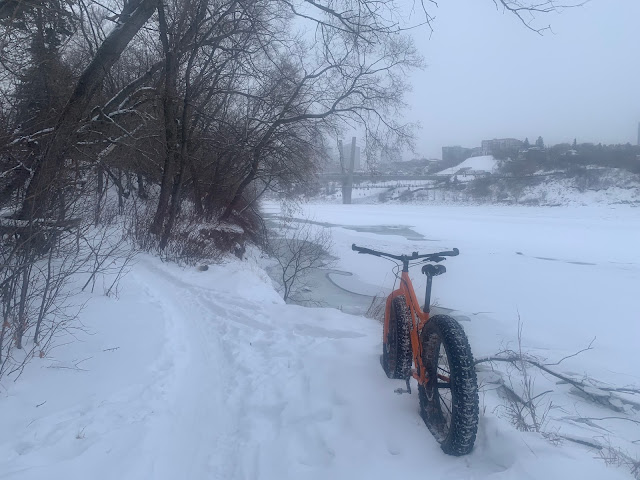 A splendid ride through the snow covered forests on the warmest day this holiday set off so far. A Capilano start took me through Risky Business... ugh.. Is it called Risky Business? I am not looking it up I'm just going with it. I am pretty sure it's called that and I don't care. *sits boldly with arms crossed.

Andre's was ridden and enjoyed despite the short steeps which owned me.

There are some reasons I blame for not being cool enough to ride the steep climbs so I made a little list cause it's the holiday season.

* I'm a sad son of a bitch that has no more leg power or stamina for a short four meter climb.

* Tires, it's gotta be those tires.

*Tire pressure? Hmmm, that could have probably helped.

I keep the tires at about 8-10psi as I think I am going to be mainly on pavement (well, ice and snow covered paved trails) the whole ride but I don't know why I think that way. I blame being older and set in my ways although judging from the disturbed snow at every climb. This was my reassurance that I didn't suck so bad which helped.

But guys, I walked up a lot of those climbs today. Caddytrack was not much better. it's the snow ok...

Some women had their kids tobogganing on Caddytrack which came complete with attitude thrown in my direction as I came up on them and passed slowly. A definite lowlight of the ride. I think I have had it up to here with those white folks. Shooter Mcgavin was ridden next with great hesitance as I did not have faith that things would be ok, I rode and walked the climbs. It was not ready but it could have been a lot worse.

I took the mid Ewok goodness to the sexy new bridge which had a bevy of folks checking out and taking pictures much like I did on Thursday. The ride back was uneventful, I flirted with the idea a a back door entry to Golddigger but I wussed out.

Edit. A bit embarrassed yes... Realized now a couple hours after it was posted that it's Winter Solstice. Nice. Happy Winter kids. 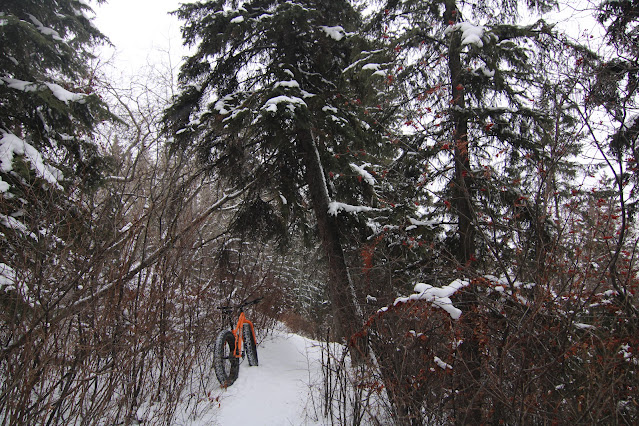 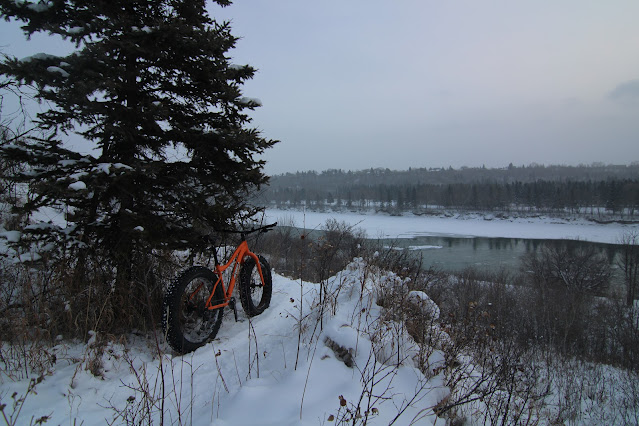