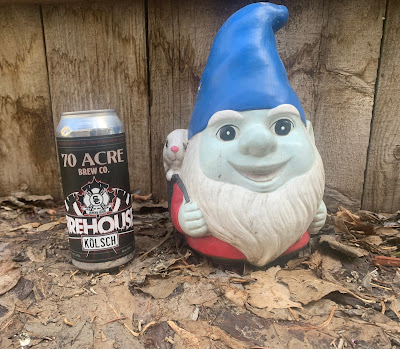 Heavy gusty winds and some lack of motivation led me to no bike ride today. A disappointing end to the day if you ask me. I am down in my den space now typing on a laptop writing about beer when I should be writing about a paved ride that happened and all the fun times that went with it,  instead I will most likely be complaining about the lack of website this brewery has like I have the other reviews.

Unless this Sherwood Park (Alberta) brewery put one up since we last reviewed them. Let's have a look.

A menu has appeared on their website with descriptions of their beers. It is the style of a restaurant menu and it is a thousand percent better than having nothing. It gives a description of each beer in their lineup without having to resort to lame social media to find out the info.

Yes this brewery is local and is in a town just outside Edmonton just like this here blog. 70 Acre has been around since... Well I cannot find that out. I know they are newer (hence the wait on the website.) The name comes from the owners who own a farm which they process the barley for the beer they make which is pretty awesome.

The pour gave us a nice clear gold and refreshing looking German style beer that hopefully was brewed to the Reinheitsgrebot. Cause if it wasn't, whoa man!

The internet told me that ok, I don't even know what the Reinheitsgrebot is but I assume an angry German fellow in lederhosen yelling at the brewers. I'm sorry Germany for insinuating that one of your people are angry. Historically there have never been any angry Germans have there been?

A fine smell of light hops and a light fruit seemed to entice the senses, we sipped and enjoyed a nice light (even though it's 5.1%) and easy drinking beer. A fine balance of hops with a slight shot of fruit seem to round this one out. It is a little bit high on what I would say is the taste of fermented fruit but not at all over powering.

In the end, a nice easy drinking beer which would have been perfect after a bike ride. 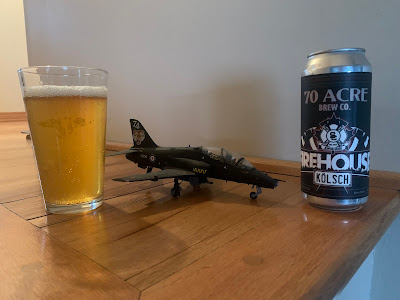