Fort Saskatchewan and Beyond 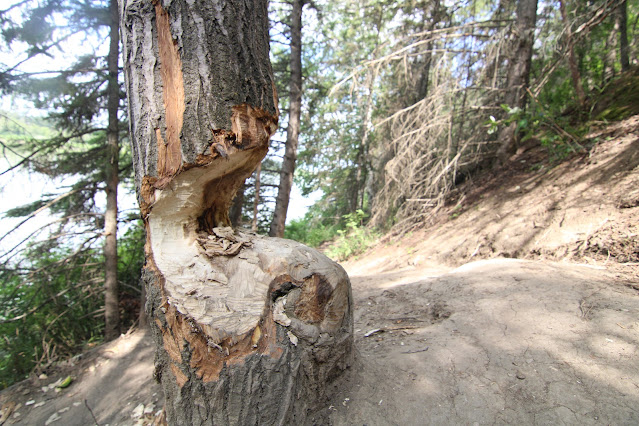 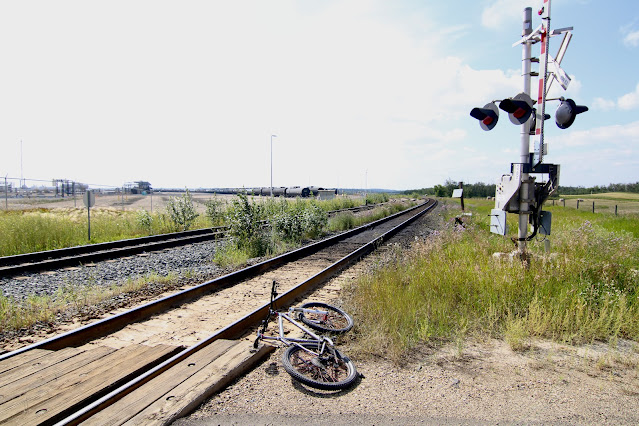 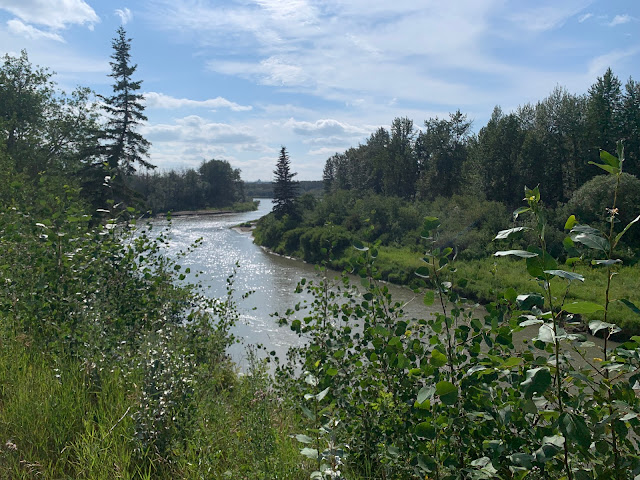 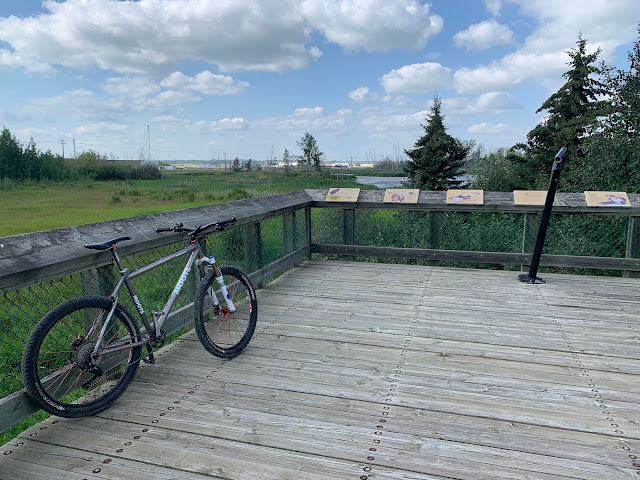 Well damn.. it took me this long to get out on the bike and I am on the glorious day shift days off. This should be a travesty but I just used the hot weather as an excuse not to ride. Yes it's the hottest time of the year and it has not disappointed. No, it is nothing unusual here like what was going in in Europe but it is still too hot for my pathetic Canadian body.

Give me cold air, give me a little bit of sleet and snow. Fuck ya.

Today the temperature wasn't so bad and I worried that the trails would be filled up with people and I was not wrong. Yes I showed up mid afternoon, the worst time to show up for anything as most people get going around this time.

With no faith on the bridge construction being done I parked at the boat launch and headed eastward confident it would be quite there as most people head west.  I was wrong. Not one bike but people walking everywhere. With the poor summer sight lines and me refusing to take out the headphones I was a bit nervous at all the blind corners.

I found the bridge and skirted through the construction area keeping an eye out for some sort of security that is never there. Signs of lots of traffic through the area made me wonder if they really cared if anyone was there.

I found Turner Park and kept riding and would not stop and I even remarked to myself quite a few times,"just where the hell am I going?"

I eventually found the refinery area and the Dow chemical plant. I rode down the road and could not stop. I don't even know what I was searching for when suddenly I saw a train in the distance and I knew I had a destination.

I turned around at the tracks and found a park that the oil companies and chemical plants made in order to look like they cared. I mean hey, it was noble. Well noble and a little pathetic. It was not too big and had a walking path to a lookout of a slew. A broken viewfinder greeted you at the lookout with the customary placards of local wildlife.

Honestly, if they had fire pits it would be tempting to go with the family,  you would be the only ones there almost guaranteed.  The only bad thing is a possible ruptured line somewhere and me and my family slowly suffocate and die. The companies tried hard and that's what counts. Or was the county behind this? They even had rainbow coloured benches just so they can show the people that they are woke too. Soon there will be a sign at the entrance making sure users of the park greet each other with the proper pro nouns. God damnit, way to go guys!

I rode on after that on what seemed an endless stretch of road and soon the July air kicked in and I was done. I skipped the trails on the return and avoided the west side. Bummer.