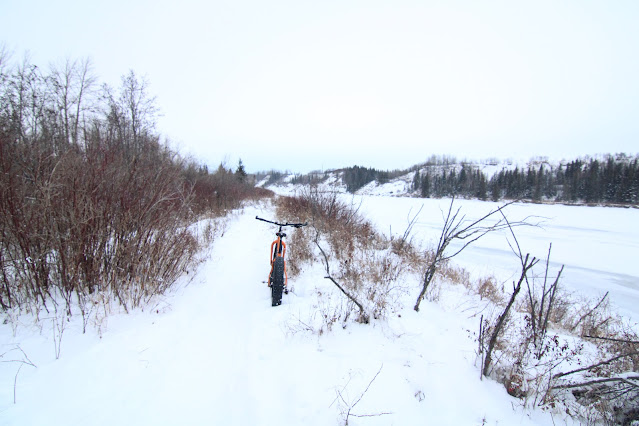 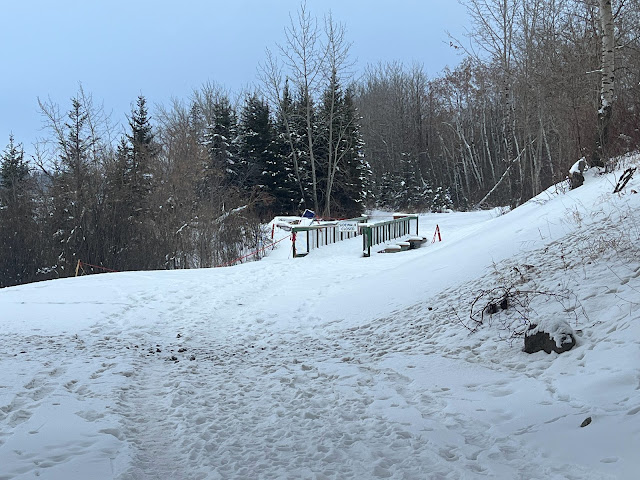 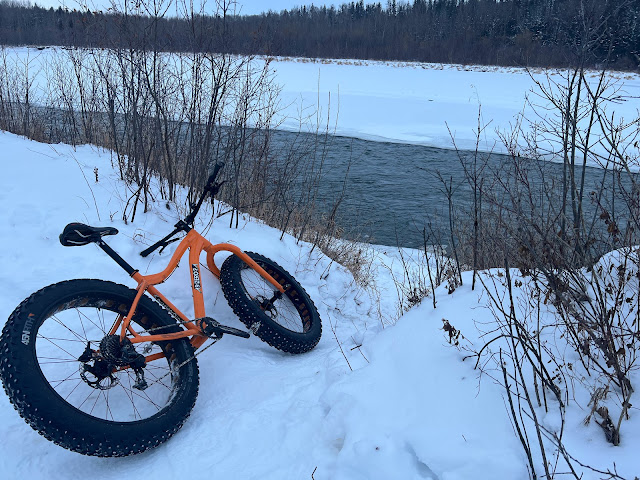 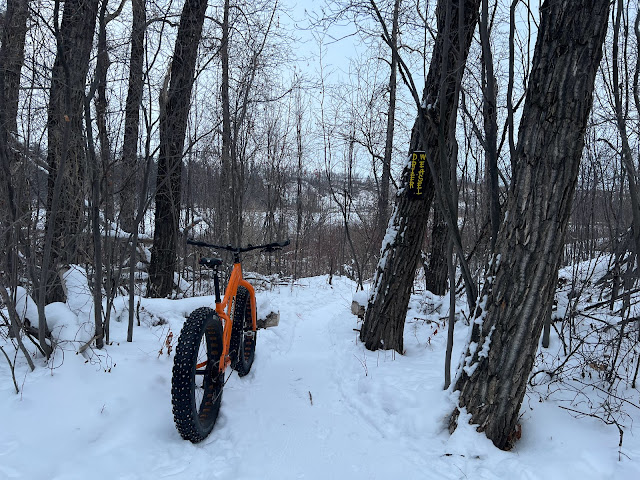 The good news is the bridge construction hassle looks like it is off for the time being and I could resume parking at Turner park. A far better parking spot than the boat launch for me anyways. They still have the bridge blocked off and it looks good to cross, I am sure some safety bullshit excuse is behind that one. Like a missing railing or part of the floor structure missing. oooooh scary.

It was perfect conditions on smooth ass trails that looked like some sort of advanced alien spaceship of a trail groomer went through. It was pretty cool and fast rolling. Both ends going east and west of the boat launch were groomed with this nice little groomer they must have.

It was both ends ridden after exploring some newer trails on the cool west side that everyone rides. Train In Vain was ridden for the first time and it was like someone was obsessed with Flat Pete and the trail turn arounds were insane. I was not able to make it on a couple turns and blamed the bike. I will probably ride it in the summer but honestly you cannot beat the original old singletrack so I will probably stick with riding that instead of all the new stuff unless I work it all in which is what I tried today.

The morning ride was great. My hub did blow up after it showed sone signs on the ride with Jason. I was surprised at how fast it went today as the bike was running smooth for the most part until I started coming home after taking the bridge pic. The bike became unrideable as everytime I stopped pedalling the chain would slack forward and I would have nothing once a quick hill would come up. I retreated to the paved and the hub completely was done by then. Some walking was done until I learned if I pinned the cranks enough it would catch and I could lightly pedal back to the Jeep.

The shit bike will be called into service as I was hoping to head out more before work. Yes there was panic happening when I knew the hub was done.