Trying to embrace the night

With spring rapidly approaching I decided to head out in the dusk to ride into the night as night rides are quickly disappearing unless I wanted to stay up pretty late . I also love coming home in the dark , there`s just something special about it . 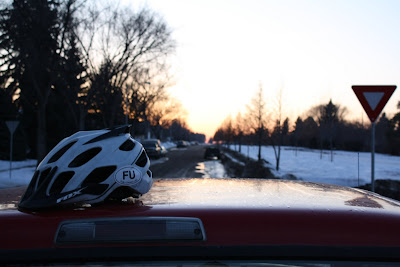 I parked at my usual spot in Millcreek and started the journey into the valley . I had planned on riding into the Strathcona park area (not science park) but within a half hour into the ride my feet were soaked and I knew I wouldn`t make it that far . Reading the paper this morning they said rangers are not recommending hanging out in Mill Creek so I dropped down into the Creek area and saw the usual flooding that occurs this time of year and they were right . Be careful out there kids ! 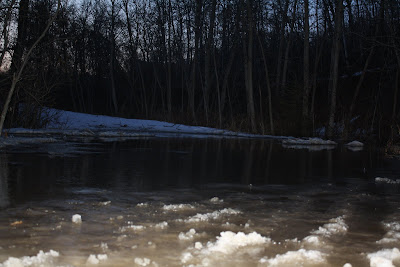 what once was a trail is now a lake

I packed the nice camera for tonight and parked the Stumpy everywhere and took lot`s of pictures , it gets frustrating with the camera sometimes as my amateur camera skills are in serious need of a course . By night`s end , I ended up with some o.k pictures . 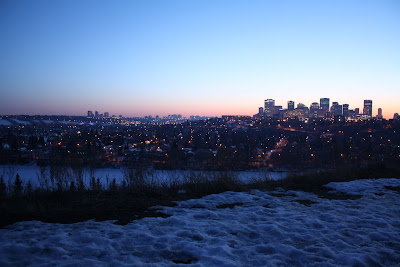 and the city shuts down for another night

Getting home tonight was tough as my feet started to get real cold from being wet , I made it as far as Wayne Gretzky bridge took some pictures than started for home . I`m hoping I will get a few night rides in before the sun stays up too late . Tonight was good .......Real good ! 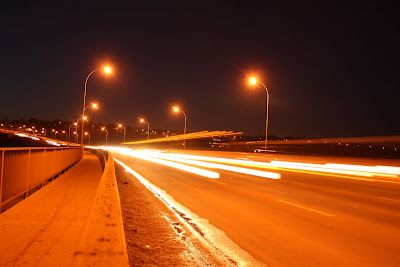