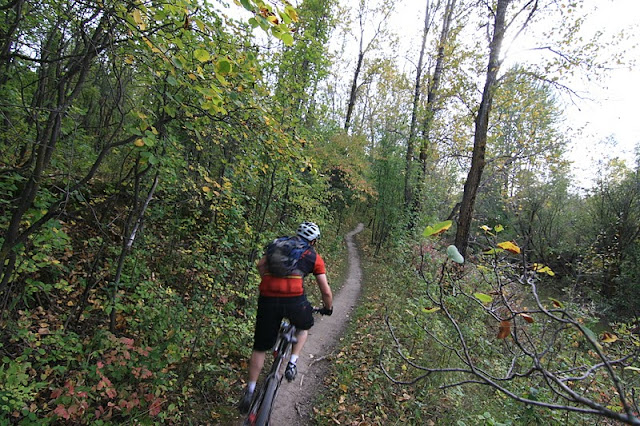 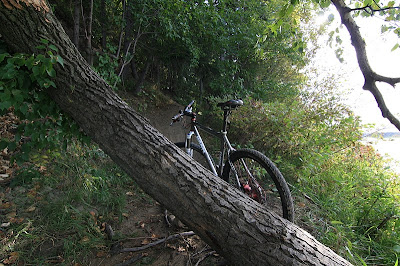 Finally! A return to the trails. After a good month and a half  I sucked it up and went riding.

I chose Fort Saskatchewan for my return, not only cause it's my beloved, but, cause it's easy as pie (that is aerobically speaking). I realise some of you may have spit chocolate milk on your computer screen when you read that and I apologize.

For the first fifteen minutes I rode those trails like a champ. Big ring flying down tight twisty singletrack can sure be good for a guy who's been off for so long. My only concern was the amount of traffic I encountered. I have never seen it so busy there. Could all my boasting about how great the place is have anything to do with it? I doubt it but just in case. Fort Saskatchewan riding sucks. Don't go there! There, I feel better now. Oddly enough the traffic was heavy for the first one or two kilometers and then nothing. Which made me think of how most rides in the mountains and places where you depart from a specific trailhead the same thing happens ( the river valley doesn't count, there's too many starting points). Do people start and only ride the first few kilometers back and forth? I've always found that strange.


The ride midway started to beat me up as expected. I conquered the log crossing, somewhat root infested trails but at the end physically. I felt it. This may take a week or two to get back to riding shape. Hopefully my neck doesn't start screaming tomorrow and I can get a couple rides in this week before a trip to Seattle on the weekend.

Until then, my only question is, can I have my summer back? 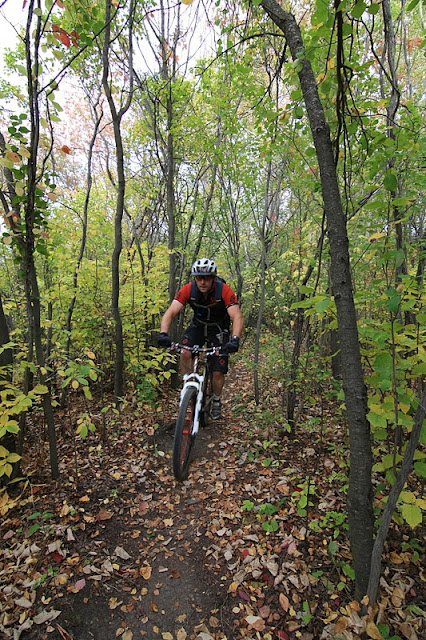