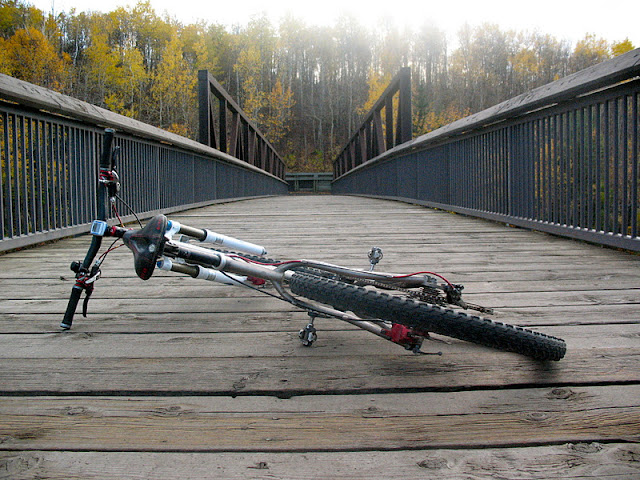 And that ride was motivated by a big win by my boys from Seattle.

It's funny how something so simple as a win can make your day. It is magnified substantially when you (and the whole world) are expecting a huge loss. I was bouncing around the room  and decided I needed to get rid of some of that energy in the valley. "To hell with my neck" I shouted with vigor, and was on my way.


Truth be told I had wanted to go riding and was tossing the idea around during the game.


It was a short ride as Thanksgiving plans forced me back early. It would have been short anyways due to my now hideous physical condition. Feeling my belly jiggle as I passed over each root and rock was new to me and made me think about the possibility of getting liposuction. I then remembered I was wearing a Seahawk jersey and thought I would fit right in with the football fan stereotype. I gave "Charlie! Charlie! Charlie!" chants as I passed each walker (that may only be funny to Seahawk fans) to help establish the stereotype.

Overall. The short one hour ride kicked my ass. The climbs in Ewok and Mill Creek showed me what a  little chump I have become (or should I say large). Dare I say "fuck it" and ride despite the consequences? Every fiber of my being screams yes.