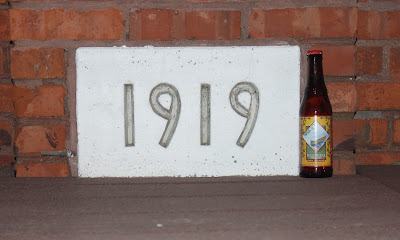 New Belgium brewing started in 1991, which may have some of you a little confused about the above picture as they may think it has something to do with the beer in the same picture. Well simply put, it doesn't. I just took a picture, it was cold and I wanted to get out of there.

This brewery is a big fan of bicycles, thus I am a big fan of them. Their famous Fat Tire Ale is the flagship beer of New Belgium brewing. A beer that was founded on a brewery to brewery bicycle trip in Belgium. A beer that will be on here reviewed one day unless I did already. Let me check,  here have some swinging music for you to listen to while I'm gone. Isn't that just great? I really don't understand why we live in a Katy Perry/ Maroon 5 fused world.... Sad, just sad. Anyways according to the archives there was no Fat Tire ale review.

The pour wasn't just another beer pour. Magical light orbs emitted from the bottle turning my room into a colourful cesspool of  gay loud light. Naturally I left the room screaming my head off. With the amount of beer reviews done on here already you tend to want some sort of exciting action to besiege you. At least my imagination works wonders when I want it to. The pour, truthfully was uneventful and gave us a golden beer with a one fingered head that still is somewhat there (now wasn't the first pour more exciting?) The first sip was somewhat boring and sadly so were the next twenty two (I counted) A malty beer where I found it hard to distinguish other flavours. If I was looking for something to replace a famous Beer Friday I would have to look elsewhere. 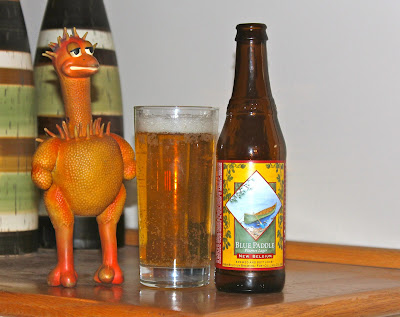