A Day Where Television Wanted to Rule 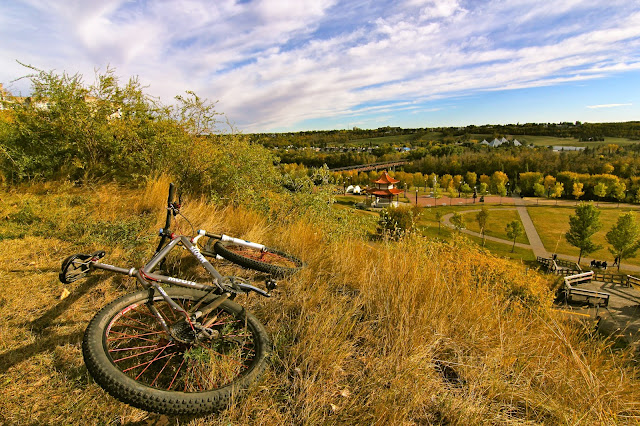 Original plans to be gone omitting a possible ride fell through and I had to battle television to get a ride in after a cold wet morning. I am not normally a big watcher of the television but when the Seahawks play I am a sucker to the boob tube. Today's game started poorly and ended quite well in overtime. Which put my butt on my couch from 11 till 2:40 in the afternoon. With Breaking Bad ending in the evening and people coming for the event I had a small window to ride and I took it. Yes, my day was sadly controlled by television but with Breaking Bad. The greatest show ever put out I didn't feel too badly. I still rode on a day that was supposed to be spent at the lake.

The ride from Capilano to the Queen, across the river and up into town for the return home was good. Very few people were in the valley cause of the morning's weather. The majority of humanity came in the sketchy areas of Edmonton where I get a kick out of riding. Nothing threatening whatsoever as most only seemed to be concerned with their world right around them.