A Final Goodbye to CYXD 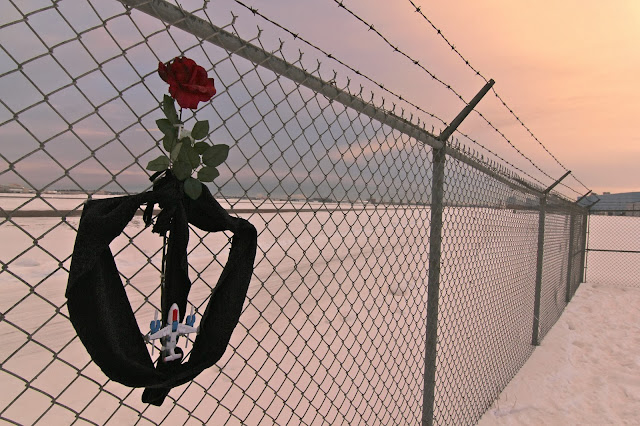 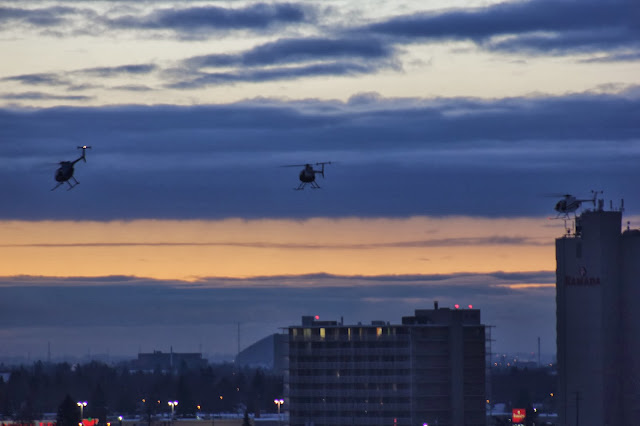 I can honestly say it was a solemn moment as I watched the runway lights turn off promptly at 4:49 from atop of the Nait parking garage marking the official closure of the downtown airport. A night where Canadian F-18's were supposed to mark the end with a final fly by and touch and go only seemed to go with the theme of the airport for the last fifteen years. Weather cancelled the loud angry Hornet fighter jets and the airport sat there in it's last hour with nothing happening. "How fitting" I said to my wife, this airports glory days were over a long time ago. I really don't consider car racing "glory days."

The last person to fly out was not an F-18 pilot, rather a man named Chris Blower. A civilian pilot who wanted to be one of the last. He won the lottery, his plane down below was the one and only to taxi out and take off in the last hour. No other plane touched the ground since his did.

The night was quiet since Chris's departure when three light helicopters appeared and buzzed the runway with about ten minutes to airport closing. They lined up in front of the control tower. Saluted with their noses tilted down, and flew away. A moment worth driving out for, who am I kidding, seeing the lights turn off and paying respects was worth the trip. I'm sure going to miss those planes flying over while out riding in my valley.