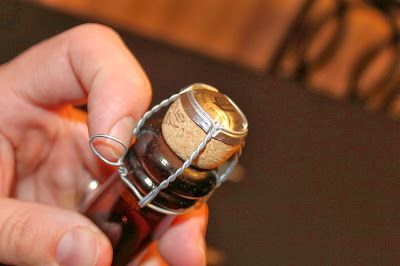 After a good three week (or was it four?) vacation my lonebiker beer review staff have returned relaxed from a company paid trip to wherever their port of call may have been. Yes, three weeks (or four) to unwind is all they needed, now they return ready to spurn judgement upon those who create the suds. Head beer reviewer Agatha is more than happy to start the Christmas season and brought back a gift all the way from Chambly, Quebec. A brewery started in nineteen ninety and is home to many fine beers. In a province full of many fine and mostly misunderstood people. A province I wish very much to visit one day.

Blanche de Chambly, a Belgian style white ale which looks a lot more interesting than most beers tested on here. This one comes armed with a cork with so much class I think all other beers should bow when in this ones presence. I have seen classy, but this one slaps the face of every dipshit redneck Albertan driving a lifted pick up drinking Budweiser. Yes Quebec, you win this round.

With such an incredible bottle, I poured and had a hard time controlling the head as it overwhelmed my glass yet didn't spill. I'm pretty sure it was testing me. I tasted and was a tad upset as that watered down feeling came rushing at me. I tasted some more with my eyes closed and was shocked at the different taste my buds were giving me. I could only describe lemon, squash and a hint of orange peel armed with a slight shot of malt which made for a satisfying return to the reviews. This one has a very nice creamy mouthfeel. This one is light and subtle and would disappoint those in search of a mean spirited beer. 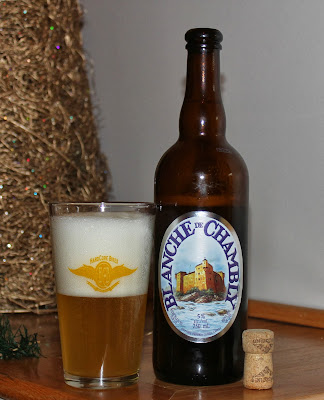