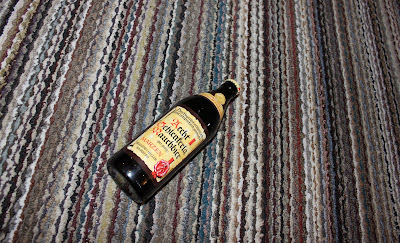 With freezing rain turning to snow which will eventually turn to -21° and colder temperatures. I have to say this has been one nasty ass Winter so far. The amount of snow that has been shovelled off my driveway has gotten past the ridiculous stage, there was shovelling again today and it looks like there may be more shovelling tomorrow. Don't take this the wrong way. I'm not complaining, I seem to have a weird attraction to bad weather. When I was younger I loved the bad weather in the non snow months, now that I'm slowly turning old and gray I love the mountains of snow and gruesome driving/ riding conditions (I'm just not a big fan of shovelling).What's the best part of dealing with this season we in central Alberta call "Winter?" Why enjoying a fine beer of course and relaxing in front of a warm fire after a day of shoveling, or in my case a mac computer and a scented candle. Yes I like scented candles. Does that make me all that much less of a man? Do I have to turn in my so called "man card?" See how defensive I'm getting? I love having a blog and being incredibly insecure, I get no sleep at night.

This beer has me all excited as it is smoked beer. Rather than typing the name of this one again we will just call it "beer A," sound good? "Beer A" comes from Bamberg, Franconia, Germany and their smoked beer is the creme de la crem of their lineup. The smoked flavor comes from exposing the malt to burning beach wood logs during the Schlenkerla maltings. Legend says that dwarfs wearing nothing but a diaper, smoking pipes laced with beach wood and crack cocaine get the smoking done on this highly sought after beer. That is what the rumour is so you can take it or leave it.

The pour gave an impressive three fingered head that sat on top proudly like an American Marine guarding the tomb of the unknown soldier. the smell of smoked wood was clearly evident on this one and my intrigue grew at an alarming rate. I could not hold it in anymore and did something that was never done on a Beer Friday picture shoot before. I took a sip before going into the lab. A silent shudder went through the crowded room full of lonebiker employees and I knew I was fine. Everyone knew this beer was one of a kind. The taste reminded me strongly of being in a sauna at a lake in the mountains in the Winter time. The smoked flavoring was very pleasant and not over powerful. Aside from thinking I'm at some magical mountain lake I could not imagine how good this would pair up as a meal with salmon. Go out and try and find "beer A." You will be very happy if you do. 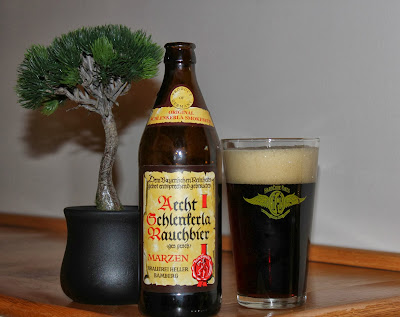