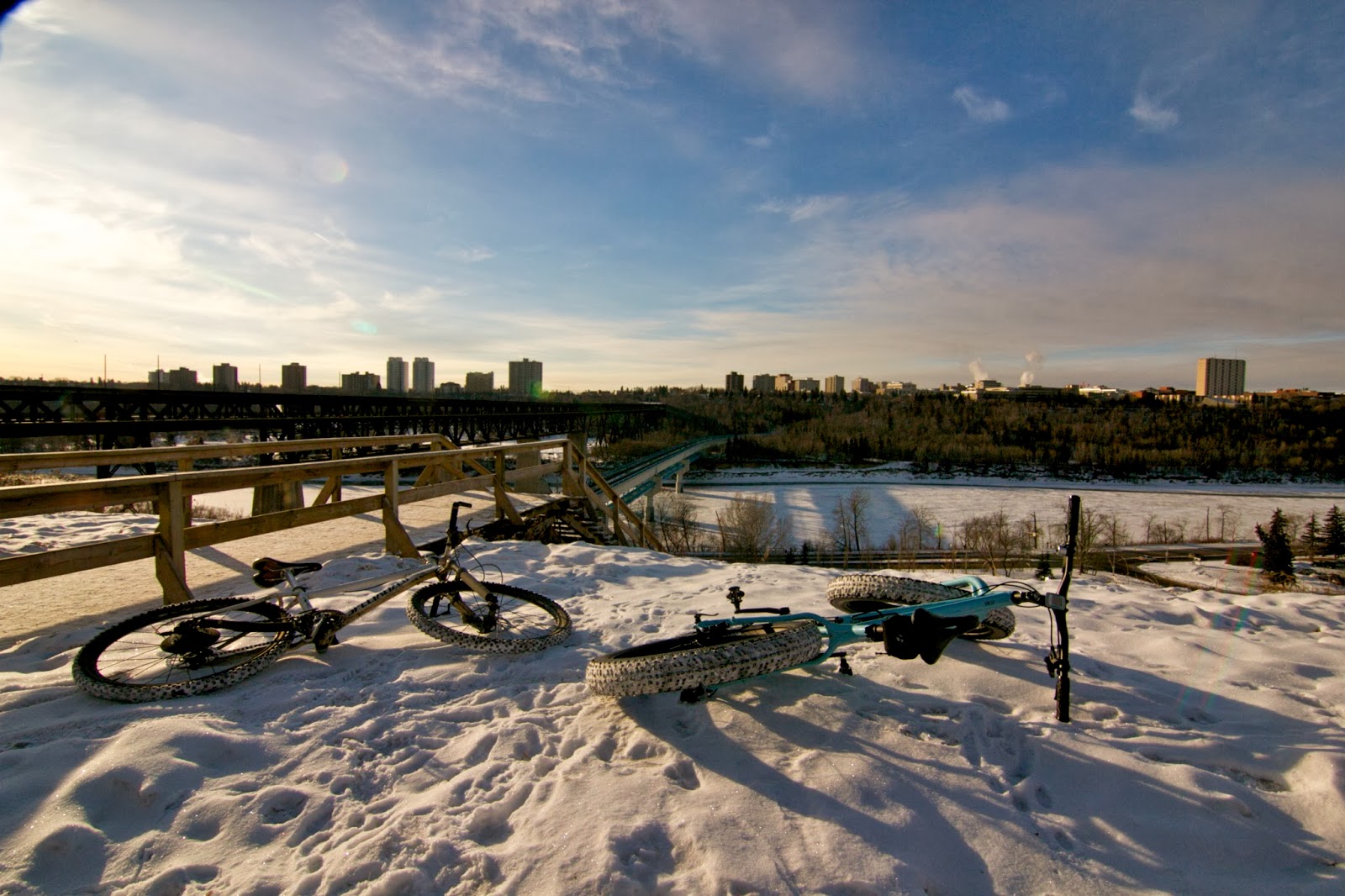 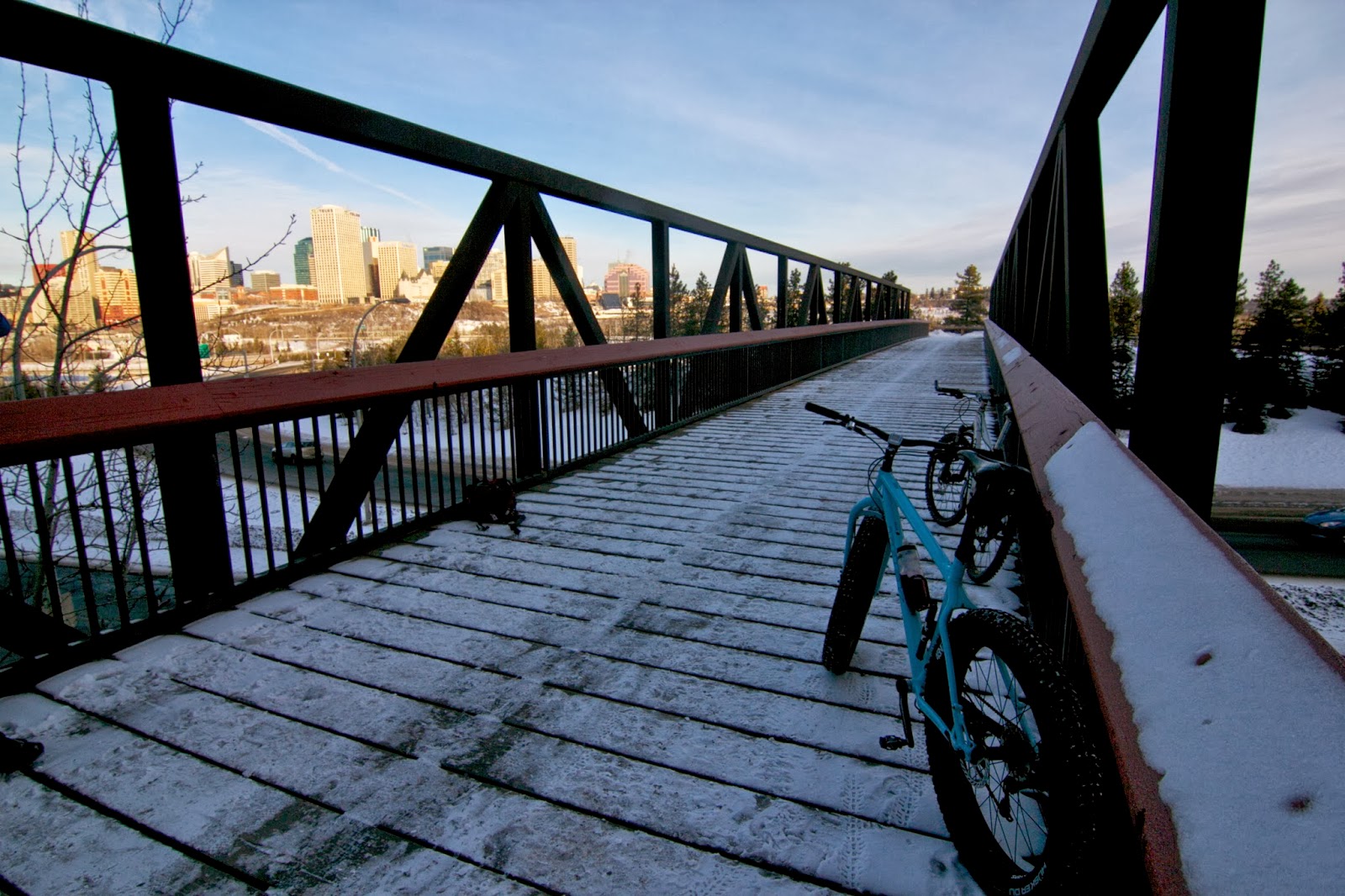 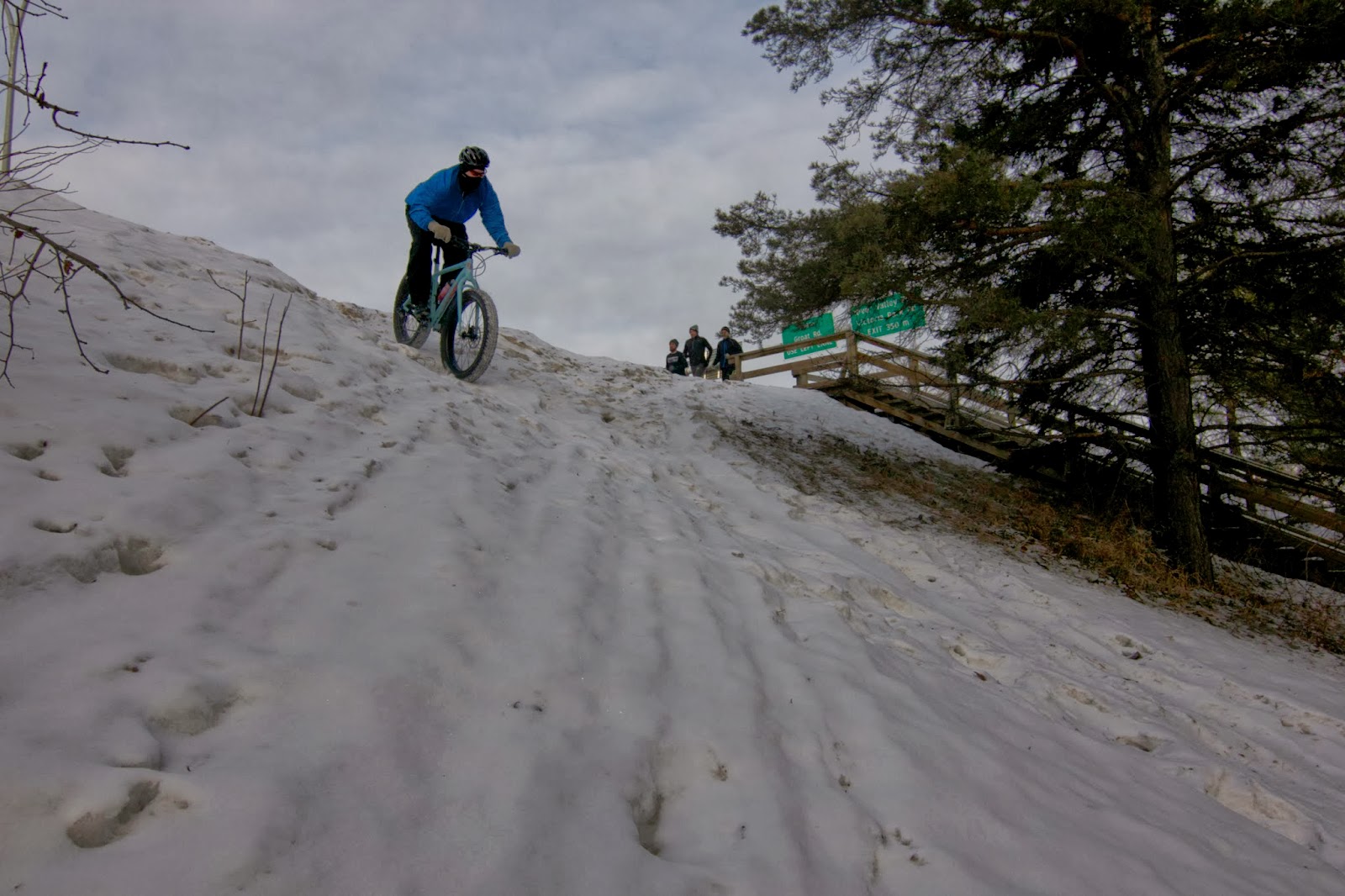 A day before the big day and the first meetup of the year with Jason and a great ride was had. The best of the year so far and the longest which started in Mill Creek and crept its way on the North side of the river where most of the ride was had. The trails and temperatures were almost perfect and this ride proved just how awesome Saturday mornings really can be.

Feeling small and incompatible next to his new Trek fatbike, I rode trying to show a strong sense of pride in my white Winter warrior which is now starting to show it's age. Do I step it up next year and go fatbike? A question circulating through my head all year. Today there was no reason to have a fatbike with a hard crusty surface covering most of the trails I was good to go anywhere. The group of fatbikers we saw when we were split apart who gave Jason the biker fist wave and gave me a nod was a definite blackmark on the whole fatbike genre. Is fatbiking really becoming somewhat of a cult? Maybe next year I can have a 650B wave going with all all us in between wheel size guys?

The ride took us to Hawerlak where we crossed and came back through Mackinnon  and stayed low on the North side to help save my legs. Reflecting back on the ride I am still considering a fatbike in the future. Today there was no need for one but that changes quickly in the Winter time. As I've heard time and time again. These things change your whole prospective on Winter riding, now why else would groups of fatbikers be giving gang signs with one another when meeting up on the trail? There is obviously something special about those bikes. I mean gang signs... Wow, that's passion!