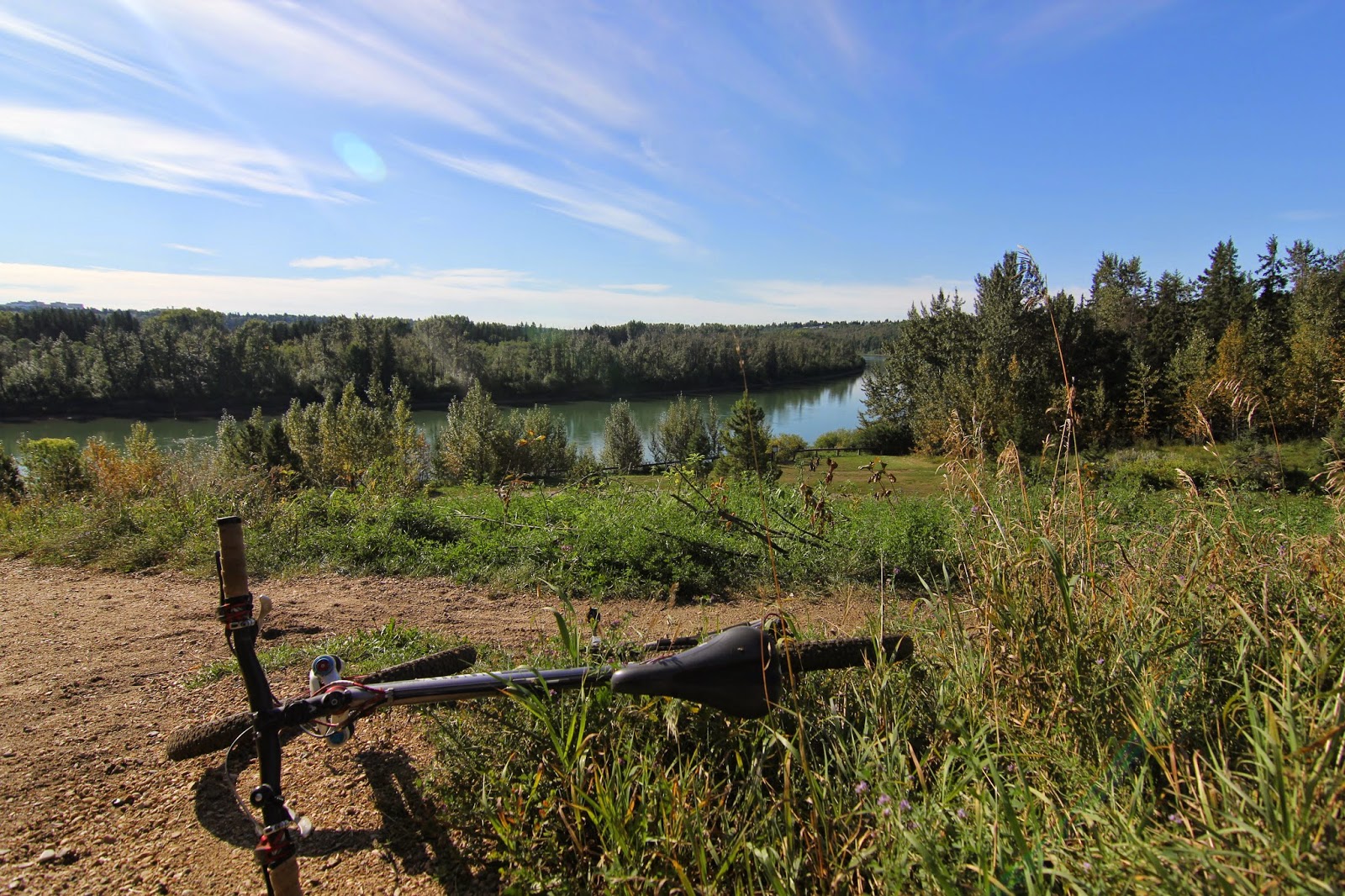 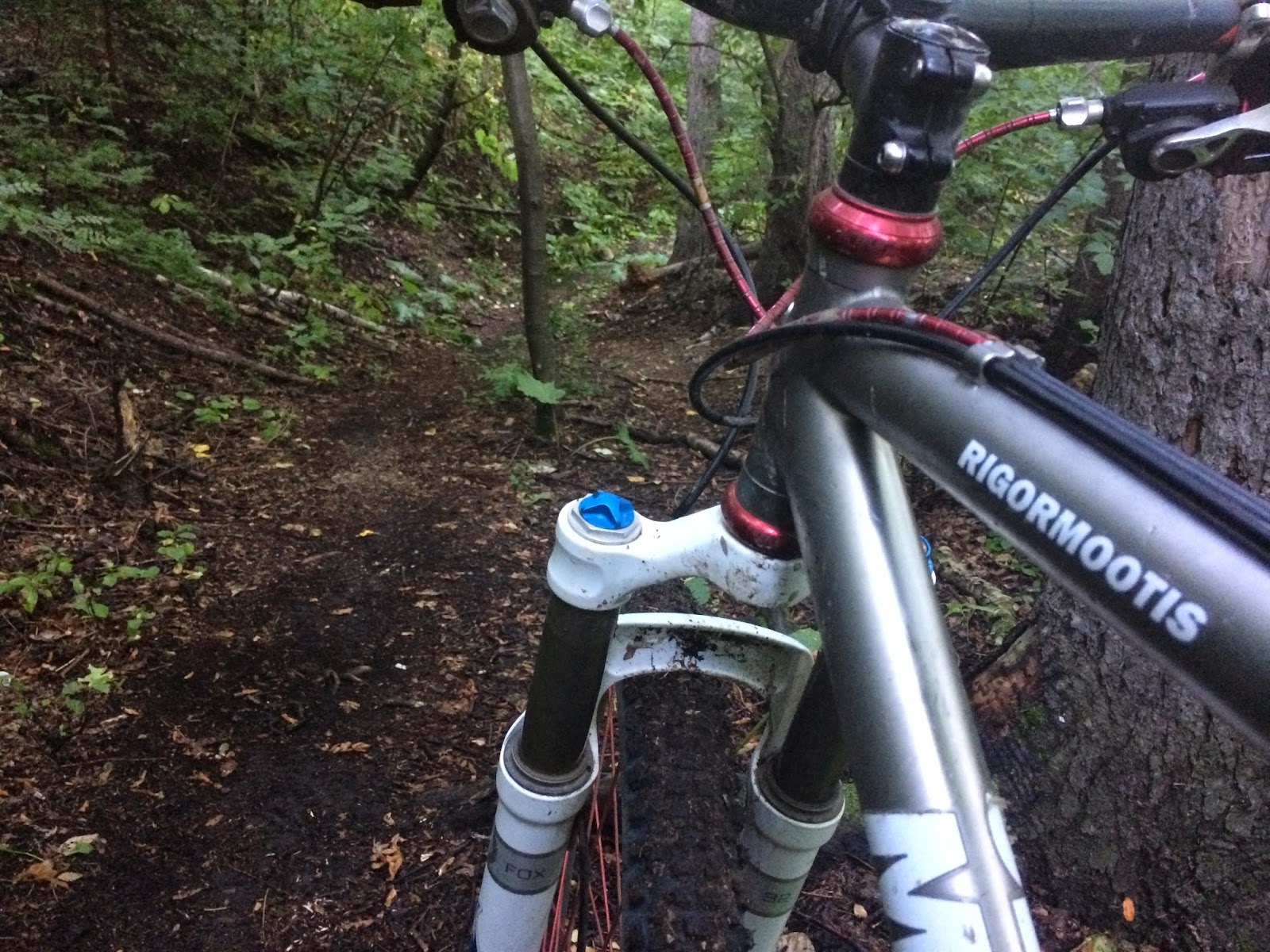 Mountain bikes are so fucking cool. This mornings ride was filled with so much happiness and emotion, I'm sure no other activity could duplicate. It seemed like a long one, well it seems like it was now still recovering here at night. With no GPS to go off of course which is still an incredible piss off. I have just downloaded the Strava app on my phone to serve as a long term replacement until I figure out what to do and hope it shows up. My wedding ring went missing for four months until my daughter found it, so I am going to wait, keep looking and hope it shows.

The ride started near the river boat and I stayed on the south side riding Old Timers and up to the higher Canada cup trail which has a name but escapes me. Here have a look on my GPS... Doh! I stayed on dirt through the Kinseman trail system where I rode and hike a biked to the top. A High level crossing was had where no cars passed due to the Triathlon and it was nice and quiet. I will now start a petition to the city to close the High Level Bridge on Saturdays to traffic (in the Summer months only) imagine not having to listen to those douche bag yuppies riding their loud bikes across that bridge. With each engine rev, they are sure their penis grows just a little bit bigger.

Victorias Secret was ridden for the first time for me in reverse and it was quite pleasant and my affair with that trail has blossomed quite a bit. Tight trails with trees enveloping you over top was quite cool. The only downer were the homeless camps and homeless people sleeping near the trail.

Groat Road Rollercoaster was than ridden in the proper direction and that is when I started to have bike orgasms which made me curse in the beginning of this post (sorry Mom). Mackinnon was run through backwards and I made my way to Hawerlak with temptations of a Talus dome selfie but the ITU Triathlon sucked me in like an old man at a small town Tim Hortons.

Inside I was lost as I tried to find the exit to Emily Murphy and wondered why I don't come to this event. It's world class event in Edmonton!  I guess I was there but not really. I was on a ride and just wanted to get going. They were between races and it was a bit of a lull so I vamoosed to Emily Murphy where I rode a new trail in Mill Creek introduced to me by two kind gentlemen and soon ended back at the Jeep. Exhausted and filled with Endorphins with happy un-sore testicles. If you are wondering why I mentioned testicles, see last nights beer review, that was a cry for help!