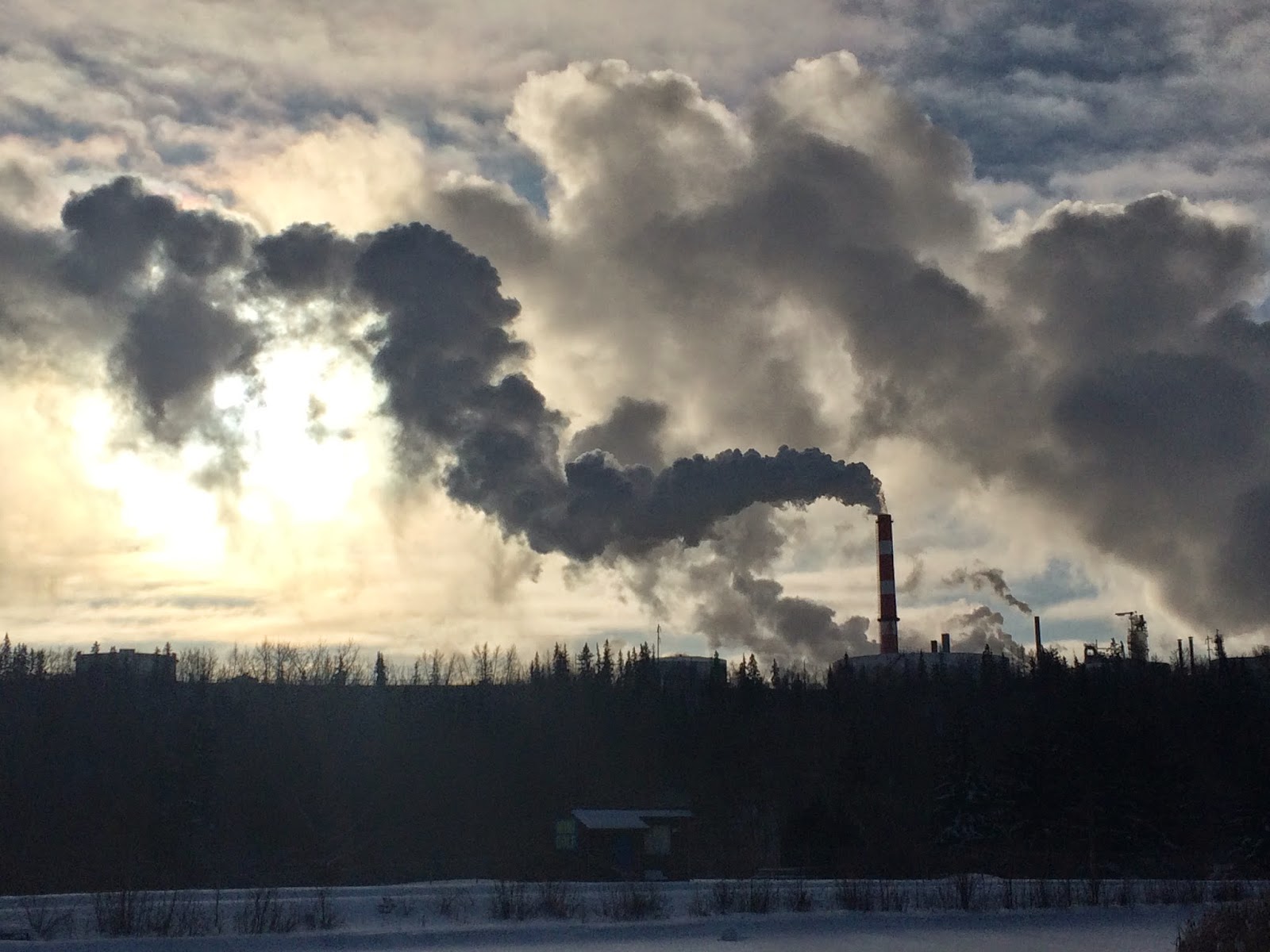 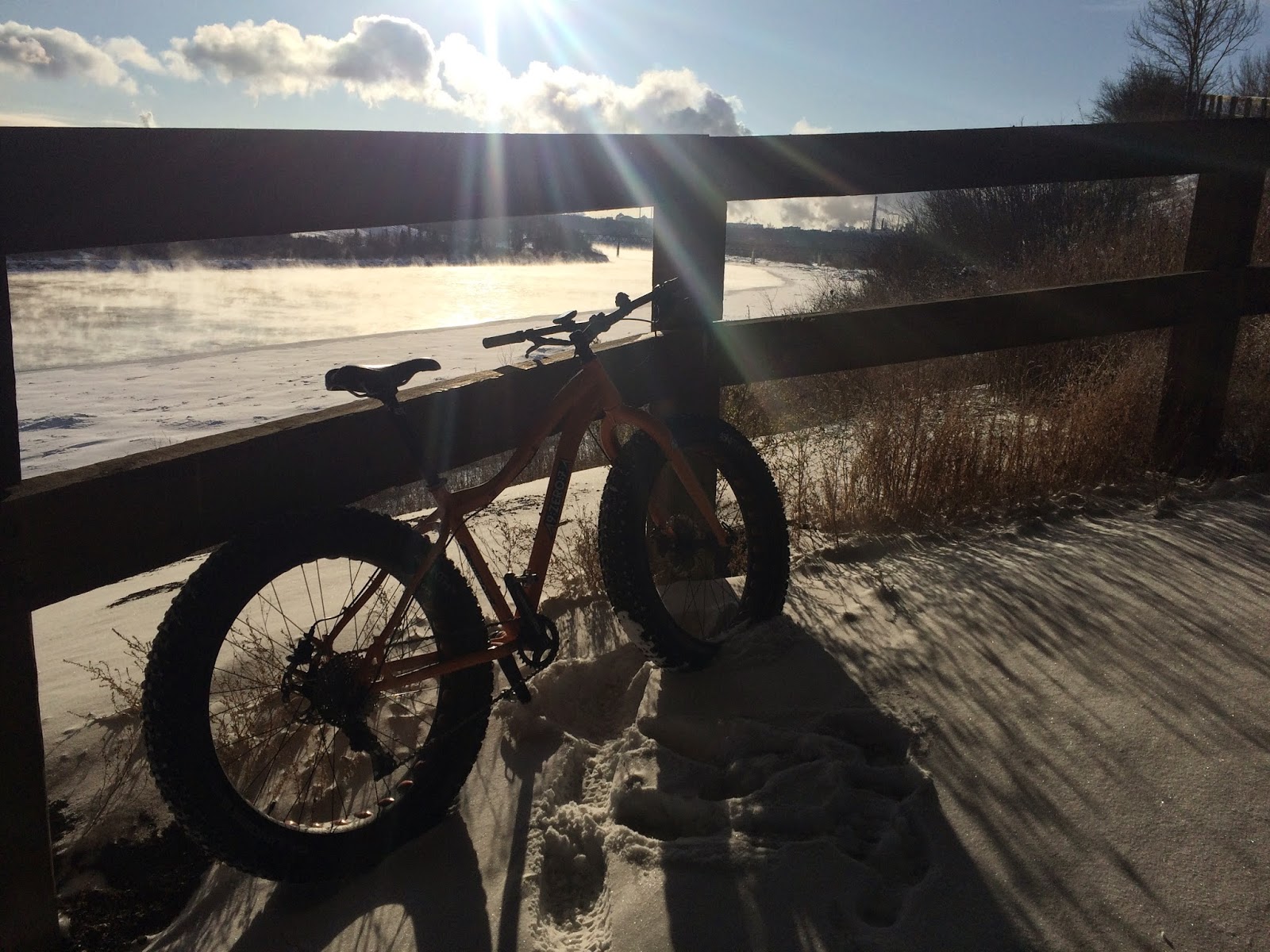 It sure is odd how we can go from plus two degree weather to minus 25 in the span of two days, the last ride was spent on incredible trail conditions where everything could be ridden. Today's ride was not quite the case. If the trails were not plowed or trampled on by other trail users it was not an easy quest by any means. I ventured out into the fresh snow a couple times to have my front tire slide out from the amount of snow I was trying to navigate through. Or my rear wheel lose traction and spin out. Yes, as I learned from the last big snowfall and this one. Fat bikes are far from invincible.

From Capilano park I headed East where the ride featured four river crossings, four ascents out of the valley, and two shrivelled up testicles. It was nasty cold out there today.

The valley was eerily quiet with the cold and I almost wished there was somebody down there. The odd sighting of the day was seeing three people come out of the woods in Hermitage Park with a blanket and what looked like a baby wrapped up. I rode up to them and realized the 'baby' was camera equipment and it was two girls and guy. What they were doing in the woods and the manner in which they were dressed had all sorts of kooky thought's going through my brain. I looped around and rode through the parking lot and they were in a vehicle I'm sure saying the same thing about me.

"Why is that idiot riding a bike in the middle of Winter?"
"What the hell kind of bike is that? Is that guy retarded?"