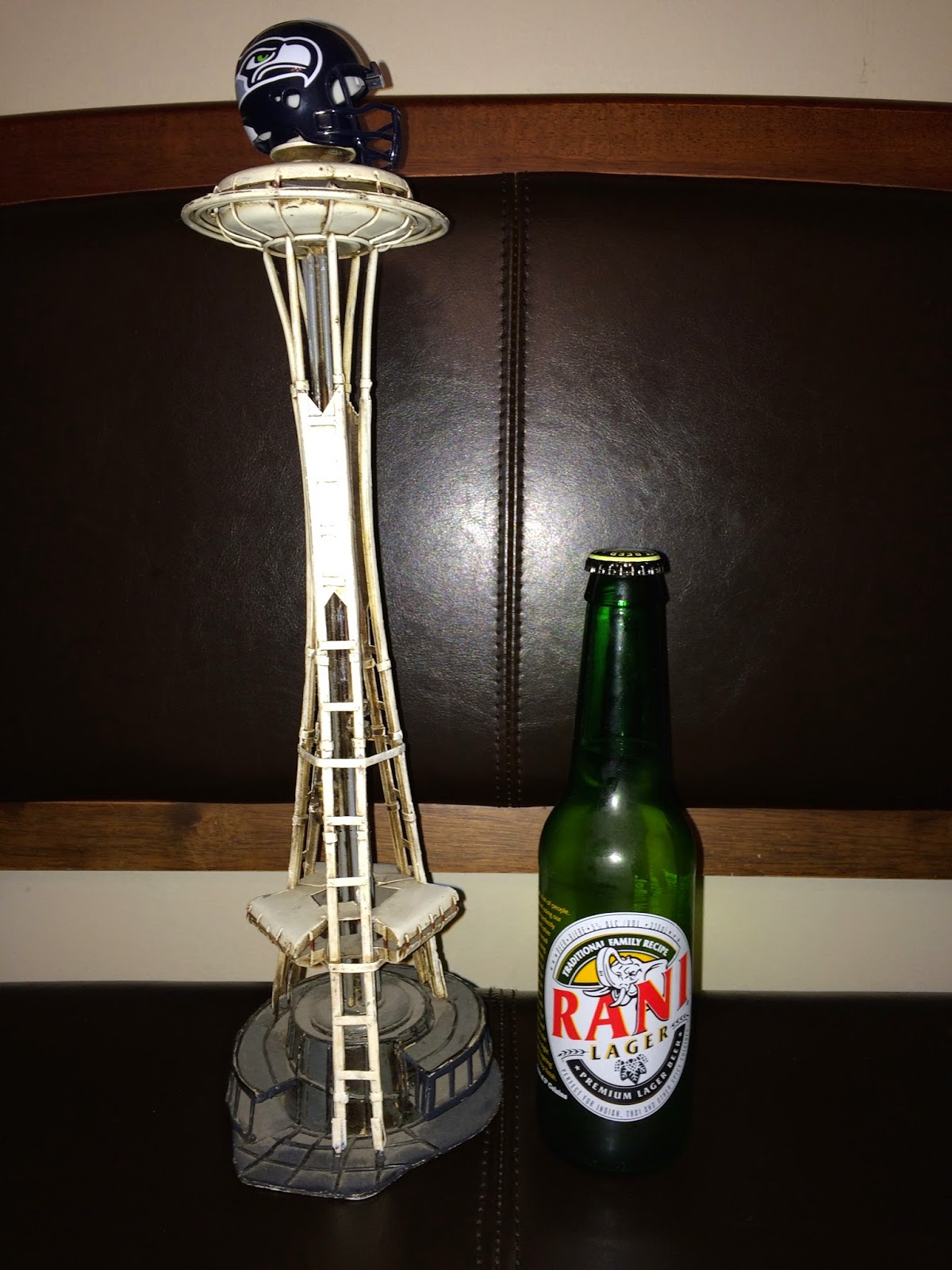 The first appearance of Beer Friday for 2015 on the eve of the biggest football game of the year so far for my boys. I personally cannot believe the Seattle Seahawks are on the doorstep of the Super Bowl again for the second year in a row. From the young age of fourteen I fell in love with a team that drowned in mediocrity. I loved the team, the fans (aka the 12th man which existed back then but nobody thinks they existed until 2012.) Which is what I loved about them because they were the team nobody cared about. Lordy Lordy has that ever changed. Where were all these Seahawk fans four years ago? People are funny. I personally welcome all these new fans because it means the team is kicking ass which is pretty rare for the Seahawks.

I apologize for the football talk. What can I say? I'm excited. Minhas brewery has been on here a few times and I'm thinking their track record has been below fair. Rani Lager is a traditional family recipe that goes well with Indian Thai and other spicy dishes as it says on the bottle. That statement immediately put fear into what I was going to test. I am not a big advocate for the spicy foods. Why was this beer a big fan of the spicy?

The pour was my second concern, absolutely nothing exciting or emotional happened. Normally a few interns burst into tears. At times fireworks erupt in the Lonebiker testing lab backyard. This was very drab as a very light coloured liquid poured with absolutely no head. I was perplexed and I sat in the corner of the room shuddering for a couple hours wondering if we should continue.

We continued and there was nothing there. Its hard to discern the taste of this one other than it tastes like nothing is there. This was a disappointing way to start the new year off. Slight hops were traced next to bitterness which made me want to fill my mouth with spicy food. 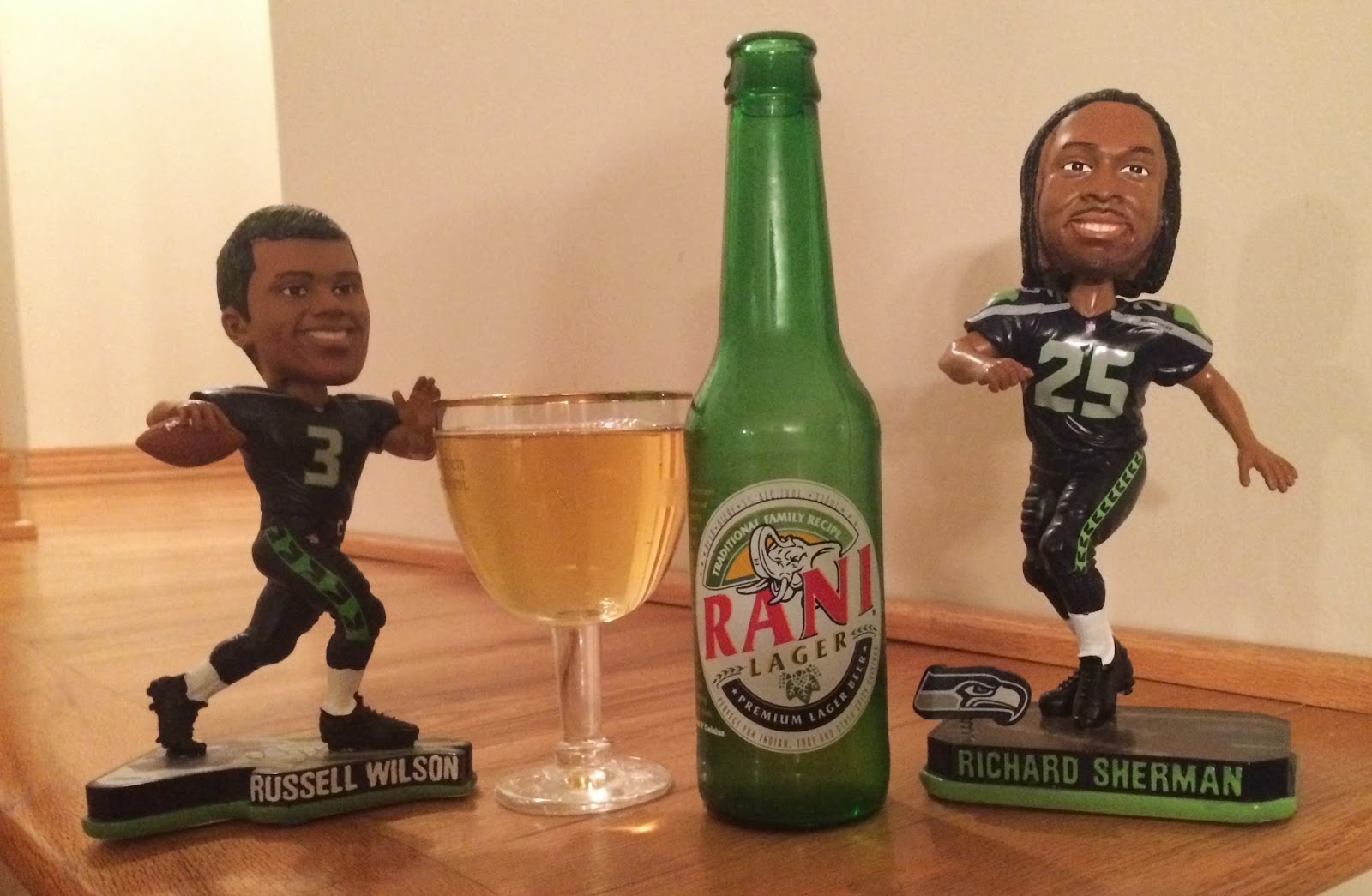