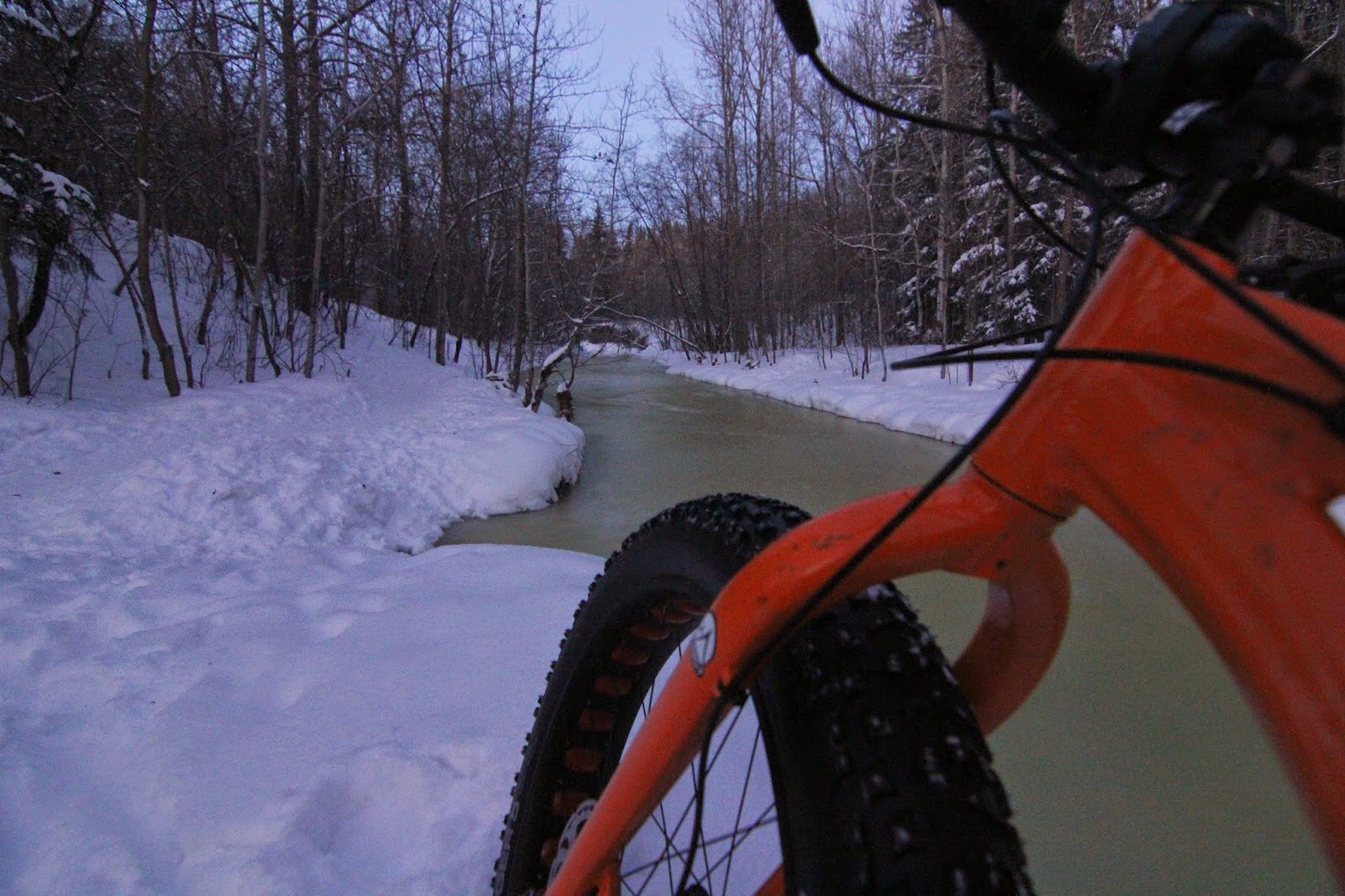 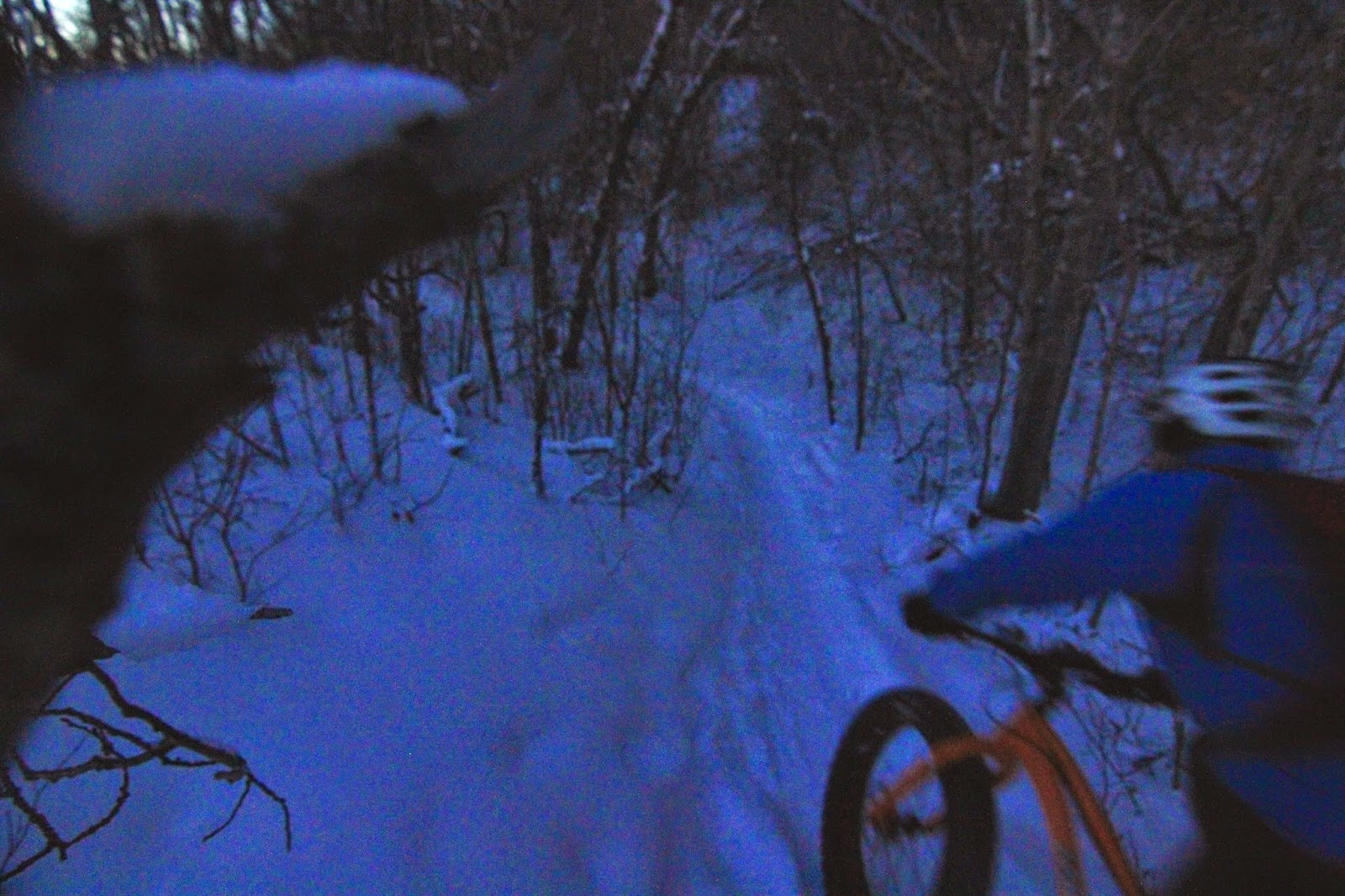 This was one of those rides where things just did not go to plan.

* Camera's didn't cooperate.
* Lights didn't last.
* The trails didn't approve of me riding them.
* New shoes are not behaving like they should.
* I was passed by an older commuter guy. Wait! That didn't suck! That guy was awesome and he knew it. He saw fat bike and he saw prey. He pounced and passed by me in the same matter that Jennifer Lawrence would. I love seeing guys like that and hope to be one in the future.

I would have gone riding tonight even if I knew it would be a frustrating affair. The after ride glow is here now and I am one happy little biker.

I started at Mill Creek ravine. My now old parking spot, the spot I parked at for years and years religiously. That was going to be the theme of this ride report but once I got the camera set up to take the first ever lonebiker riding video, my camera did not want to record which angered me to no end and I punched the first off leash dog walker square in the nuts (that was a joke, some people may take that literally. 38 years and I never hit one person in my life. I'm quite proud of that. I do know how to run away real fast which contributes to the no punching people policy I adopted in grade 5.)

The trails in Mill Creek were fine and no issues were had. I rode down Edmonton ski clubs hills which were unsurprisingly closed yet again. Oddly thinking of all the press on it becoming an Edmonton ski-hill mecca.

Once at the bottom I headed east where loose snow caused two crashes.

Crossing at the bridge and taking the paved home was a decision I made as I did not feel like getting murdered or raped in the dark singletrack. Some multi use was ridden and it was quite stupendous. That alone made the night out worth it.

Despite the snow down my pants from two crashes and the chill that incurred from it. I entered Mill Creek where I eventually climbed out of the singletrack onto the paved where suddenly my lights died. Yep, they only lasted an hour and forty minutes after a full charge.

The ride home was done in complete darkness with no signs of what was in front of me (I told my wife that to sound like a total badass and it doesn't look like it worked.)