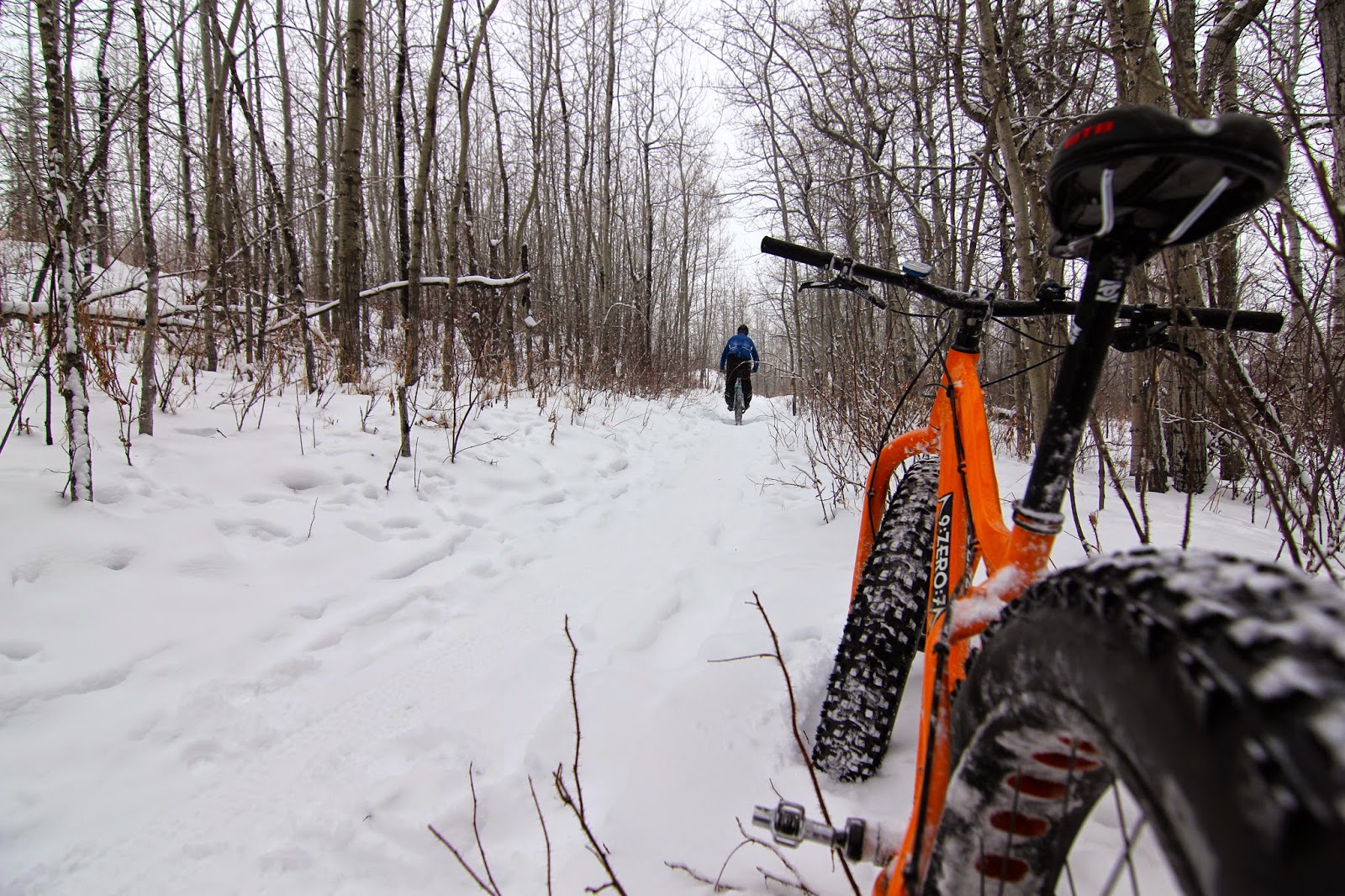 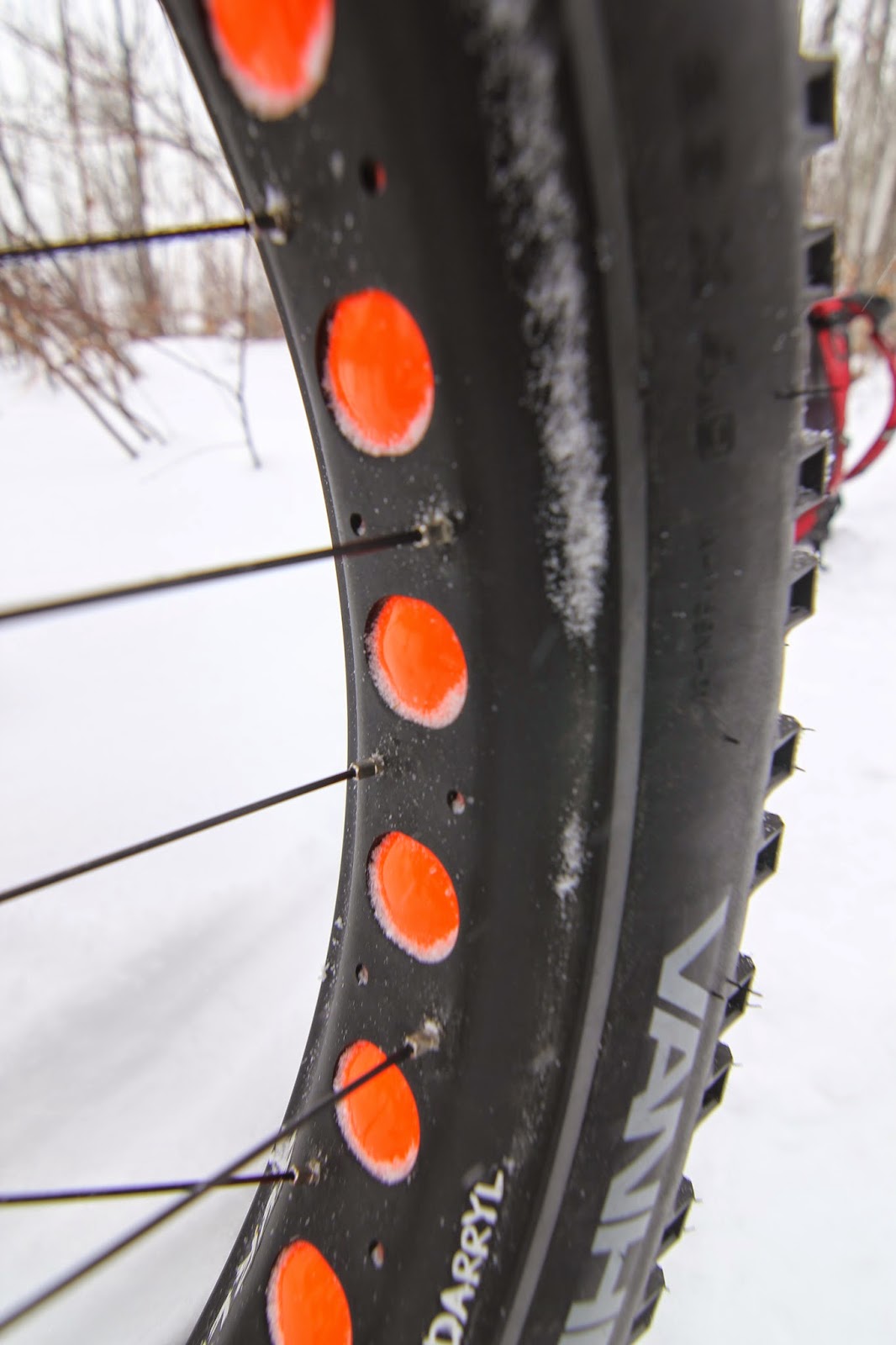 The last time I spent an entire ride strictly in Terwillegar park without being tempted by a visit to Oliskew, that incredible Fort Edmonton bridge, or my favourite shiny ball sculpture. I think George Bush Sr was in office.

Meeting with Jason on a snowy Winter morning had all the makings of an incredible ride. We rode up into the hills where the fresh snow didn't seem to interfere with the bikes too much. The smug looks of our fat tires as they plowed through the fluffy fresh powder was something that would go away later in the ride.

This was another hit or miss ride in regards to good trails to navigate through. In the hills all was great and when we decided to go to the Henday bridge it got a bit choppy. The front tires were a bit unpredictable at times and we fought the washouts. Eventually I spun out and almost crashed on a transition from descending to  a steep climb. Jason hit the same washout I did and ended up ass over teakettle in the cushy snow.

More loose snow was ridden and eventually we were lost in the middle of the loop (well I was) I never really explored the middle section of the park and at times I had no idea where we were. Well thank goodness Jason was there to lead the way. In unfamiliar territory we were forced to push our bikes through unrideable trails. It was tough slugging through the middle.

With the ride over and having no dogs chase us (which is quite unusual for Terwillegar) mind you, there was sort of one. I could only hope that large group of ladies preparing to go snowshoeing at the parking lot once our ride was over trampled down lots of those loose trails.