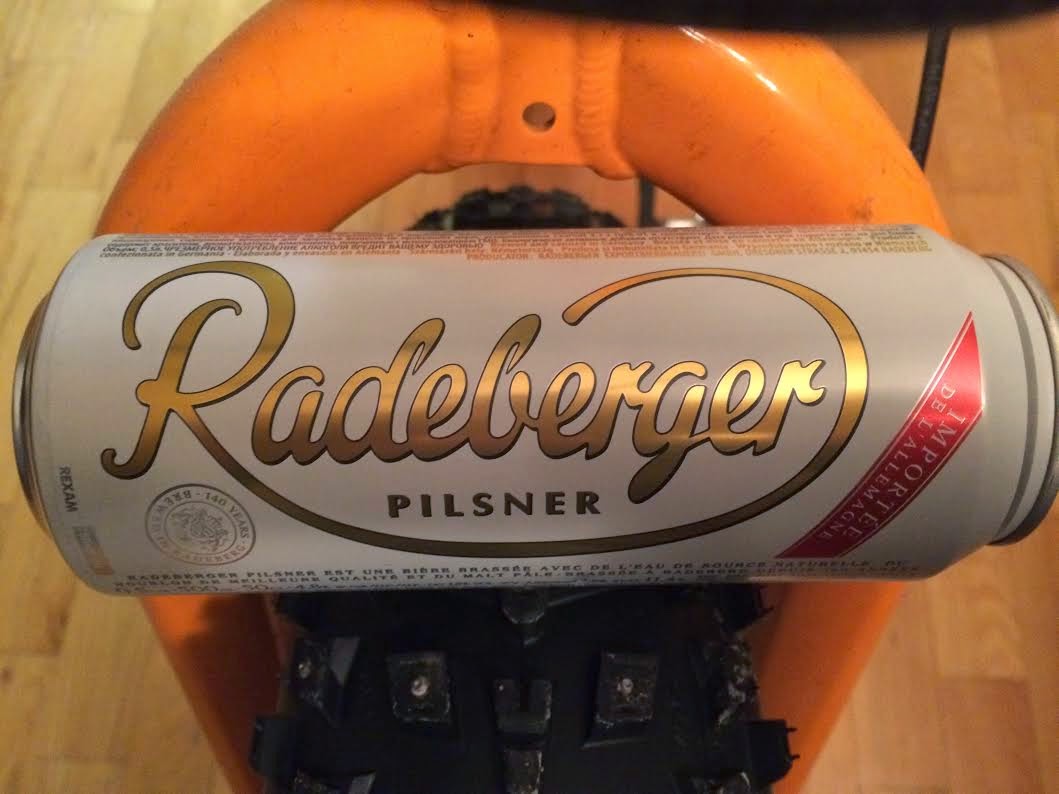 After another sad shitty week of working hard to find a job only to keep hearing about more and more layoffs we bring you a beer to review from Germany. What made this week extra shitty is the serious state of shitty riding I have been encumbered in. If I could ride for five kilometers without feeling like a big bag of shit things would not be so bad, and that's the truth ladies and gents. Bikes are delicious. Combined with great trails, they are out of the world orgasmic. Combine that with a beer or two after the ride. Well brothers and sisters, I have no words.

This beer was born in Germany so as you can expect it was born in the 1800's. The late 1800's to be exact. I don't know the exact year and have since fired my head beer researcher for that giant hole in tonight's beer review. The brewery resides in Radeberg, Germany. A small town with a portable television set company that is well known. Other than that, the Radeberger brewery. I'd say for a town of 18,000 that is pretty swell. I mean, my town of Beaumont. What does it produce? A bunch of narcissistic give me the world cause I deserve it Albertan's, that's what!

The pour was somewhat marred when trying to get one of the families many dogs into the shoot. It eventually worked but it spoiled a great looking pour that gave us a fantastic three fingered head on top of a pilsner that put's Budweiser to shame in a big way.

Pilsner's are the most common beer out there and the strong majority of the big players should be ashamed of themselves, yet sadly, too many dumbasses keep buying them. I feel Germany's Radenberger is a winner because I never heard of them and yes (beer bias here) they are from Germany. The first sip gave me a shot of well balanced hops with at first a bit of bitterness. Once going on this one the bitterness went away. This would be perfect for the back yard barbecue on a hot July Saturday evening after an awesome ride. High traces of goodness in the lacing linger on the glass as this one goes down. 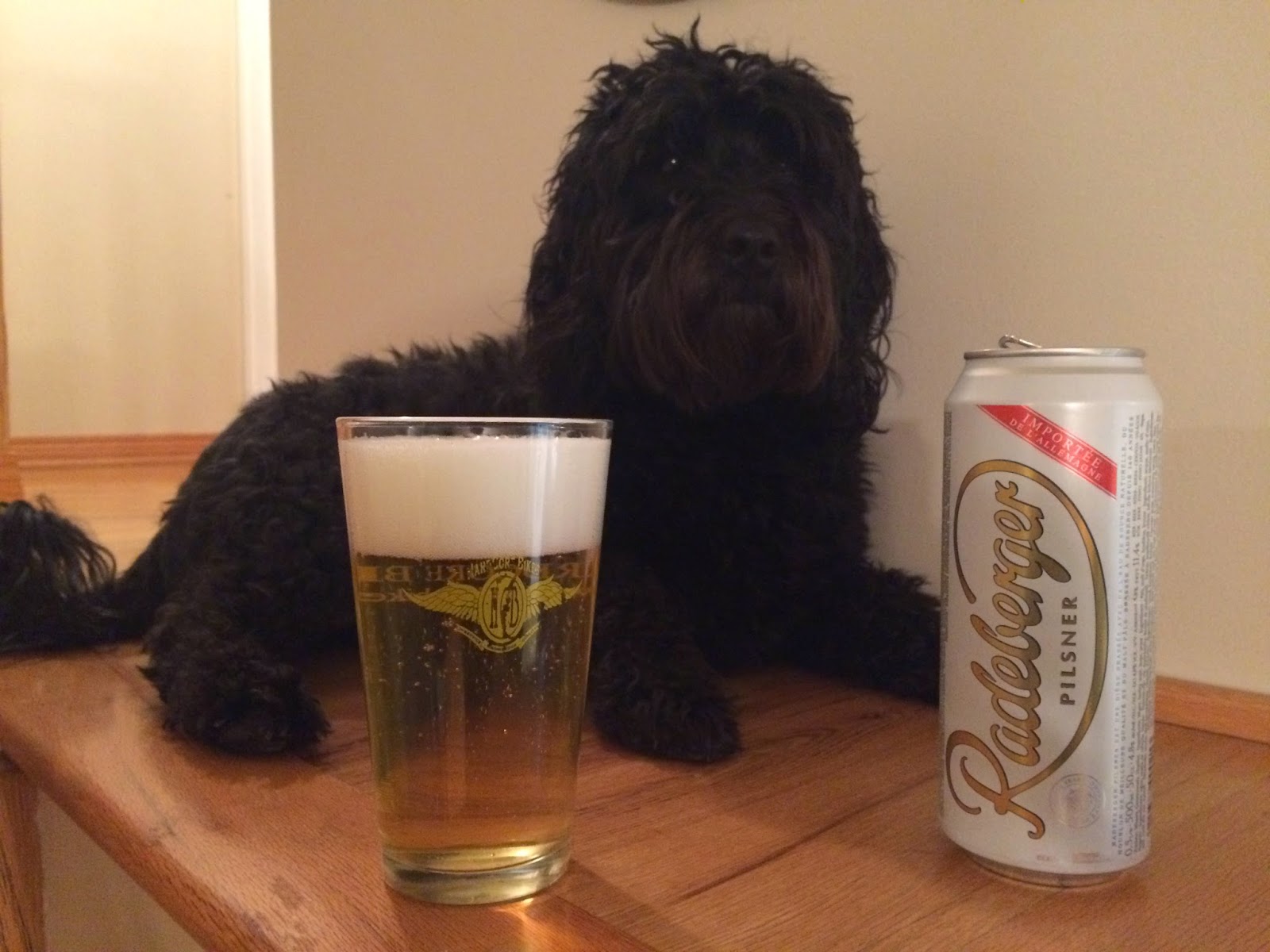