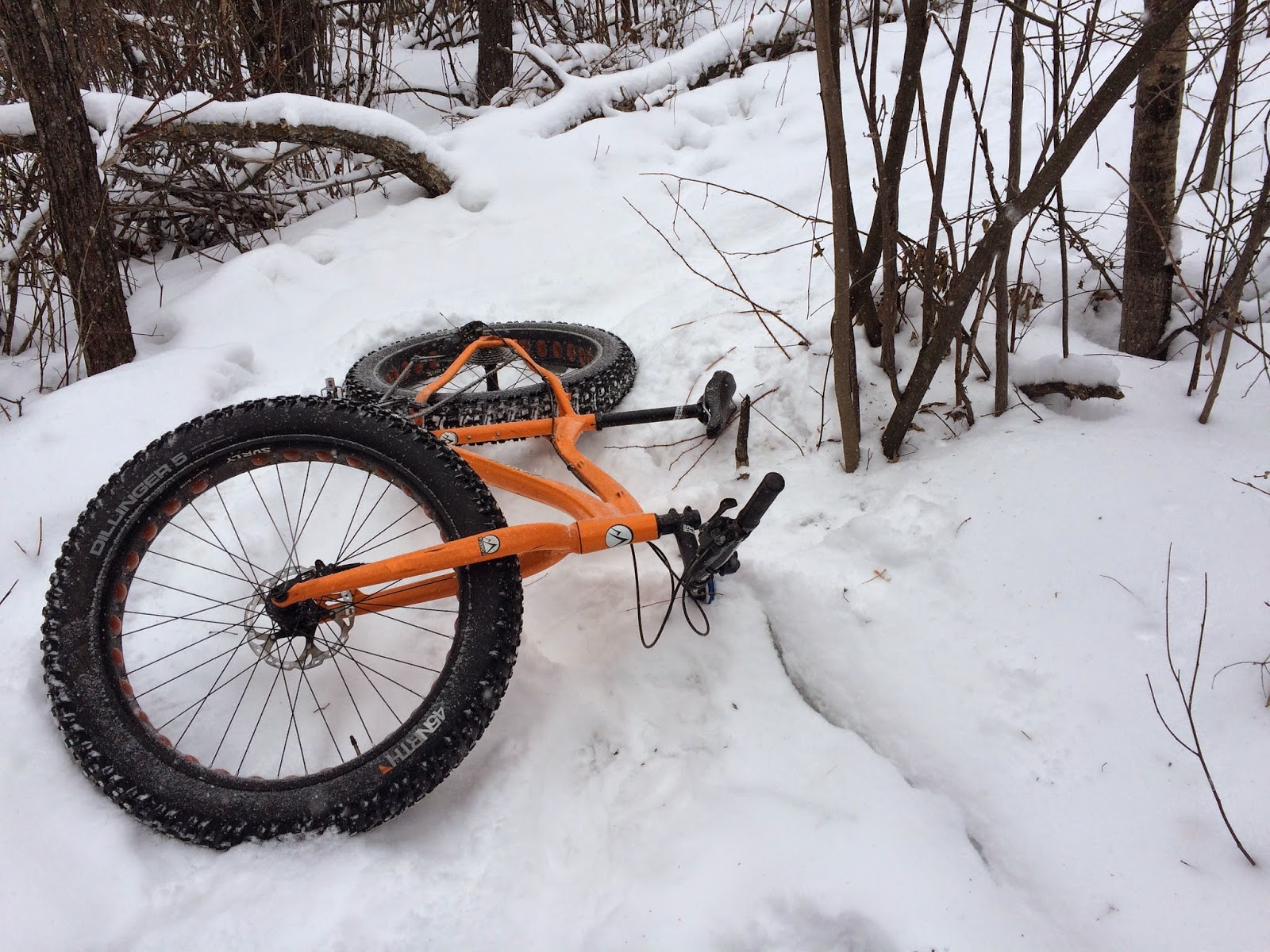 Normally I don't post up rides that were under 5 kilometres. Seeing as there has been no action on here this week an exception will be made. A new parking space which I will now look at as a bit cursed on top of forest Heights, opposite side of the school where yesterday a failed bike ride happened due to missing equipment and now today's incident cutting a potentionally big ride quite short.

All was fine as the ride started in the fresh falling snow. It was quite exciting as the plan was to ride as much singletrack I could before this snowstorm closed things down for a bit. There was a small amount of snow covering the paved so the green light was given to drop in behind Mcnally school on McAlloon Rip, climb up Roland road and hit Caddy Shack or Cadillac and keep heading East.

My dreams today came to an abrupt end as a massive fat bike rut sucked me and I tried getting out. Bad idea. I crashed into the trees in the opening picture and my handlebars swung around and hit my knee. It was one of those excruciating painful hits and I lay in the snow and swore like a trucker on a heavily loaded Monday morning during rush hour. The pain subsided after what felt like an hour (it was really only a couple minutes) and I climbed up and out of the valley with my tail tucked.

I could have kept going but the pain was strong with each pedal stroke and with newfound history of breaking important body parts. I went home.

This week so far has been the complete opposite of last week.