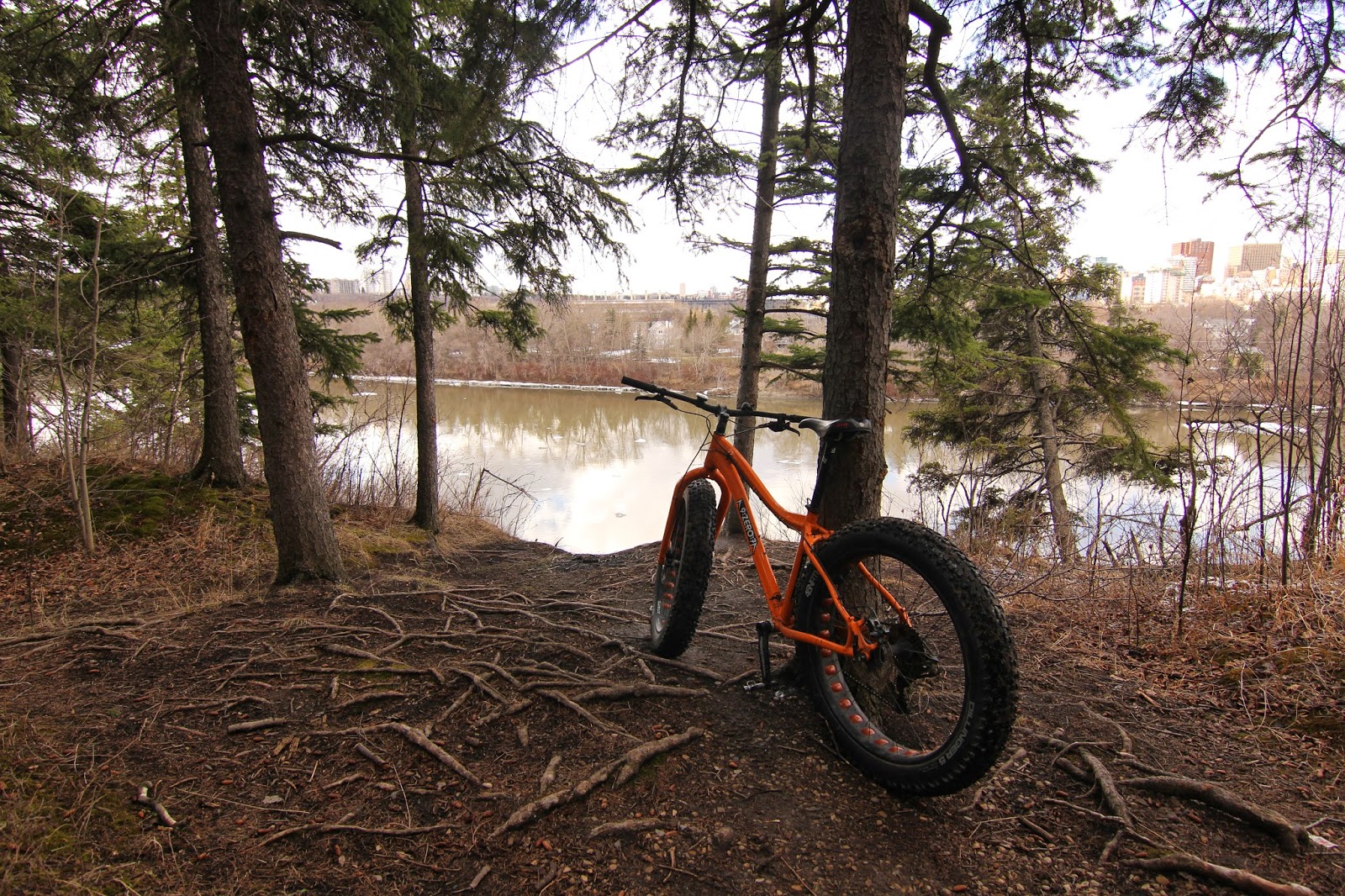 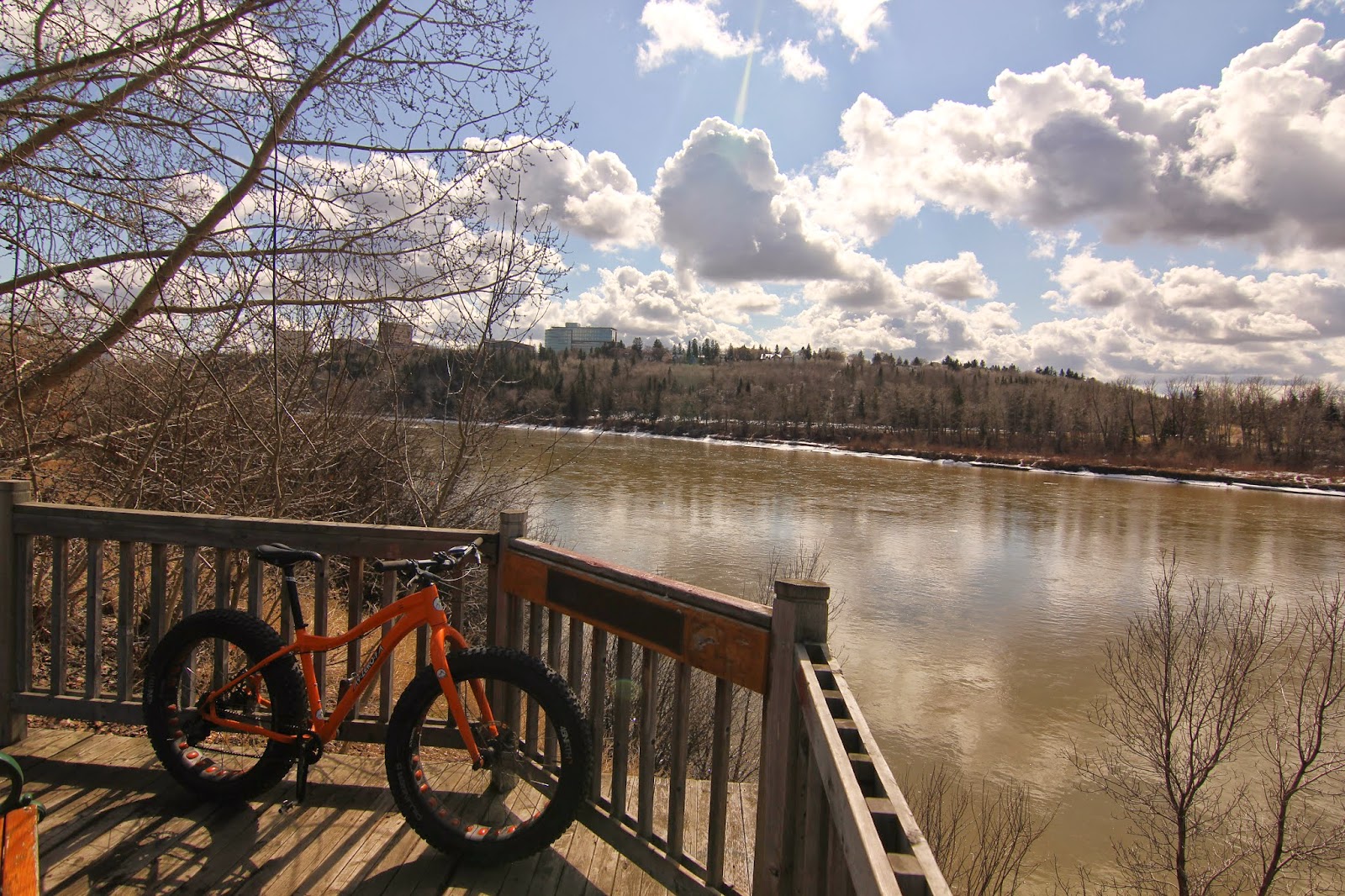 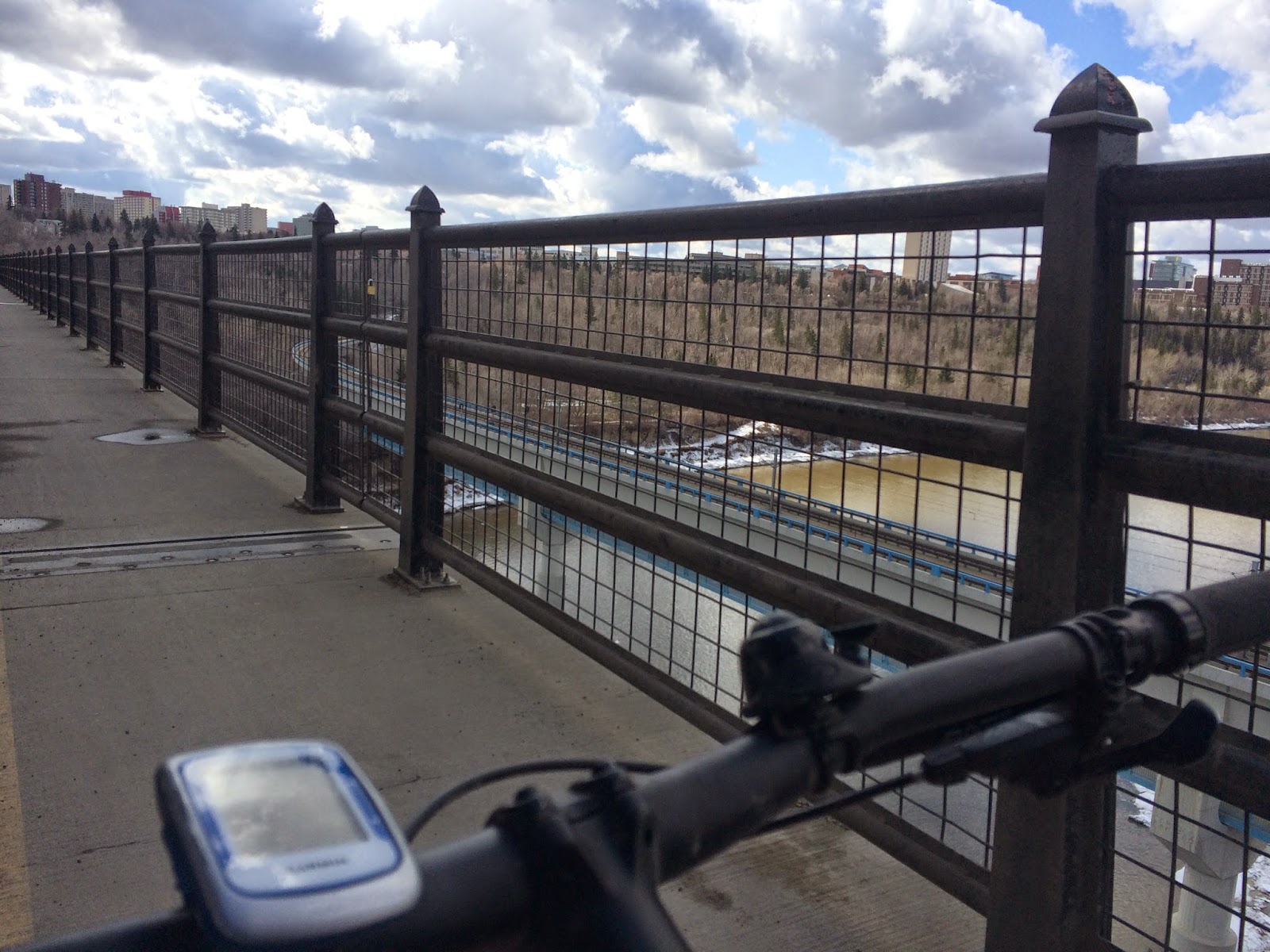 The return to the river valley today for a short 15 km ride left me happy and satisfied even though the ride could have been about 10 km longer.

With really having no idea on the current trail conditions I strapped the fat bike onto the Jeep as I never did get an official farewell Winter ride in.

Driving into the city and I knew the Winter bike was the wrong choice. The ride started by the Queen where my large studded tires roared like a mad beast which had most of the river valley inhabitants stop and take notice. I felt bad punishing the tires on the paved trails and my thoughts quickly turned to owning a cross bike. The attention my bike was getting was a little over the top and I quickly became annoyed at all the stares and mentions as I passed by people. One family even stopped to take a picture.  The valley was full of non Winter folk and I was not in the mood for the scrutiny my bike was getting.

Being as it was the last ride I set the thoughts of all the attention I was getting to the side and thought I should stop being a bitch and not worry about everyone staring.

For the first ride back it wasn't all that special but being in the valley felt great. The trails still have some time to go before they are ready forcing me to spend most of the time on paved trails. In the end, the feeling of being back in my valley was pretty damn good. So good in fact I teared up a little bit.