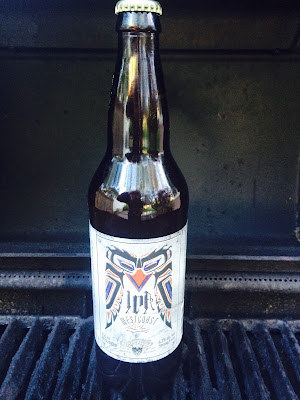 Beer Friday on a day and week that I have no idea how things have gone. This is the third beer review done while on the last set of days off. This week I am currently in has been absolutely awesome. With over 120 kilometers of trail conquered with one more ride to go, How could life be any sweeter!

You will notice when I am gone the blog activity slows down dramatically. A couple music posts with hopefully a bike video thrown in and that's about it. I seriously don't have the time when I'm up there. Hence the pre-packaged beer reviews done while home on days off.

Penticton, British Columbia is home to Bad Tattoo Brewery. A brewery that has stood for a very long time and become a part of the awesome Penticton culture.

Sigh.... Anyways, I have serious writers block here. As I said. Three beer reviews a week, Let's move on to the pour and taste now shall we? Even the interns are tired of this bullshit.

The pour gave us a nice dark golden beer with a head that would take four child's fingers to duplicate it's awesome stance upon this beer. Once poured. The interns, pourers, beer wenches, and executives were all captivated by this one. Even a few tears were shed. The first sip proved we were wrong in not being excited by this one. A very easy to drink India Pale Ale. A very smart use of hops gave this one of the best IPA's I had. Dark, golden, and incredible. That's the best way to describe this one. Sorry Bad Tattoo, Westcoast IPA. You had a bad opening, but you ended up being awesome. 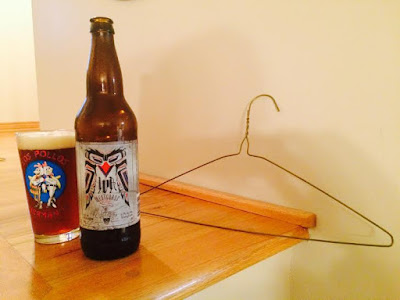